What happened at CoP26: A complete report card 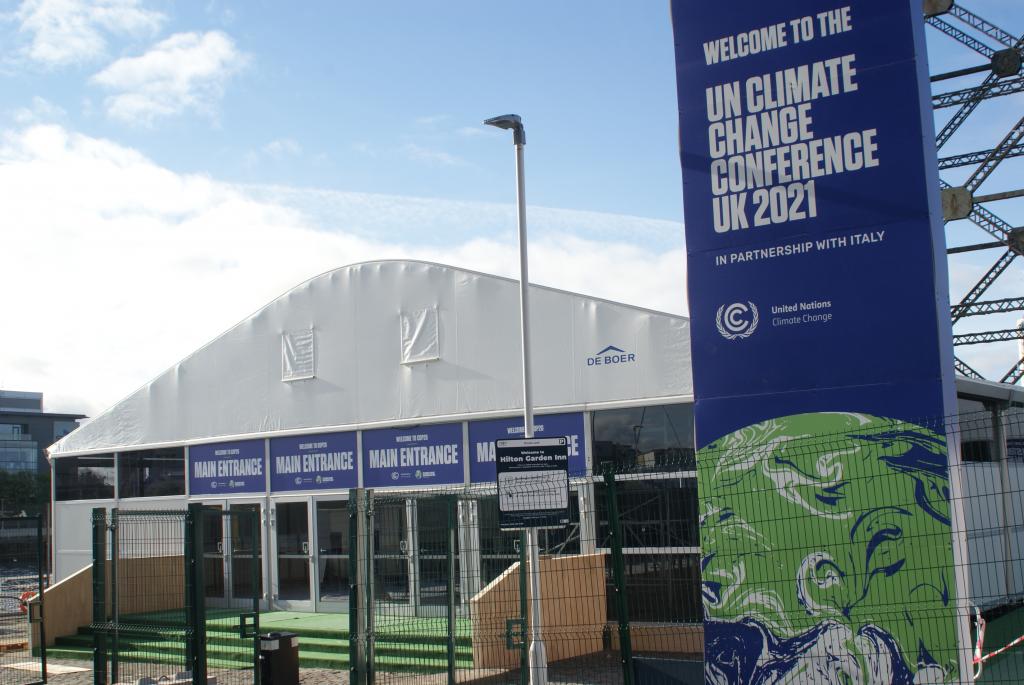 Has the Glasgow Climate Pact succeeded in going far enough to keep the world below a 1.5 degrees Celsius temperature rise, necessary to ensure that our world can avoid the worst and catastrophic impacts of a changing climate?

The answer is a resounding ‘no’, said Centre for Science and Environment’s (CSE) Director-General Sunita Narain.

CSE researchers say while 26th Conference of the Parties (CoP26) to the United Nations Framework Convention on Climate Change (UNFCCC) acknowledged that the threat of climate change is real and that urgent actions are needed, it did nothing to raise the commitments to cut greenhouse gas emissions.

Instead, it highlighted the deep distrust between the already rich and the emerging world and did little to acknowledge that combatting climate change requires cooperation at a scale never seen before.

The Pact’s fundamental and fatal flaw is in the very first page, where it says, rather dismissively, that “it notes the importance for some of the concept of climate justice”. We cannot erase the fact that certain countries — the United States, European Union-27, the United Kingdom, Canada, Australia, Japan and Russia and joined now by China — have consumed roughly 70 per cent of the carbon budget, the space in the atmosphere that is available to keep the world below the 1.5°C temperature rise. The challenge is that the world has run out of carbon budget, but some 70 per cent of the world’s people still need the right to development…

She added: “The Glasgow Climate Pact’s only achievement — if you can call it that — is that it acknowledges and reiterates the need for financial support for adaptation, but it does nothing more than this.”

CoP26 should have acknowledged historical emissions and not diluted or erased them.

About 70 per cent of the world’s population needs access to carbon space for development; they cannot be told not to develop. CoP26 needed to confront this inequity and ensure that it is addressed while securing low-carbon pathways for the world.

It is a mockery of the principle of Common but Differentiated Responsibilities (CBDR) that poor nations with minuscule per capita carbon footprint are asked to constrain their developmental health in trying to abide by the Paris Agreement. CoP26 should have ensured that the burden of emissions reduction was shouldered by the historical polluters who currently play a small role.

Instead, civil society and activists were locked out of discussions, and India’s Net Zero goal of 2070 was criticised even though it is in line with CBDR.

Then, an upwardly increasing climate finance goal was not agreed upon. Major developed countries, which are big polluters, did not commit to domestic fossil fuel phase-out, only to halt funding it internationally.

Loss and damage finance was also not announced. The CoP just decided to establish a dialogue between parties, stakeholders and relevant organisations to support efforts to avert, minimise and address loss and damage associated with climate change.

Among other failures in this regard were:

China has to be in the spotlight — it has not been given any carbon dioxide (CO2) reduction targets, despite being the world’s largest emitter. It will take up 33 per cent of the remaining carbon budget for this decade.

China will not be carbon-neutral unless it curbs its coal power production. While it says it will not build coal-fired power projects abroad, it is silent about such plants at home.

Instead, China’s President did not attend the conference in person. It made a surprising joint declaration with the US, mentioning enhanced climate actions for near-term ambition in 2020s, and reduction in methane emissions.

China said it phased down coal consumption during its 15th Five Year Plan (2026-2030). It also joined India in watering down the language on coal from “phase out” to “phase down” in the final Glasgow Climate Pact.

Emission cuts by 2030, and not Net Zero, needs to be the focus. Front-loading of emission reduction of the 7+1 (US, UK, EU-27, Russia, Japan, Australia and Canada in addition to China) is the key, so that there is space for the rest to grow.

Most major economies announced Net Zero targets, either in law, in a policy document, or via a statement. Russia and Saudi Arabia announced a target of 2060 just prior to CoP26, while India announced 2070 as a Net Zero target in the first week of the summit.

But the concept of Net Zero emissions was heavily criticised as a meaningless greenwash and the need for short-term emissions cuts entered into common parlance.

The Paris Agreement says rich nations must transfer $100 billion annually through 2025 to developing and poor countries. But the flow of real money is still illusionary; only Germany, Norway and Sweden are paying their share.

Developed countries wanted to expand the donor base and possibly add China. But they continuously resisted defining climate finance, and adding specific language that would communicate an increased contribution over and above the $100 billion.

The final text acknowledges the needs of developing countries for climate finance, and sets out a process to deliver on those needs. The agreed text commits developed countries to double the collective share of adaptation finance within the $100 billion annual target for 2021-2025, and to reach the $100 billion goal as soon as possible.

Parties have also committed to a process to agree on long-term climate finance beyond 2025. The CoP also decided to establish a dialogue between Parties, stakeholders and relevant organisations to support efforts to avert, minimise and address loss and damage associated with climate change.

This must be for transformational action, not for cheap credits.

The draft text emphasises the importance of protecting, conserving and restoring nature and ecosystems, including forests and other terrestrial and marine ecosystems, to achieve the long-term global goal of the Convention by acting as sinks and reservoirs of greenhouse gases and protecting biodiversity, while ensuring social and environmental safeguards.

The deal to end deforestation by 2030 was signed by more than 100 countries. But the over-emphasis on Net Zero and markets / offsets means that land grabs are likely to continue.

Article 6 on carbon markets is now adopted after six years, thereby completing the Paris Rulebook. Disagreements have persisted on issues like carry-over of Kyoto credits and double counting.

The final deal agreed that a share of proceeds from each trade will go to developing countries for adaptation. This is mandatory in Article 6.4 (new centralised carbon market), but only set at 5 per cent. In Article 6.2 (bilateral trades), this share is voluntary.

Some 2 per cent share of each issued credit will be cancelled to make it count as more than just an offset, and contribute to overall emissions cuts. This applies only to Article 6.4 (new centralised carbon market), not 6.2 (bilateral trades). 320 million Kyoto credits registered since 2013, each representing a tonne of CO2, will be transferred to the Paris Agreement.

Human rights have been mentioned in the text, and any grievances by affected communities will be addressed by an independent body. However, indigenous peoples’ right to free, prior and informed consent has not been outlined.

On double-counting, it has been decided that a country that generates a credit will decide whether to authorise it for sale to other nations or to count towards their climate targets.

If authorised and sold, the seller country will add an emission unit to its national tally and the buyer country will deduct one, to ensure the emissions cut is counted only once between countries.

The same rules apply to credits used more broadly towards “other international mitigation purposes”— wording that some experts said could include CORSIA, the global scheme for offsetting aviation emissions, ensuring double counting does not happen there too.

Critics have expressed that despite safeguards, this deal will allow governments and corporations to greenwash their climate efforts and undermine emissions cuts needed in the short term.

The Paris Agreement is deeply flawed as it says loss and damage cannot be taken as compensation or liability. This needs to be reworked.

CoP26 should have made Loss and Damage a permanent agenda and compensate the victim nations.

The draft text acknowledges that climate change has already caused and will increasingly cause loss and damage.

The text does not move beyond reiterating the urgency for scaling up action, including finance, technology transfer and capacity building, for averting and addressing loss and damage, and urging developed country Parties, the operating entities of the Financial Mechanism, United Nations entities and inter-governmental organisations and other bilateral and multilateral institutions to provide additional support for it.

It is, however, unclear what this means. But it is not the new and additional finance that G77 has demanded. It is probably a facility to help assess the extent of funds needed for loss and damage, but not funds for loss and damage itself

Five philanthropies have offered an initial $3 million to support a Glasgow Loss and Damage Facility.

The ever-increasing cost of adaptation has outpaced the flow of funds to developing countries. The Global Goal on Adaptation needs more than networking and information: It needs finance.

Agenda 8: The question of coal: FAILED

Coal has fuelled developed nations’ prosperity. Developing nations still need it for their own economic growth.

As many as 29 countries committed to end international public finance for unabated oil, gas and coal production by the end of 2022. China did not sign this statement (but earlier this year, it had announced its decision to stop financing coal internationally).

The draft cover text of CoP26 mentions “phase-out of unabated coal”— this is watered down from previous versions. It was feared that Saudi Arabia, Russia, China and Australia may not allow this in the final text.

On the closing day, a last-minute intervention from India and China weakened the effort to end coal power and fossil fuel subsidies in the Glasgow Climate Pact.

China has made a statement with the US in which coal phase-out is referred to, but it does not say so in its formal NDC.