When climate comes unhinged, we need to re-think how to build our cities

While reducing carbon emissions is key to tackling extreme weather events, there are various ways to make cities more resilient 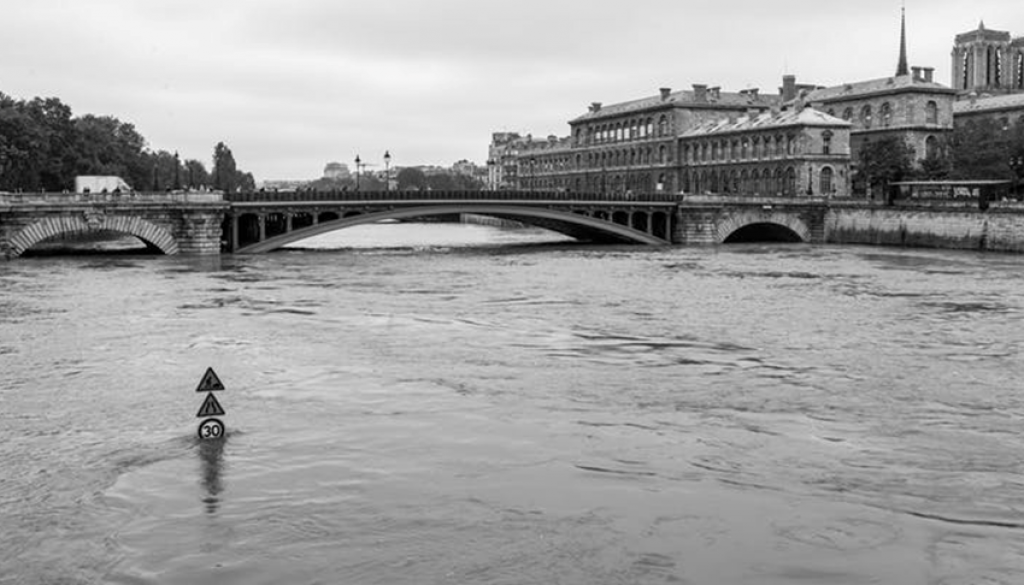 In late January 2018, Paris seemed to be drowning. Both the Seine and the Marne rivers overflowed for their banks, forcing some suburban city-dwellers to have to row to reach their houses, while the iconic Zouave statue on the Pont d’Alma was even given a life-vest. That was just before snow engulfed the French capital.

Rising waters in the Lyon region have also been of great concern as well as in the north-east near Strasbourg, where the Rhine river (which also flow through Germany) was extremely high. A new normal? According to research, “flood damage from rivers in Europe will more than double to about 15 billion euros ($19 billion)” as a result of global warming. Flooding will be a recurrent feature of our regions even if we manage to keep global warming below the 1.5 Celsius degree recommended by the Paris agreements.

Cities in Europe will suffer from heat and heat waves as well as from extreme rainfall which will be a new challenge for planners and health care services. Cities will need to adapt drastically to avoid catastrophes. While reducing carbon emissions is key to tackle the global issue there are various ways to make cities more resilient.

Informing people about approaching heat waves is one important issue. Doing so, all possible information and communication sources should be activated. Apps, social networks such as WhatsApp or Facebook groups can prove handy provided they are used with consistency as explained by social scientists observing social media response to disasters in California.

Use of everyday infrastructure such as supermarkets, pharmacies and cafés can also help. In Vienna, churches opened for tourists and residents during the heat waves in 2015 and 2017.

During catastrophe such as heat waves, dedicated mobile information services should be implemented. It could be helpful for health or social workers to localize older people who are often isolated and more affected by high temperatures. Thousands of senior citizens died in France in the 2003 massive heatwave. In France, “La Poste”, the official public mail service, launched last summer a pilot project. It offers individuals to look after an isolated parent against a compensation.

Greening and blueing cities can also become a new norm when we talk of planning and building.

These practices bring nature back into the built space and make use of its great properties to balance heat and also heavy rainfall by filtration, absorption, percolation and seeping functionality. Open soils in parks, on lawns, in cemeteries or urban gardens are highly suitable for this but also green roofs, rooftop raingardens or green walls. All buffer heat and emit transpiration coolness.

We can think for instance of rain gardens and green houses in Milan, which already proved useful in New York, as they could absorb about 50% of the rainfall.

Revitalized brownfields and their conversion into large public parks and greenspaces can become a hit such as the urban farms set up in the middle of Berlin, Germany, in Edinburgh in the UK, Malmö or Leipzig in Sweden just to list a few. It can also take the shape of bioswales – linear vegetated channels, specifically designed to attenuate and treat storm water runoff.

Blueing the city means to increase open water surfaces and create areas which can be flooded (in the Seine wetlands for example) or where water can stand. These are the more technological answer in case wetlands or riparian areas are not available or totally embanked.

These practices help build what we call “resilient cities”.

A resilient city in terms of its eco-climatological conditions is a city which takes into consideration what I sketched above and which holds areas for greening and blueing and invests in an excellent and flexible information/communication network.

In addition, complementaries between green, blue and built (grey) infrastructure should be taken into consideration and not mutually ignored. For example, dams are sometimes necessary as bioswales can only take up a certain amount of water.

Beyond technical considerations, we also need to take into account the political aspect of a resilient city : first and foremost, it is a space where citizens should all access the necessary information to mitigate catastrophe, free of charge, as a civil and municipal service.

These basic adaptation practices will complement more technical and green solutions such as flood protection in Vienna or Cologne that proved to be successful in the past years.

For instance, after Germany’s disastrous Elbe river floods of the last two decades, dikes were relocated and modified to broaden the natural floodplain and to give the river more room. Yet the dam burst four years ago.

That is why, instead of blocking the water, other cities think to welcoming it. For instance, the city of Hamburg, in the Netherlands has the project to create a new floodplain for river Elbe to restore “some natural balance to a dockland area”, which has been under stress for half a century due to heavy ship traffic.

Of course a large 100-years flood cannot be buffered or balanced by bioswales or lawns along a floodplain; but it can reduce peaks and make flood velocity lower and give people more time to react.

Find out more about Dagmar Haase’s work on the Axa Research Fund.