While nations play politics, cities and states are taking up the climate challenge

Efforts to reduce global warming are advanced by the pedestrian, daily choices of households, businesses and sub-national governments 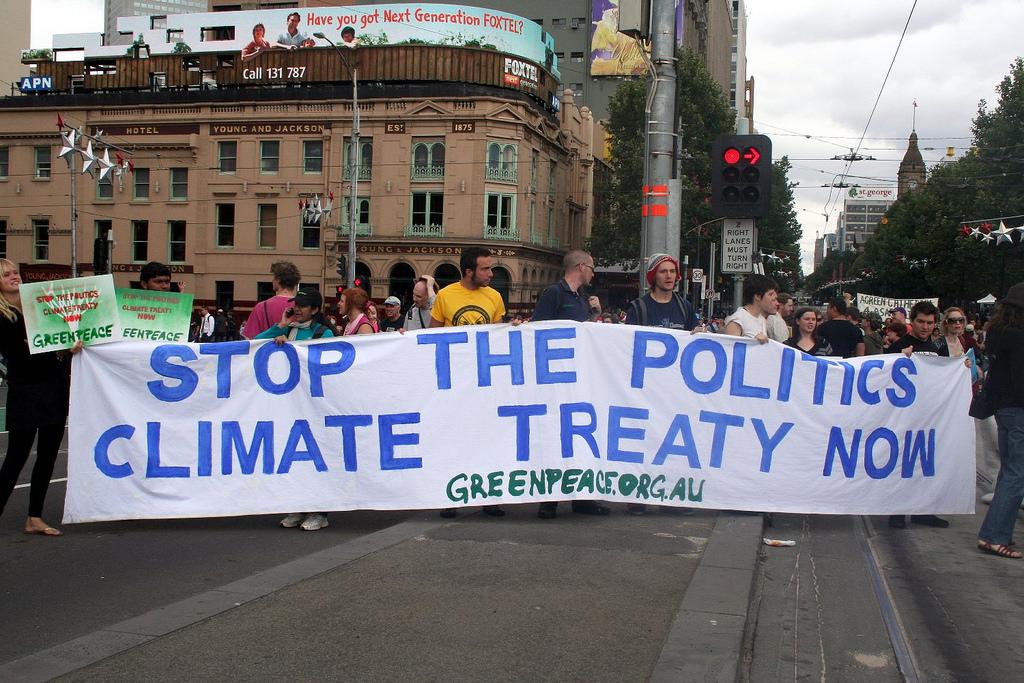 Last week, Donald Trump entered the White House Rose Garden and announced that the United States would withdraw from the Paris climate accord. In doing so, he fulfilled his campaign promise to “cancel” the Paris deal, a move that calls into question the future of the entire agreement.

In withdrawing, Trump cited the (arguably short-term) sacrifice the agreement requires of the US. This perspective fulfils the famous prediction made by economist Garrett Hardin in the 1960s: the “tragedy of the commons”. Hardin wrote that self-interest drives individuals to exploit collective resources in the short term, even to their long-term detriment.

Hardin and those following him thought the only way to avoid this tragedy was by securing collective agreements. That is why so many people view the Paris Accord as a vital mechanism for addressing climate change. It is also why the US withdrawal is devastating.

But another famous economist, Elinor Ostrom, saw things differently. Writing after the demise of the Kyoto Agreement but before the Paris Accord, Ostrom said that faith in multinational accords to address climate change was misplaced. Ostrom saw the limits of such collective action. Crucially, Ostrom suggested that we should also recognise the potential of localised collective action.

And already there are examples in both the developed and developing world that this is happening right now.

Ultimately, efforts to reduce global warming are advanced by the pedestrian, daily choices of households, businesses, and sub-national governments. Millions of local choices can have global effects, for good or ill.

It’s clear that Trump is stepping away from global leadership on climate change. But in response, the state governors of Washington, New York and California declared they remain committed to the Paris climate targets. Since then, a further 10 US states have joined the budding Climate Alliance.

In the past two decades, mounting evidence has shown the power of such efforts to reduce emissions of greenhouse gases. These efforts have been driven by policy entrepreneurs – people with vision, energy, and the collaborative instincts required to promote collective action. A classic example is provided by the former mayor of London, Ken Livingstone, who in 2005 invited mayors from other mega-cities to join him in promoting climate change efforts. That initiative has spurred many more, with transformative effects.

Looking around the world, we can see the diversity of localised initiatives in place to address climate change.

In India, Kolkata has implemented the Solid Waste Management Improvement Project, which is reducing the release of methane emissions, while contributing to improved public sanitation.

Across Europe, cities have started emulating meat-free Thursdays, which originated in Ghent, Belgium. Aside from other benefits, reducing meat consumption can reduce agricultural greenhouse gas emissions.

In the US, leaders in cities and states have done much to reduce greenhouse gas emissions caused by cars and coal-fired power plants, for example through the Regional Greenhouse Gas Initiative.

Particularly important for smaller developing countries is the Cartegena Dialogue. It creates opportunities for leaders to share strategies for mitigating climate change and – just as urgently, especially for small Pacific nations – adapting to it.

The Paris Accord is a landmark, multilateral initiative. The withdrawal of the US is appalling, and deserves a strong rebuke. But it does not foreshadow the unravelling of multilateral resolve for addressing climate change.

The backslappers in Washington have had their Rose Garden moment. Elsewhere, energetic policy entrepreneurs are mobilising. Grounded in their communities, they are acting to protect the planet for today’s young people, and for those not yet born. That too, is global leadership.