Whose job is it to protect the Arctic? 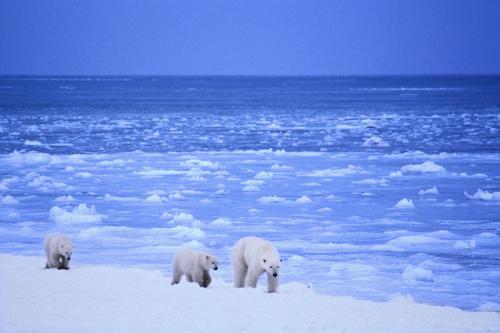 In August 2016 the 13-deck, 1,000-passenger Crystal Serenity set sail from Alaska to become the first cruise liner to attempt the Arctic’s fabled “north-west passage” that runs across the top of North America from the Pacific to the Atlantic. Until recently the passage was too clogged with ice for all but the sturdiest of ships.

This voyage, only possible thanks to climate change, highlights just one impact of melting Arctic sea ice. As the ice melts further new opportunities will arise to fish, to drill for oil and gas, or to sail through the once-frozen ocean. Inevitably, this activity will create competition with traditional Arctic communities, and risks severe damage to the environment.

This is a vast, fragile region that plays a huge role in everything from climate cycles to marine food webs and reflecting sunlight back into space. So who is supposed to protect the Arctic? The 4m or so people who live north of the Arctic Circle can’t regulate the whole area themselves. There are important questions here about whether coastal Arctic states alone should be able to permit or refuse fishing, or oil and gas extraction. Is there an international regime in place to regulate such activities in the interests of everyone?

The short answer is that there is an international treaty that governs all activities in the Arctic Ocean. The treaty gives much (but not all) of the formal decision making power to coastal states such as Iceland, Russia and Canada. These nations may choose to cooperate (and sometimes are required to cooperate) through regional organisations such as the Arctic Council, an intergovernmental forum for Arctic governments and peoples, or treaties.

The treaty in question is the United Nations Convention on the Law of the Sea (UNCLOS). Signed in 1982, UNCLOS came into force in 1994. However the treaty only applies to the states that have agreed to be bound by it and that doesn’t include the US. UNCLOS is supported by a network of other treaties though, and by the rules of customary international law, which are binding on all states.

These treaties and laws provide a set of consistent, but quite general rules about using the oceans. For example, they set out the basic principles to be taken into account in fishing regulation, or when trying to stop pollution from shipping. It is, however, left largely to individual countries to decide how to interpret these principles and apply the rules, and this in turn is influenced by domestic politics.

This means the industrial fishing lobby, indigenous people, environmental NGOs and other interest groups are all very important. International law, after all, does not have the same checks as national law and its domestic application is generally only scrutinised where the interests of another state have been harmed.

The system is not quite the free for all that this description might suggest. There are also other international treaties that apply in the Arctic. These provide more detail and guidance on the action states can take, but do not cover every possible activity. The problem is that some of these rules are designed to apply globally and so do not provide detailed measures specific to Arctic conditions. For example, the International Convention for the Prevention of Pollution from Ships (MARPOL) doesn’t take account of the specific needs of shipping in areas subject to heavy ice. Its global provisions have, however, been supplemented by the Polar Code to help protect fragile polar environments.

More specific regional agreements also exist such as one on cooperative search and rescue. And some agreements, focus on specific needs of certain parts of the Arctic, like the Barents Sea fisheries agreement.

Governments, NGOs, industry bodies and others can all influence the development of these laws. For instance, every member state in MARPOL, the shipping pollution treaty, can influence the development of new measures. Guatemala has as great a right to influence marine pollution law as Russia. In theory it makes little difference if those measures are, like the Polar Code, focused on the Arctic or Antarctic, or designed to be global measures.

Besides these direct routes to influencing the law, industry and other interest groups will lobby their governments to adopt particular measures at home and in international meetings. There are also indirect opportunities for bodies, seemingly unconnected with the Arctic to regulate activities there. For example, the EU is one of the largest importers of fish caught in or near Arctic waters. It could then shape fishing efforts in the Arctic by restricting imports of particular fish, or of fish caught using particular methods. Its market share may be large enough to have a regulating effect on Arctic fisheries.

Although there is a coherent legal regime in place, it is quite patchy and much needs to be done to strengthen the law. New laws could be developed by Arctic states acting alone or collectively, but there is also scope for new laws to be adopted at the global level. At the same time, there is a multitude of opportunities for states, industry, NGOs and individuals to influence the law in the Arctic, particularly through political channels.