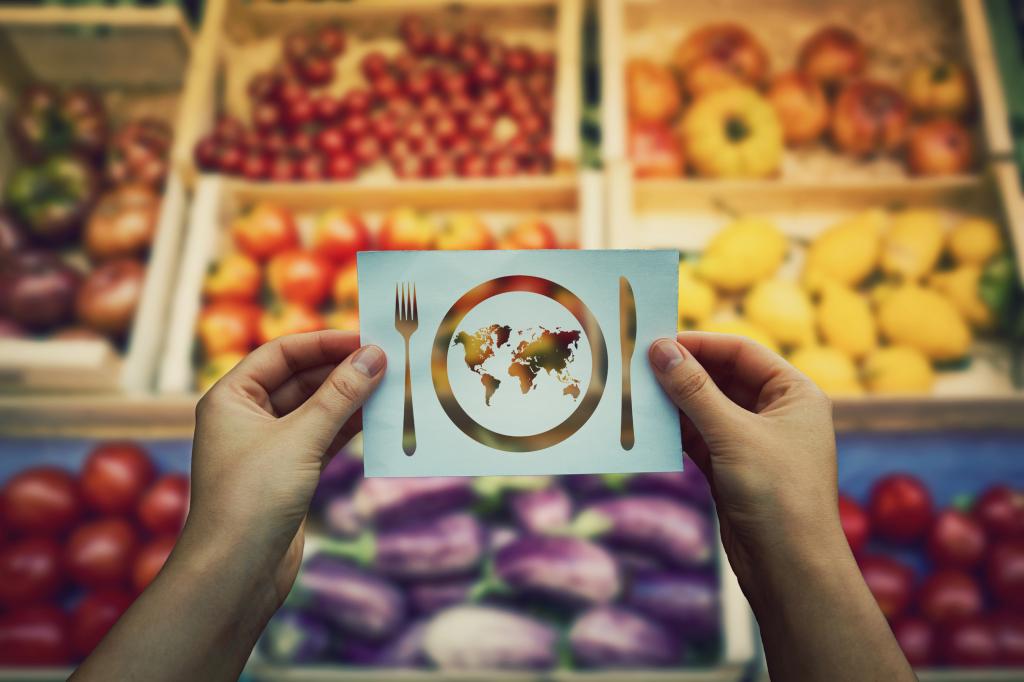 The 2019 edition of the Global Hunger Index was accompanied by an essay focused on the climate dimensions of the hunger problem. Essays accompanying previous GHI editions have similarly shone a spotlight on forced migration (2018), inequality and power differentials (2017), the sustainable development goals (2016) and armed conflict (2015), among others.

The 2019 essay is a review of scientific literature on the increasingly clear impacts that climate changes have on the most malnourished, as well the threat it poses to these most vulnerable. It also explores ways forward, highlighting some tough choices before policy makers.

It opens by noting an alarming recent trend — that the number of hungry people has been rising since 2015. The Food and Agriculture Organization attributes this reversal, in part, to adverse climate events — particularly the rise in extreme weather events affecting crops since the 1990s. “For the world’s hungry and undernourished people”, the essay hence notes, “climate change is an increasingly relevant threat multiplier”.

The essay visualises the strong overlap between climate vulnerability and malnutrition, highlighting the inequity of climate impacts as well as the role of tackling malnutrition in building climate resilience. 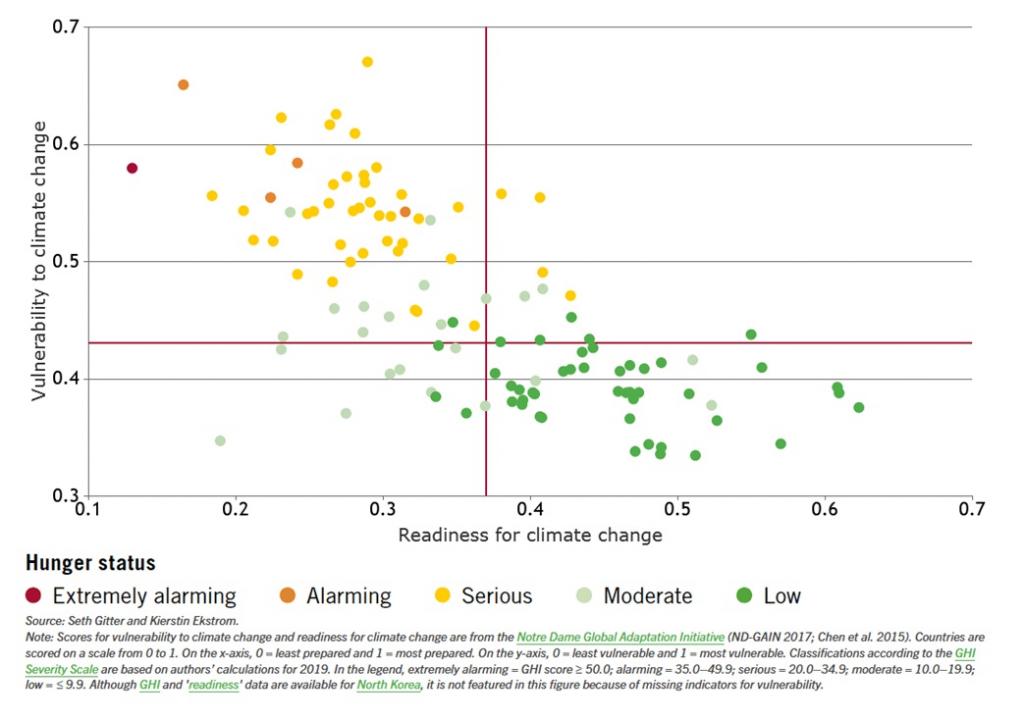 Climate change vulnerability and readiness according to GHI severity scale

The essay comes down broadly in favour of transformational solutions, arguing that “[o]ne of the major blind spots in climate change decision making has been the framing of climate change as a biophysical challenge.”

It notes that “[o]nly in recent years have discussions about climate change been reframed to focus on human lifestyles and consumption choices, equity of responsibility, associated impacts, and climate justice.”

The essay emphasises the need for context-specific transformation and noted the attempt of the EAT-Lancet Commission to set universal scientific targets for the food system, including for food waste reduction.

“The targets cannot be universally applied as there are major differences in global food consumption patterns.. [d]ietary recommendations thus cannot be globally imposed but must be differentiated and locally adapted,” it adds.

Expanding on its theme of context-specificity, the essay identifies in situ conservation of agricultural biodiversity as an important avenue for adaptation. It notes that “local efforts, including those by indigenous peoples and local communities, have formed the backbone of conservation efforts so far, and these need to be enhanced and supported.”

There are limits to adaptation, however — the essay warns that while “production systems can adapt to smaller changes in average global temperatures, many of the current systems would no longer be able to adapt to temperature increases of 3°C or more.”

A key takeaway for policy makers is the critical role of safety nets. The most pressing challenge is to combine mitigation and adaptation efforts with such safety net policies, while ensuring that development assistance is not diverted toward climate finance, a drift which “erodes the basis for sustainable development and risks compromising food and nutrition security as well as adaptive capacities”.