Why is India’s weather becoming more difficult to predict?

With two more Western Disturbances forecasted by IMD for March 2 and March 7, the winter might still stay for a while

Weather in India is becoming increasingly difficult to predict, both in the short and the long term. On March 1, 2019 the India Meteorological Department (IMD) came out with its seasonal outlook for temperatures from March to May.

It says that temperatures will remain normal in this period over most of the country except some regions in the North West, North East and southern part of the western coast where above normal temperatures will prevail.

With respect to the impact of El Nino, the IMD says that the sea surface temperatures in the Eastern Pacific Ocean were very close to the brink by the end of February but will not cross over for the next three months.

However, all this information needs to be taken with a pinch of salt as IMD has been wrong at predicting temperatures and the longevity of winter this year.

At the start of the winter season IMD had said the two months of December and January will be warmer than usual. It had also stated that cold waves will be below normal in the regions that generally experience cold waves. This turned out to be true for only about three weeks.

On December 19, 2018 IMD announced that dry cold wave and ground frost conditions were prevailing in Rajasthan, Punjab, Haryana and Delhi. The next day, the weather agency found that cold wave conditions had reached as far as Gujarat and Madhya Pradesh.

The cold wave conditions persisted till February in many areas. The reason for this was a lack of strong Western Disturbances (WDs) coming into India from the west. WDs are extra tropical storm systems which originate in the Arctic, Mediterranean and Middle Eastern regions and travel towards Afghanistan, Pakistan and India.

While usually there are three-five strong WDs in December, there was only one in last one. The feebly active WDs that did come in limited themselves to the hilly states of Jammu & Kashmir, Himachal Pradesh and Uttarakhand, and did not influence the weather in the northern plains which made the cold wave conditions persist for longer than usual, making it a continuously cold winter.

“One of the reasons for less WD activity in the plains could be mid-0 and north latitude interactions forcing reduced southward propagation of WDs. Another factor which might be working against the WDs could be the lack of moisture coming in from the Indian Ocean and the mid-latitude Mediterranean region which generally feeds them,” AP Dimri, an expert on WDs at the School of Environmental Sciences, Jawaharlal Nehru University, had told Down to Earth. 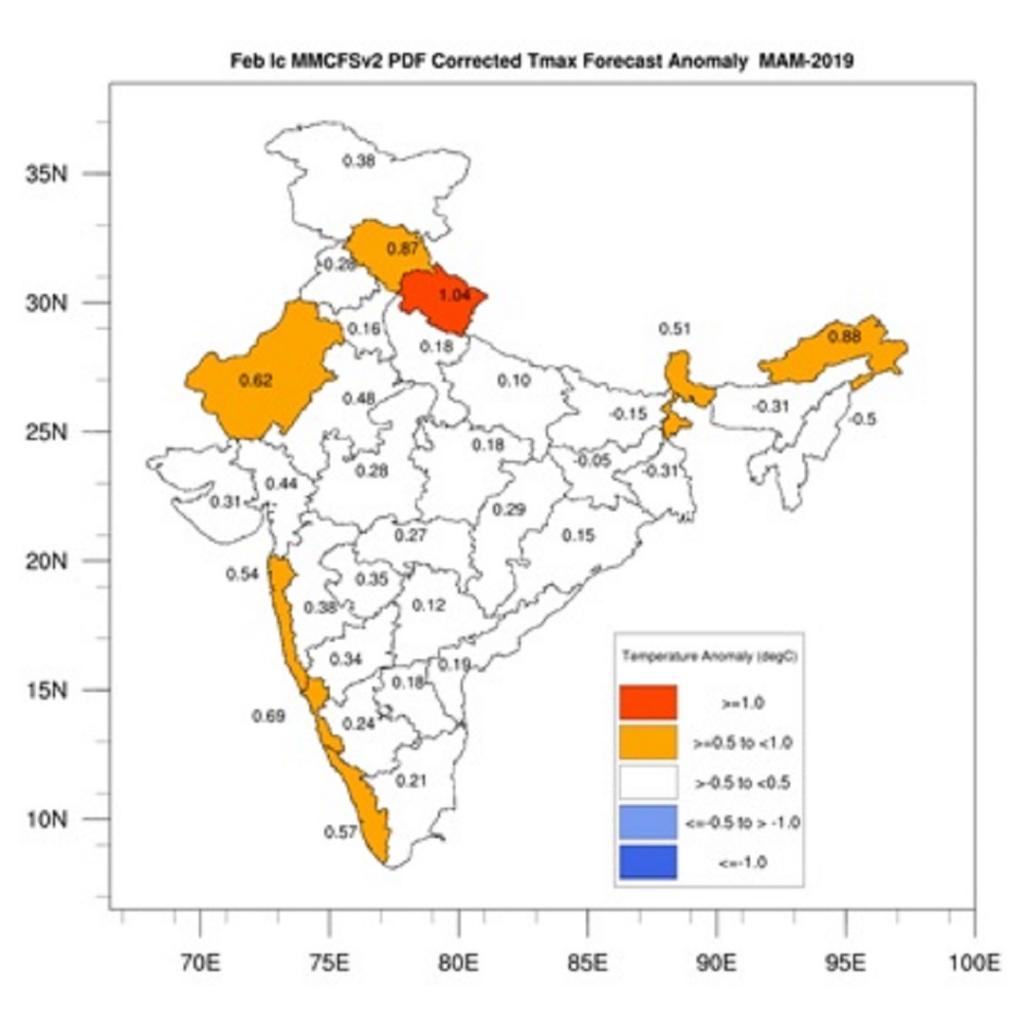 However, the exact reasons for this phenomenon are still unknown. Dimri had further predicted that the WDs could be back with greater intensity in January. This proved to be true as in January the frequency of WDs increased and peaked in February with seven in that single month.

This enhanced activity of the WDs, which brought respite from the cold, was aided by the incursion of moisture by other easterly winds. But this too lasted only for a short time.

By mid February, IMD started observing below normal temperatures in Delhi but these were also interspersed with hot days leading to flip-flop weather conditions. Overall, this February, Delhi was the coldest that it has been in the last seven years which also made the winter season the longest in this period.

According to IMD the reason for this is the continuing assault of WDs in February. Though WDs are more frequent in February, their intensity this year has been unusual which also made the month the wettest since 2014.

One possible reason for this increased intensity could be the rupture of the polar vortex into three smaller vortices in early January 2019 which brought unprecedented cold winds and temperatures to the United States in the latter part of January and early February.

During the positive phase of the AO, colder temperatures are confined around the Arctic region and it’s well separated from the tropical regions keeping them warm. But during its negative phase, the Arctic circulation gets disrupted and the cold air can move out of the Arctic region and affect weather in the mid and lower latitudes of North America, Europe and Asia. With two more WDs forecasted by IMD for March 2 and March 7, the winter might still stay for a while.