Winter is here: Coldest winds of the season hit US

The polar vortex has split into three and that has brought down temperatures to life-threatening levels in parts of US, Europe and Asia 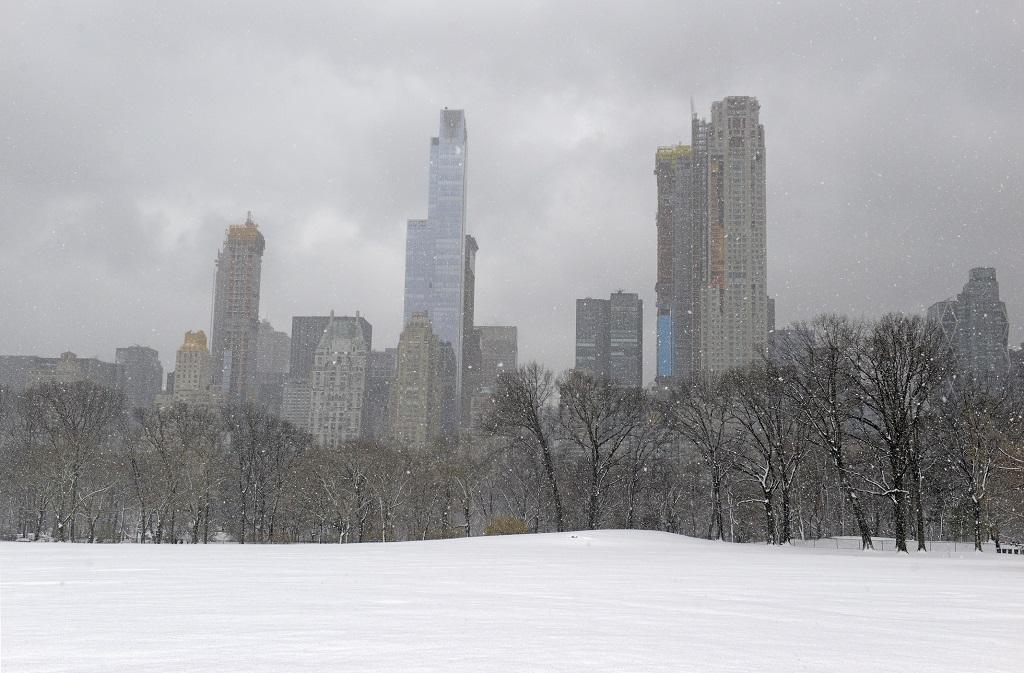 The story that the polar vortex was about to bring temperatures drastically down in parts of the US was first published here on Januarty 17, 2019. Here is the update:

Life threatening low temperatures shattered records in parts of the US and took the midwestern weather to its deepest freeze in decades. This is because the polar vortex, a whirling cone of low pressure over the poles, has fractured into three smaller vortices and started to bring cold winds to central and eastern US. These winds of winter, took a few weeks post the breaking of the vortex to materialise.

Many places in the United States (US) were colder than the South Pole on January 30. “The six states of North Dakota, South Dakota, Minnesota, Wisconsin, Iowa and Illinois had a temperature equal to or less than -33 degree Celsius, registered at the South Pole Station,” says a report by Accuweather.

Cold winds have gripped most of Midwestern US plummeting temperatures to record lows in cities like Chicago. On the morning of January 30, 2019, the city recorded a low of -31 degree Celsius which is the lowest since 1985. The plunging temperatures are only the beginning as the wind chill is even colder and affects the body directly.

The media has reported 12 deaths as a result of the freakishly cold weather. It has also lead to complete disruption of life with a looming threat of frost bite with even a slight exposure of skin to the weather.

Moreover, the beginning of winter in most of these areas was rather mild. For example, in Washington DC, there were 28 days with warmer than usual temperatures but this is now going to change. The Arctic winds will come in the footsteps of two other snowstorms this week. The US National Weather Service has already predicted “freezing rain, heavy snow, and heavy rain in association with the storm system through the central and eastern US over the next few days.”

It also predicts that the temperatures in the plains and the upper mid-west will dip anywhere between 15 to 25 degrees Celsius below normal. But this is only the beginning as it might get worse towards February making this winter long and harsh just like last year when it lasted till April.

So, what is a polar vortex and why does it break once in a while to make winters unbearable in the US, Europe and parts of Asia. There are actually two types of polar vortices and both of these affect weather conditions in the northern latitudes with ripple effects all around the world. The first type, the one that scientists generally refer to as polar vortex, is made up of an anti-clockwise circulation of winds—known as the polar night jet—in the stratosphere (second layer of the atmosphere) around eight kilometres above the Arctic region. A similar vortex also lies above the South Pole in Antarctica. The winds of these vortices appear during winter and dissipate when the spring arrives.

The Arctic stratospheric vortex keeps the cold Arctic winds intact, not letting them interact with warmer air in the middle latitudes. But when this vortex splits into multiple vortices, like it currently has, the cold winds are let out into the northern regions in North America, Europe and Asia which lie close to the Arctic. The splitting itself happens due to an event known as a sudden stratospheric warming where in warm winds from the troposphere disrupt the vortex and destabilise it.

The second type of polar vortex, often confused with the first one, exists in the troposphere or the first layer of the atmosphere. This tropospheric vortex exists throughout the year and is formed because of a temperature difference between the Arctic region and the southern regions. The winds on the periphery of this vortex are collectively known as the Jetstream and their weakening makes them wavy. When the Jetstream is wavy cold air spills out from the Arctic into the US, Europe and parts of Asia. This phenomenon also lets in warm air into the Arctic, making the region warmer than usual.

Both the types of vortices—stratospheric and tropospheric—can cause extremely frigid winters and other weather anomalies in the mid latitudes. But for the last two years, it is the fracture of the Arctic stratospheric vortex which has brought severe winter conditions and this developing trend could be a result of climate change.

For example, in 2016, a paper published in the journal Nature Climate Change had found that the Stratospheric Polar Vortex has shifted and weakened over the past three decades, increasing the intensity of cold winds coming in from the Arctic.

Another paper published in February 2018 also showed that in the last 37 years the frequency of weak vortex states in January and February had increased and 60 per cent of the cooling observed in mid latitude Europe and Asia since 1990 could be attributed to this phenomenon. The paper also finds that the reason for the persistence of these weak vortex states is the high sea pressure created by the loss of Arctic sea ice which is a direct result of global warming caused by the emission of green house gases.

This situation is likely to continue until the coming weekend after which milder air will prevail bringing some relief to the people.