Will China lead on climate change as green technology booms? 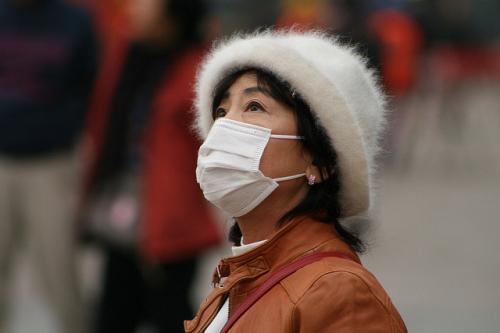 The election of Donald Trump as president of the United States is bad news for the global environment. He has made it clear that he will not implement the steps required to meet the pledges to reduce emissions as part of the agreement reached in Paris at the end of 2015.

Paul Krugman reflects the mood among Americans who favour climate action in a recent editorial:

I particularly worry about climate change. We were at a crucial point, having just reached a global agreement on emissions and having a clear policy path toward moving America to a much greater reliance on renewable energy. Now it will probably fall apart, and the damage may well be irreversible.

But, bad news is not the same as fatal news. And, it is less likely that global efforts to reduce emissions will “fall apart” than many believe. Here are some reasons why.

Let us begin with the world’s largest emitter, China, and consider China’s motivations for continuing with emissions reductions.

China has powerful incentives to reduce coal use due to local air pollution. As anyone who has recently visited almost any large city in China will tell you, the air quality is frequently abysmal and constitutes a serious health, economic, and political threat. Because of the congruence between reducing coal use and greenhouse gas emissions, China would be likely to make substantial efforts to shift to lower emissions technologies over the next decade whether they cared about global emissions or not.

And the Chinese do care about emissions. Unlike the incoming American leadership, the Chinese leadership knows that global warming is not a concept created by their predecessors, as Donald Trump famously tweeted, and they have said as much.

Rather, with nearly 1.4 billion people crammed into a relatively small area, the Chinese leadership correctly views global warming as a real threat.

The Chinese have already invested heavily in low emissions technologies including solar, wind, and nuclear power generation. Another motivation for undertaking these investments is a desire to be global leaders in the production and servicing of low emissions energy technologies, which are highly likely to be very important parts of the global energy mix by the middle of this century.

Finally, China aspires to be a global power. By reneging on US commitments made in Paris, a Trump administration will be handing China the opportunity to assume the mantle of global leadership on the defining issue for the 21st century.

A strategically wise China will accept the offer. While doing so, the leadership is likely to make comments about the fickle nature of democracies in general and the unreliability of the world’s second-largest emitter, the United States, in solving long-run structural problems.

Let’s also not forget that American democracy has been rather robust for more than 200 years. While the federal government under a Trump administration should be expected to be at best unhelpful in reducing emissions, there remains a great deal that America and Americans can do to reduce emissions based on actions by states, counties, cities, companies, families and individuals, particularly in coalition.

The West coast and New England, along with a broad swathe of mid-Atlantic states have already been active in taking steps to reduce emissions. These efforts frequently spill over to other states or even to the nation due to the economic weight that these areas represent.

The potential role of cities, epicenters of power consumption and home to a citizenry that takes climate change seriously, should not be underestimated. I write this from Fort Collins Colorado, which has a very ambitious climate action plan. The plan calls for emissions to fall to 80% below 2005 levels by about 2030 and carbon neutrality by about 2050. Until 2030, about half the planned reductions are expected to come from low emissions electricity supply and delivery.

The chances that ambitious plans will succeed have increased substantially due to very rapid technical advance in clean energy generation technologies, notably solar but also wind, combined with rapid advances in systems integration approaches for coping with the inherent variability in renewable energy supplies.

Clean energy systems now regularly outperform fossil fuels in open, large-scale energy supply auctions. As my coauthors and I point out in a forthcoming book, this competitiveness substantially eases the political economy of clean energy transitions.

With these investment volumes, the private sector has ample incentive to pursue innovations in the clean energy space.

This means that expected budget cuts to publicly funded centres of energy innovation, such as the National Renewable Energy Laboratory, will be much more likely to set back the long-run ambitions of American companies seeking to secure a position in an enormous global market than substantially slow the pace of innovation globally.

Private investment will continue. And, public investments in innovation undertaken abroad is likely to rebound first to the benefit of companies located outside the United States.

The world can keep the ball rolling

The incoming Trump administration’s stated intentions on global warming are terrible. But, they are not necessarily fatal, at least not yet. And China has far greater incentives to stay the course on its emissions commitments than is often recognised.

While avenues to emissions reductions based on federal policies of the United States are likely to be foreclosed for the next four years or more, avenues at other levels remain open.

And, the very favourable technology dynamics that have been in place over the past decade look likely to continue.

These factors, combined with solid commitments to emissions reductions from other major economies such as the European Union and Japan imply that the global movement to limit emissions might not fall apart. Instead, the world may demonstrate just how alone the Trump administration is in refusing to confront the climate threat.