Will the Paris climate deal include issue of forced climate migration?

Experts say that displacement and migration occurs because of the failure of adaptation in most vulnerable countries and, therefore, should be part of loss and damage 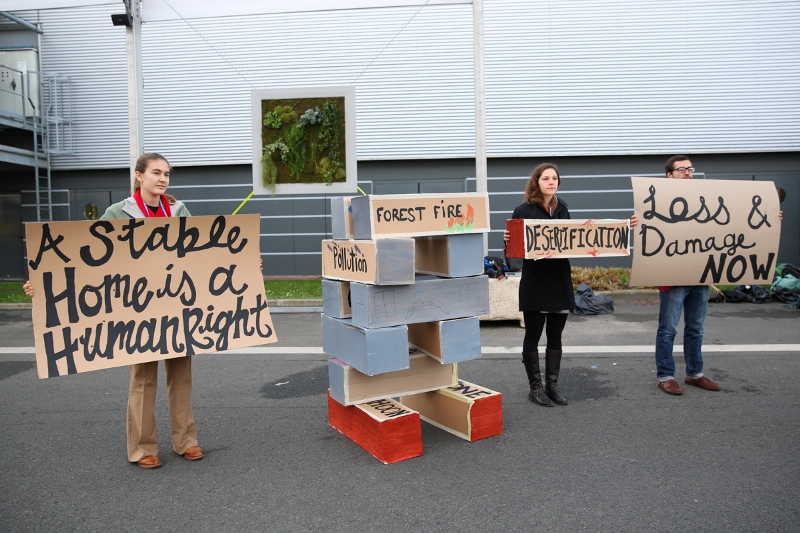 "I am a forced climate migrant and have lost friends, homes and many memories because of devastation the sea caused in my district of Chittagong, Bangladesh. I was afraid of the sound of the sea for years and could not sleep because of it," recounts Jahangir Hossain Masum of Coastal Development Partnership in an event organised by the consortium of civil society at the COP 21 in Paris on December 5. In similar circumstances in 2005, 1,000 residents of the Carteret Islands in Papua New Guinea had to be relocated 100 kilometres away to a larger island because of storm-related erosion and salt water intrusion. In 2006, the entire Lohachara island in Hooghly river delta was submerged under water, causing the displacement of more than 10,000 people.

The meeting addressed aspects and solutions, or the lack thereof, related to the forced migration of people from their neighbourhoods and communities because of climate disasters. Addressing the large group of civil society organisations, former vice president and current chair of Climate Reality Project, Al Gore, also spoke of the Syrian refugee crisis, saying, "We tend to forget that before the civil wars started in Syria, there was a drought for three years that caused migration of millions of villagers to cities in search of jobs, which was in the words of officers of the Syrian government 'an unmanageable problem'. The refugee crisis that arose was a result of systemic causes of extreme weather events."

Mithika Mwendada, secretary general of Pan African Climate Justice Alliance (PACJA), said that "the problems in Darfur, Sudan, can all find its roots in the issues of climate change and a lack of environmental management". The cost of devastation is borne disproportionately by the poorest of world who have done the least to contribute to climate change.

Climate refugees or "forced climate migrants" do not particularly enjoy any rights and are often treated with hostile indignation. Little is being done to resolve the issue of this migration. On the contrary, there is an increase in whipping up of fear, racism and hatred—as reported in the media—that is making this migration even more difficult for the affected people. "The reality is that Europe is an aging population and it needs migrants to keep its economy moving," claimed Nick Dearden of Climate Justice Now.

The initiative to help these migrants has to be addressed at the national and local levels. "These migrants should enjoy equal rights with a sense of dignity under domestic and international laws and have the right rehabilitation including planned relocation and migration," declared Ziaul Haque Mukta of Bangladesh Climate Change Journalist Forum.

In 1990, the Intergovernmental Panel on Climate Change (IPCC) noted that "the single greatest impact of climate change might be on human migration". Since then, there have been discussions around climate migration and displacement in and around negotiations. The only concrete acceptance came in the Cancun Agreement at COP 16 when the "Adaptation Framework" was formed to ensure "measures to enhance understanding, coordination and cooperation with regard to climate change-induced displacement, migration and planned relocation, where appropriate at national, regional and international level". The conversation regarding climate displacement was lost post-agreement.

Unfortunately, since the entire article is in brackets, it is up for negotiations and there are chances that the loss and damage article might not even be included in the final agreement. "We have to ensure that the section of loss and damage is part of the final agreement and that the agreement in itself is legally binding, otherwise the millions losing their homes and their entire possessions would have no one to appeal for help," announced Sharmind Neelormi from Campaign of Sustainable Rural Livelihoods.

Soumya Dutta of Bharat Jan Vigyan Jatha reminded participants of the impending danger of climate change-induced disasters, saying, "...by 2050, disaster-related issues would cause the world around almost 2 per cent of its GDP and by 2100, it increases to 8 per cent. I don’t think any economy in the world can ensure that there would be even so much growth to meet the expenses."