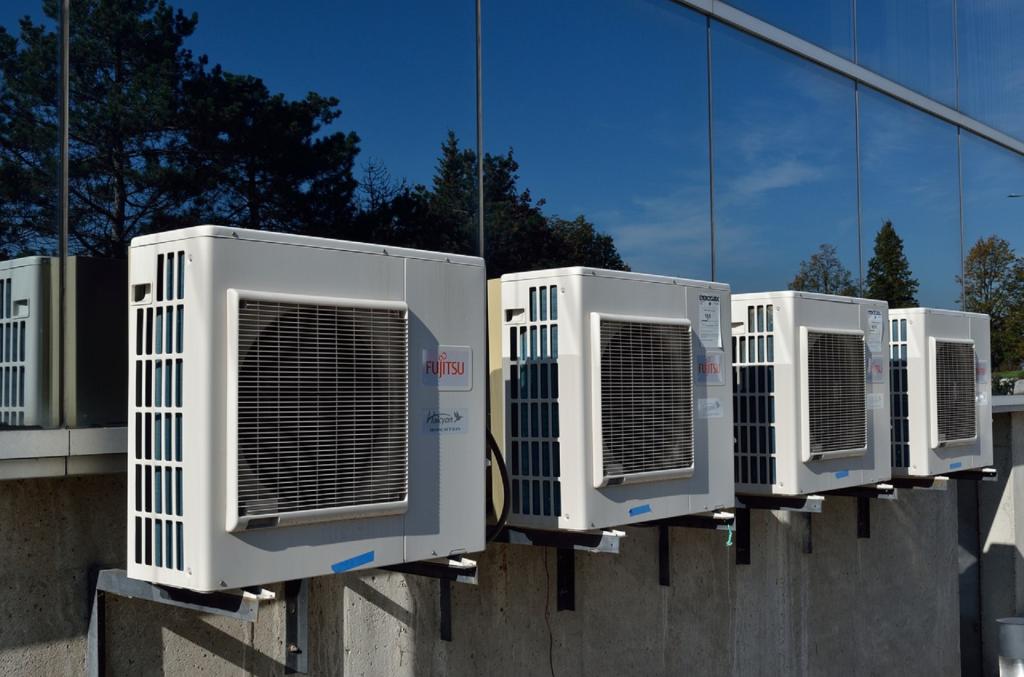 The world will need more than 10 billion new cooling appliances by 2050, according to a recent estimate. That would take the total up to around 14 billion such machines in a warming world.

An estimated 3.6 billion appliances are currently in use. This number, however, is increasing by up to 10 cooling appliances every second, said the Cooling Emissions and Policy Synthesis Report: Benefits of cooling efficiency and the Kigali Amendment report released July 17, 2020.

At this rate, the world will have four times more or at least 14 billion cooling appliances by 2050, contributing significantly to rising temperatures, the report by the UN Environment Programme (UNEP) and the International Energy Agency (IEA) pointed out.

This includes access to essential cooling services for over a billion people and maintaining the ‘cold chain’, a temperature-controlled supply chain necessary to ensure food safety, refrigeration for vaccines and ensuring comfort and productivity.

The report was authored by nine experts under the guidance of a 15-member steering committee.

Air conditioners (AC) are a double burden, said the report, citing the sector’s growth being responsible for increasing its contribution to greenhouse gas emissions, further warming the planet.

Most ACs use hydrofluorocarbons (HFCs), extremely potent greenhouse gases and also need significant energy to run. Without policy intervention, direct and indirect emissions from air conditioning and refrigeration are projected to rise 90 per cent above 2017 levels by the year 2050.

Coordinated international action on energy-efficient, climate-friendly cooling can, however, avoid as much as 460 billion tonnes of greenhouse gas emissions — roughly equal to eight years of global emissions at 2018 levels — over the next four decades, said the report.

Between 210 and 460 billion tonnes of carbon dioxide (CO2) equivalent emissions can be reduced through actions to improve the cooling industry’s energy efficiency together with the transition to climate-friendly refrigerants, according to the report.

Doubling energy efficiency of air conditioners worldwide by 2050 can reduce the need for 1,300 gigawatts of additional electricity generation capacity to meet peak demand. This is equal to the entire coal-fired power generation capacity of China and India combined in 2018.

The world will also save up to $2.9 trillion by 2050 in reduced electricity generation, transmission and distribution costs alone, according to IEA estimates.

Billions of ACs, refrigerators and air-conditioned vehicles that will be produced to meet the growing demand for cooling have not been designed or manufactured yet.

Most of the building stock where these appliances will be used is yet to be built or expected to be refurbished as well.

There is, thus, an opportunity to shift the future of cooling by changing the trajectory of technologies, solutions and behaviours that drive cooling demand and determine its impacts, said the report.

This must be seen as an opportunity for a transition to climate-friendly and energy-efficient cooling. While this will avoid the emissions, it will also contribute to achieving the Sustainable Development Goals (SDGs).

Energy efficiency can also provide other benefits, including increased access to life-saving cooling, improved air quality and reduced food loss and waste, the report said. The world can, for example, avoid up to 85 per cent of global CO2 emissions between 2015 and 2050.

Policy options that make cooling a part of climate and sustainable development solutions were suggested by the report.

This includes international cooperation through universal ratification and implementation of the Kigali Amendment and initiatives such as the Cool Coalition and the Biarritz Pledge for Fast Action on Efficient Cooling.

The Kigali Amendment — that targets a massive reduction in the production and use of climate-warming refrigerant gases, including HFCs — was ratified by 100 countries as on July 14, 2020.

HFCs became widely used refrigerant substitutes for ozone-depleting substances that were phased out under the Montreal Protocol.

HFC is a potent greenhouse gas with a global warming potential (GWP) thousands of times that of CO2 in some cases. The most common refrigerant R-22, for example, has a 100-year GWP of 1,810, almost 2,000 times the potency of CO2.

Most of this gas is consumed in the cooling sector, comprising refrigeration, air conditioning and heat pumps (RACHP) in mobile and stationary applications.

These sectors accounted for 86 per cent of the GWP-weighted share of global HFC consumption in 2012. More than half of the total HFC consumption for RACHP comes from emissions during the servicing of installed equipment.

Transitioning to refrigerants with a GWP under 150 could provide global annual savings of 150–200 metric tonnes of CO2 per year.

Nations must deliver massive cuts in greenhouse gas emissions to be on track to limit global temperature rise this century to 1.5°C. This is critical to minimising the disastrous impacts of climate change.

“As nations invest in recovery from the novel coronavirus disease (COVID-19), they have an opportunity to use their resources wisely to reduce climate change, protect nature and reduce risks of further pandemics,” said Inger Andersen, UNEP’s executive director in a foreword to the report.

“Efficient, climate-friendly cooling can help to achieve all of these goals,” she added.

Governments must develop, incentivise and encourage manufacturers to develop energy-efficient technologies, the IEA suggested in its policy recommendations.

National Cooling Action Plans can be used by countries to enhance their Nationally Determined Contributions under the Paris Agreement.

The demand for cooling in buildings increased steadily and currently accounts for nearly a fifth of total building electricity use, according to IEA estimates.

In the meantime, 130 billion square metres of new building construction is expected over the next 20 years, the report pointed out.

Improved building design, construction and retrofitting were recommended by experts in the report. There is also an urgent need for effective building codes that mandate cooling efficiency, the report suggested.

Spending on improving efficiency of buildings, for example, can also generate between nine and 30 jobs per million dollars invested, noticeably more than the number of jobs generated from spending elsewhere in the energy sector.

The recommendations of this report resonate with the views of Delhi-based think-tank Centre for Science and Environment (CSE) that has been advocating for sustainable building and cities in India.

The country must design its buildings and cities for thermal comfort and work to minimise the use of mechanical cooling systems, according to CSE.

The production of room ACs grew by 13 per cent every year since 2010, with demand expected to grow 11-15 per cent per year between 2017 and 2027, according to the Union ministry of power.

Since January, the Union government has mandated 24°C as the default temperature for ACs. This mandate is part of new energy performance standards.

A lot, however, still needs to be done.

India’s Bureau of Energy Efficiency, for example, needs to revisit, revive and expand its star rating system for all designated consumers, especially buildings.

The country, thus, needs to take note of the recommendations by the IEA and UNEP to “get its cooling further right”.