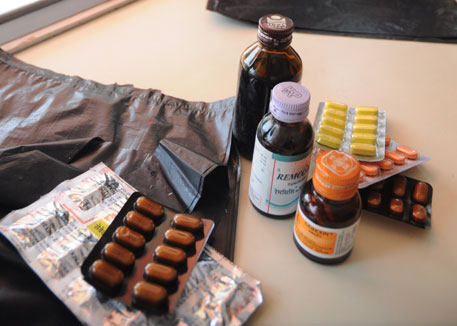 After much criticism over its failure to adequately compensate people participating in drug trials, the Union health ministry has finally evolved a formula to determine compensation in the event of death or injury. The draft prepared by the Central Drugs Standard Control Organisation (CDSCO) under the ministry was put out in the public domain on August 3 for comments with a month’s deadline. The guidelines are important considering that as many as 2,031 people died because of clinical trials between 2007 and 2011. But only 22 were compensated.

But the mathematical formula for calculating compensation has not gone down well with public health experts. They say the formula is shoddy and ill-conceived because it ignores pertinent points and favours the pharmaceutical industry.

To decide the compensation, the formula takes into consideration: (a) age of the deceased; (b) income of the deceased; (c) seriousness and severity of the disease the subject was suffering at the time of his/her participation in the trial; and (d) the percentage of disability.

In case a trial participant dies during the trial, the compensation is determined using the formula A x B. In this, “A” is a factor determined on the basis of the income of the deceased per month. In case of death, 50 per cent of the income would be considered as A. The deductions would be made on the premise that the deceased would anyway have spent this amount on himself. The remaining 50 per cent, which he/she would have spent on the dependents in the family, has been taken as “A”.  In case the monthly income is less than what is prescribed under the Minimum Wages Act of 1948, the monthly income would be taken as the minimum wage prescribed under the Act for that state.

“The formula does not put any value on the person who has died. What about the productive years that the person lost because of his death?”questions Anand Rai, a public health activist based in Indore.

Moreover, experts say the government has taken the easy way out by putting down the criterion of minimum wages.  “Mostly, it is the poor or unemployed who take part in the trials,” points out Sandhya Srinivasan, associate editor of Indian Journal of Medical Ethics.  For example, the monthly minimum wage in Maharashtra where maximum numbers of drug trials were conducted in 2010 is Rs 4,350. In case of death, the compensation would be calculated by halving this amount which would be just Rs 2,175. “When put in the formula this would amount to nothing,” adds Srinivasan.

The second factor, “B”, in the formula is a random figure chosen on the basis of “imponderables in life”, which have not been specified. It is based on the age of the deceased and the period of active career but it has specifically been pointed out that B is not the number of years he would have lived or worked but for the injury or death. To help calculate the compensation, a table of multiplier with reference to the age has been provided.

Public health activists point out the said table is ill-conceived. It only takes into consideration an age group starting from 16 to 65 or above. “What about the trials done on children and teenagers? Are their lives not worth being compensated?” asks S Srinivasan, managing trustee of LOCOST India, a generic drug making company. Between 2005 and 2010, in Indore alone drug trials were conducted on 1,833 children. Of them 18 suffered serious side-effects.

At the age of 50, the multiplicand would further be reduced to 153.09. “At 50, the person would be more susceptible to injury. But the compensation that he will get would be less than the one who is affected at say 20 years of age. Though it is appreciable that the person who died young is getting considerable compensation but at the same time at a higher age, the person requires more care and, therefore, his/her compensation should also be more,” contends a public health activist.

If the trial participant is diseased, then the formula changes to A x B (1- F/100). F is determined based upon the severity of the disease. F is in the range of 0 to 100 where 0 represents healthy participant and 100 represents someone suffering from a fatal condition. “What the formula essentially says it that the person with the fatal condition will get lesser compensation than the one who is healthy,” says a government official while requesting anonymity. But trials require both healthy and diseased subject and it seems unfair that the diseased person is being given less compensation, he adds. He also points out that in this way the formula does not consider the people whose condition deteriorates during the trial or situations where the healthy participant acquire disease. Besides, it is left to the principal investigator of the trial to determine this factor. “The investigators are unlikely to be trusted as they work under the watch of sponsor companies. And the monitoring of the trial by Ethics Committee has always been questionable,” says activist Rai.

In case of trial-related injury, the formula becomes A x B (1-F/100) x D/100. D is the percentage disability caused to the subject during the trial. The draft has no clarity on who will determine this percentage and how.

At the mercy of ethics committee

There is a need for such a formula because currently there is no specific provision under Drugs and Cosmetics rules for payment of compensation in case of clinical trial-related injury or death of the subject. However, the Good Clinical Practice (GCP) guidelines for clinical trials provide that the research subject who suffers physical injury because of a clinical trial is entitled to financial or other assistance subject to the confirmation from the Ethics Committee. The guidelines further provide that it is the obligation of the sponsor pharmaceutical company to pay the compensation.

The formula covers all kinds of clinical trials, be it of drugs, vaccines or of medical devices covered under Drugs and Cosmetics Act of 1940. In case of death of the subject his/her nominee(s) are entitled for financial compensation as per the recommendations of the ethics committee. “It cannot be left to ethics committees to oversee the compensation. There are ample examples to show that often ethics committee members themselves might be involved as investigators of other trials and would be protective of investigators and sponsor companies,” says Rai.  Srinivasan adds that the formula is absurd and seems to have been prepared in a hurried manner.

CDSCO and industry did not respond to repeated attempts made by Down To Earth to contact them for their comments on the formula.