CSE surveyed over 154 GW coal power capacity and found about half of freshwater-based power plants were non-complying with 2015 water norms; most of them belonged to state-owned companies 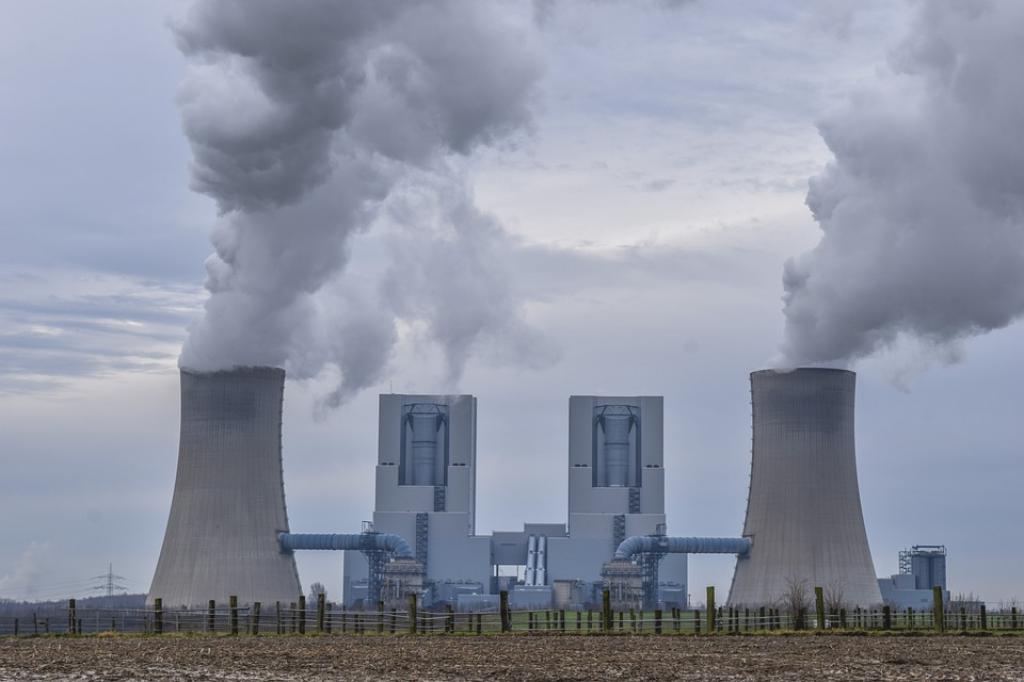 The results of the survey, in a report titled Water Inefficient Power have flagged the severe non-compliance by coal power plants to these legally binding units of water consumption.

The report highlights how the water-guzzling coal power industry is ignoring water regulations. Six years after the water consumption norms came in, there is high non-compliance observed in the sector, which continues to withdraw enormous amounts of water.

Though timelines for emission norms for the sector were revised twice by the ministry — once in 2017 and more recently in 2021 — water norms implementation and compliance was completely overlooked. This is when several power producing regions of the country have been facing acute water shortages and water pollution because of power plants’ effluent discharge.

CSE found that many power plants continue to flout the norms in absence of any firm action.

Specific water consumption (SWC) data obtained for the last three years was averaged out for the purpose of analysis. In the case when data was not available for all three years, the SWC value for the year it was available was considered.

Excluding seawater-based plants from the surveyed capacity, almost half the plants did not comply with the specific water consumption norms of 3.5/3 m3 per MWh. 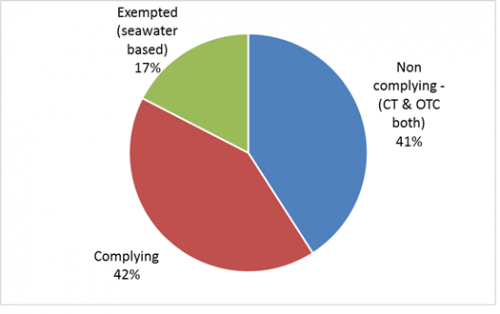 Private plants did fairly well in terms of compliance; several state-owned plants were found to flout water consumption norms more. Of the 59 GW of non-complying capacity, a major percentage (about 65 per cent) comprised state-owned plants.

On the other hand, of the 64 GW of complying capacity, a major percentage (about 53 per cent) included private-owned plants. 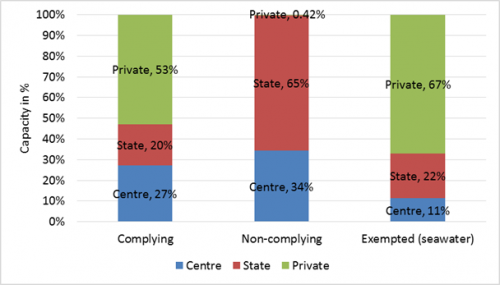 Among surveyed capacity, Uttar Pradesh and Maharashtra had the most non-complying coal power plants. The non-compliance in Uttar Pradesh can be attributed to the age of plants and inefficient practices; also many older plants — including Obra, Parichha, Anpara, Rihand and Singrauli — are freshwater-based once-through plants.

In June-July 2019, the Central Pollution Control Board issued directions to freshwater-based once-through plants (about 17 GW capacity) to install cooling towers and comply with the standards by June 30, 2022. CSE found that all once-through-based power plants in India are old and polluting plants, built before 1999.

Freshwater based once-through plants withdraw enormous amounts of water and are also lagging behind behind in meeting emission norms. Many of these plants were identified for retirement before but have not yet retired.

They continue to operate, with no plan to upgrade or install either emission control equipment or cooling towers.

About 21 GW freshwater-based coal capacity (comprising 40 units) was commissioned after 2016 and had to follow zero liquid discharge, according to the norms. Most new units have come up in Maharashtra, Chhattisgarh and Madhya Pradesh.

A significant number of these units belonged to National Thermal Power Corporation Ltd (NTPC). With regard to the ZLD norm, there is no information on whether these newer plants followed the ZLD condition laid down in the 2015. Currently, on-ground monitoring and inspection is not carried out by regulatory authorities to check compliance with respect to zero discharge.

The report analysed the authenticity of the specific water consumption data that is self-reported by power plants to regulatory authorities in m3 / MWhr, alongwith water consumption break-up consumed in the process, cooling, domestic, ash handling, etc.

2. No uniform format was followed by power plants across states or within a state for submitting water consumption data: It is observed that many plants skip providing data, especially on specific water consumption in their environment statements.

They only provide water consumption break-up, which is of no relevance when it comes to identifying plant’s compliance and non-compliance.

In such a scenario, there is high probability of data manipulation and under-reporting. Plants might continue to underreport and operate with specific water consumption higher than the limit, leading to excessive water wastages.

There is an urgent need for a uniform reporting format, robust monitoring and implementation plan for these plants across all states.

Based on the above findings, CSE recommended a slew of measures in its report to expedite compliance with the 2015 norms, along with better and accurate accounting of reported water consumption data, these measures include the following:

Needless to say, this sector has a massive water footprint and therefore, all efforts must be made to mitigate this impact. Coal power plants are huge guzzlers of water and are responsible for about 70 per cent of the total freshwater withdrawal by all industries in India. Indian power plants with cooling tower consume twice as much water as their global counterparts.

According to CSE’s recent estimates, about 48 per cent of the country’s coal-fired power generation capacity is located water-scarce districts. Coal-power plants in water-scarce regions such as Nagpur and Chandrapur in Maharashtra; Raichur in Karnataka; Korba in Chhattisgarh; Barmer and Baran in Rajasthan; Khammam and Kothagudem in Telangana and Cuddalore in Tamil Nadu have already been facing water scarcity.

There is scope of reducing the sector’s water demand by ensuring implementation of the 2015 standards and addressing the challenges related to accurate reporting of data, old inefficient once-through cooling plants and implementing zero discharge in newer plants is huge.

If implemented rigorously, the standards can drastically reduce overall water consumption of the sector and will make Indian plants water efficient.