Eight countries, the EU analysed; Least faith in US policymakers 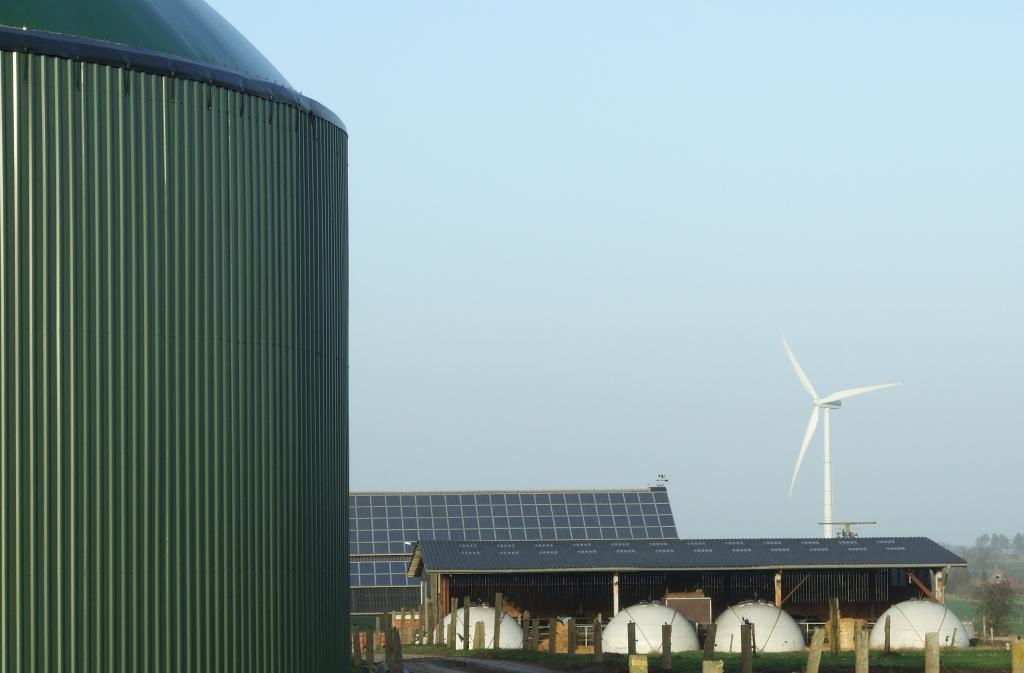 EU has the lead for both compliance and ambition meet its climate pledges, found the survey. Photo: Wikimedia Commons

The study was published in the scientific journal Nature Climate Change. It included eight countries — India, the US, China, Australia, Saudi Arabia, Russia, Australia and Brazil — and the European Union.

The Paris Agreement is a global treaty wherein some 200 countries agreed to cooperate to reduce GHG emissions and rein in climate change. The agreement seeks to limit global warming to well below 2°C, preferably to 1.5°C, compared to pre-industry levels. 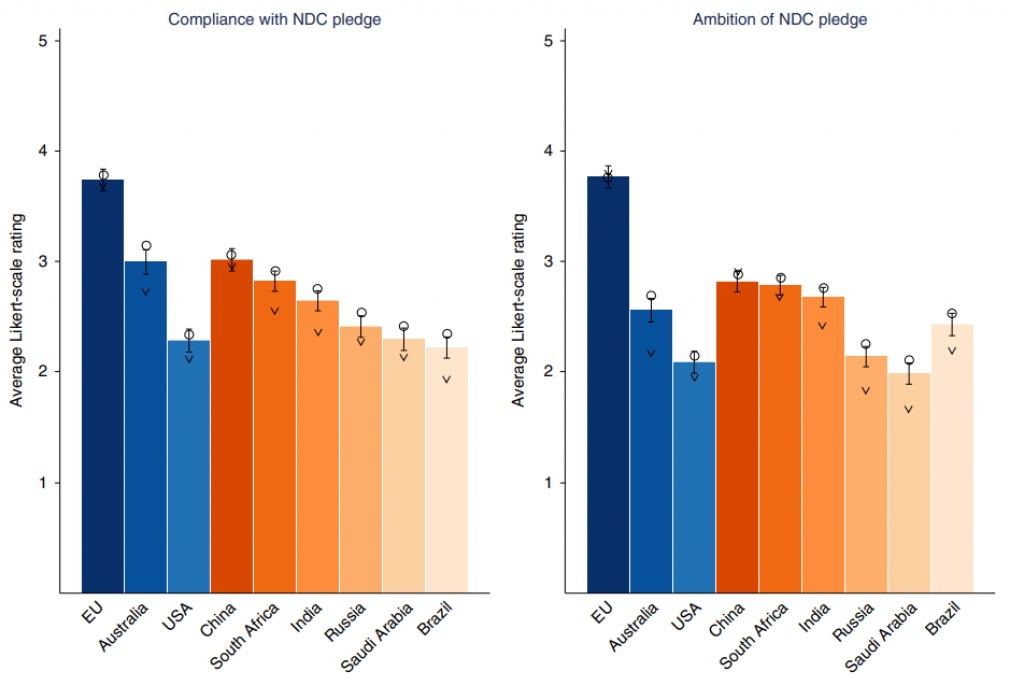 The rankings for the compliance and ambition of NDCs. A Likert scale is a rating scale that quantitatively assesses opinions, attitudes or behaviours. Graph: Nature Climate Change

“India has been pretty careful not to make bold pledges far beyond what the Indian government is confident it can deliver,” the study’s lead author David Victor told Down To Earth. This decision, he added, is reflected in the country’s ranking.

Victor is a professor of industrial innovation at University of California San Diego’s School of Global Policy and Strategy and co-director of the Deep Decarbonization Initiative. The initiative focuses on real-world strategies for bringing the world to nearly zero emissions of warming gases.

“These nations and the European Union have been most active in climate diplomacy, and their engagement is most important,” Victor added.

Nearly all signatories to the Paris Agreement updated their climate commitments during the 26th session of the United Nations Conference on Climate Change (COP 26), held in Glasgow in 2021.

However, the NDCs are not legally binding. The researchers, therefore, wondered if the Paris Agreement is credible. To answer this, Victor and his colleagues surveyed 829 scientists and diplomats.

These experts are privy to negotiations and key policy decisions discussed at COP. This puts them in a position to rate countries, the paper read.

Next, the participants rated the likelihood of their native country and other nations meeting their targets considering economic strength. They also answered questions on the credibility of the pledges.

The EU was rated the most credible, taking the top spot in compliance and ambition, the study highlighted.

In the compliance category, the EU was followed by China, Australia, South Africa, India, Russia, Saudi Arabia, Brazil and the US, the findings showed.

As for ambition, the EU was followed by China, South Africa, India, Australia, Brazil, Russia, the United States and Saudi Arabia, it added.

Further, the researchers spotted a trend from their statistical analysis: Nations with more stable governments are more likely to have bold and highly credible pledges.

Besides, China and other non-democracies are also likely to honour their commitments. Their administrative and political systems enable them to implement complex national policies, the researchers wrote in their study.

The participants showed little confidence in the US, the researchers found.

“When Democrats are in power, the United States makes bold promises often without much of an implementation plan,” Victor said. And the previous government, he added, exited the agreement.

“The declining credibility of US policymakers is a huge problem for the country and makes it hard to foster global cooperation,” the expert explained.

Read more: US’ new climate bill: The good, the bad and the fossil-addicted

The Inflation Reduction Act (IRA), a new law to tackle climate change introduced in August 2022, does not do much for the US, the researchers wrote in a statement.

The law sets aside $369 billion to fund clean energy and electric vehicle tax breaks, domestic manufacturing of batteries and solar panels, and pollution reduction, according to reports.

Victor, however, added that their study ended even before the IRA was introduced. However, “IRA will put the country on track to cut emissions by about 40%, still far short of what the US has promised (50% by 2030),” he added.

Going forward, the researchers call for better-designed systems to assess whether nations comply with their promised goals.