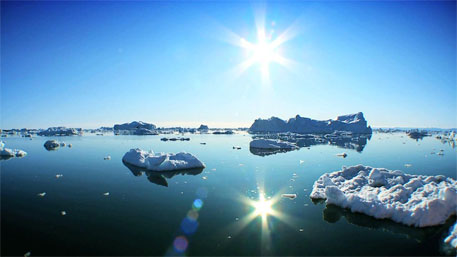 Keeping in mind the invitation to all countries to communicate their intended nationally determined contributions (INDCs) well in advance of COP 21, a separate session was held at the United Nations’ Ad hoc working group on the Durban Platform (ADP). The session, organised on February 9, was aimed at supporting domestic preparations for INDCs.

Several developing countries however, questioned the mitigation-centric nature of the guidance for the preparation of the INDCs. China came out strongly against the guidance documents and called for the “misleading” materials to be immediately deleted from the UNFCCC’s submission portal until they were discussed and endorsed by all parties.

Developing countries see red
Several other developing countries—Egypt, Argentina, Iran, Timor Leste— reiterated that the INDCs are not just about mitigation and that all elements must be addressed in a balanced manner.

In a response to the various interventions, UNDP assured the parties that a chapter on how to consider adaptation in the preparation of INDCs is currently being developed.  The chapter is expected to be distributed to all countries for comments towards the end of March and will be integrated into the INDCs by the end of April.

Progress made on including submissions to draft text
The first two days of the ADP session in Geneva saw rapid progress being made in getting all the inputs from all Parties. Instead of the anticipated eight sessions, this was completed in only five contact group meetings.  While all the inputs had been noted, the text being negotiated had more than doubled and now consists of over 300 paragraphs.

The challenge for the ADP now is the streamline the text as an intermediate step towards arriving at a final “negotiating text” before Paris.  The process of streamlining did begin on Tuesday, but there was much confusion and disagreement over the process.

India sought assurance that views on streamlining be captured in a separate, evolving document, while Brazil proposed that a separate non-paper or a table be used to illustrate the differences of parties.  There were also differences on whether new text could be proposed at this stage or not.

Discussions on the methodology to be followed in streamlining the text is expected to continue on Wednesday, February 11.  The other important item on the agenda for Wednesday is a discussion on the general structure of the 2015 agreement is part of the agenda.