Fishing community is being issued warnings by the state; port authorities are keeping a close watch 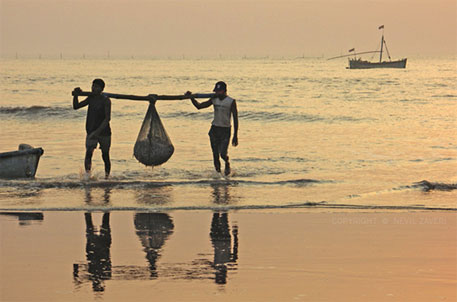 With Cyclone Nilofar lurking over the Arabian Sea, Gujarat remains fully prepared to tackle the storm. In 1998, Gujarat suffered the devastating effects of a cyclone in which 70 people were killed and 10,000 others were displaced. This time, however, the state is not taking any chances.

According to Ahmedabad-based disaster expert, Mihir Bhatt, changes in weather forecasting systems have helped the state authorities prepare for the disaster. “Indian Meteorological Department’s (IMD) predictions are more early and accurate. It has also become easier to predict the exact place where a cyclone will hit and when it is going to impact,” says Bhatt.

Bhatt explains that the experience of dealing with natural disasters has helped the state create state and district-level committees. “The highest offices in the state have been giving full attention to these disasters and there is political will towards mitigating them,” he says.

Gujarat government officials have already started issuing warnings to the fishing community to return to the shore. The National Disaster Response Force (NDRF) has positioned seven rescue and relief teams at Gandhidham, Dwarka, Porbandar, Veeraval and Rajkot in the Saurashtra region of Gujarat.

Two rescue teams have also been positioned at Bhuj in Kutch, a government official said. Gujarat Maritime Board has not issued any warnings for the ports yet. An official, however, told local news organisations that port authorities were keeping a watch, especially in the Mundra region of Kutch.

As compared to the 1998 cyclone which originated around 450 kilometres off the coast of Saurashtra in the Arabian Sea, Cyclone Nilofar is expected to rapidly weaken before entering northern Gujarat. The weakening of the cyclone is good news for Gujarat farmers sowing kharif crops, especially in drier areas which received very less rainfall last monsoon.