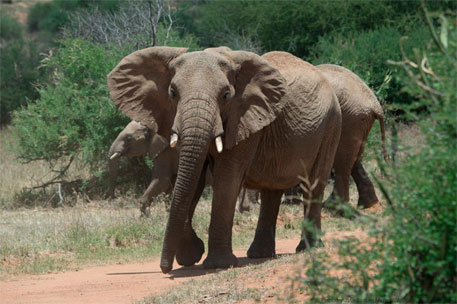 British broadcaster and naturalist David Attenborough has warned that rhinos and elephants will become extinct in Africa in the next decade if consolidated charity and conservation efforts are not undertaken.

Speaking at a fund-raising event organised by the Society of Biology in London, the wildlife broadcaster said the survival of Africa’s great beasts, collectively known as megafauna, was dependent on the intervention of governments and conservationists.

“We are all part of the natural world and should learn how to look after it. But if you are cut off or divorced from the natural world, you don’t have a chance to understand how to do that… If there weren’t dedicated people around the world who are caring for the African megafauna, it would go like that. You have to support conservation charities. They need that.”

The society raised nearly $30,000 to support its charitable event that was attended by nearly 500 guests at the Science Museum in London.

Attenborough’s comments have come at a time when conservationists revealed that the elephant population in Mozambique, a southern African nation, has dropped by nearly 50 per cent in the past five years due to poaching.

Poaching is rampant in the country to meet the massive demand for ivory in China. A recent report released by global non-profit—The Wildlife Conservation Society (WCS)—which works towards elephant conservation in Mozambique, said the number of animals had dropped from the already-low figure of 20,000 five years ago to just 10,300 at present.

WCS was founded in 1895 to save wildlife and wild places across the globe.