Despite having toilets at home, many in rural India choose to defecate in open 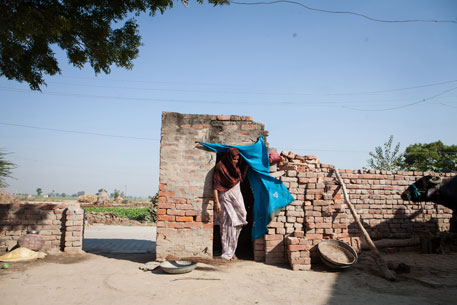 It would be wrong to assume that construction of a toilet in every house can curb the problem of open defecation in India. According to a new study, a significant number of people prefer to defecate in open despite having latrines in their houses. The study was conducted by the Research Institute for Compassionate Economics (RICE), Sitapur, Uttar Pradesh.

By reaching these households, the researchers got to know about defecation-related behaviour of about 22,787 individuals. They were shocked to find that in 40 per cent of the households that had a functional latrine, at least one member defecated in the open.

Talking about reasons for this behaviour, about 47 per cent of those who defecated in the open said they found open defecation more comfortable and convenient. Others cited reasons like an opportunity for morning walk, a visit to their fields and access to fresh air in the morning as factors that drive them to defecate in open.

Preferences, not facilities, are the real problem
The observations state that much of the problem is about sanitation preferences. It is unfortunate that the government has not been able to do much to influence them. Only 31 per cent of total respondents said that they had seen a poster, painting, pamphlet, street play or a film about the use of latrines. Moreover, only 16 per cent respondents had heard of village-level meetings on sanitation. The basic awareness for sanitation policies does not seem to have improved despite various programmes launched to promote use of latrines.

Hathi, one of the researchers and associate director of RICE, said, “While some of our findings will be no surprise to those who have tried to change sanitation behaviour in India, the magnitude of resistance to latrine use in rural north India might surprise even experts.” She added that even among groups like young women who were most likely to use a toilet, open defecation was still more common than in some of the poorest countries in the world.

Aggressive promotion needed
The country has continuously topped the chart for open defecation being practised by as many as 70 per cent of Indians in rural areas–or approximately 550 million people, according to UNICEF.

The researchers have suggested that India needed a large-scale campaign to change sanitation preferences and promote latrine use along with providing sanitation facilities to every household. They said if the government wants to achieve its goal of eliminating open defecation by 2019, it must concentrate on building demand for latrine use in rural India.

Population density continues to remain a worry as hundreds of thousands of babies are killed due to diseases caused by lack of proper sanitation facilities and stunts the lives of millions who survive.

Click here to read the study report, Revealed preference for open defecation: Evidence from a new survey in rural nort