Did Welspun fudge facts for its coal-fired power plant in Mirzapur?

Project will destroy forestland and wildlife, say non-profits; Centre's decision on environment clearance yet to be made public 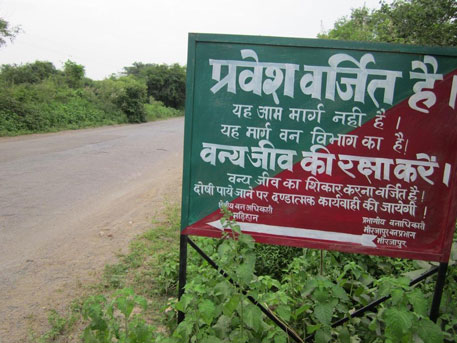 A proposed thermal power project of Welspun Energy in Mirzapur district of Uttar Pradesh has got mired in controversy following allegations that the company concealed information about the presence of forestland and endangered wildlife at the project site. The farmers in the region have also been protesting against the project, alleging the company bought land for the project by cheating them.

Welspun (Uttar Pradesh) Pvt. Ltd. is planning a 1,320 MW coal-based thermal power plant in Dadri Khurd village in Mirzapur. It was considered for environment clearance by the expert appraisal committee (EAC) of the Union Ministry of Environment and Forests (MoEF) on November 18. The decisions taken in the meeting are yet to be made public. The environment clearance of the project had earlier been deferred by EAC in March this year on the grounds that the environment impact assessment (EIA) report of the project prepared by the project proponent did not contain sufficient information. Vindhya Bachao Movement, a coalition of local environmentalists and non-profits, has sent several representations to MoEF about the discrepancies in the EIA report.

A site-visit report prepared by the non-profit in September this year revealed that the project site is surrounded by the forestland from all sides and one cannot reach the site without passing through the forest. The current access road to the project site is a forest road and transfer of coal by rail or even construction of road cannot happen without clearing  forests, the report states. “The proposed pipeline for pumping water from the river Ganga falls well within the forestland even though it is claimed to be a motorway,” it adds. 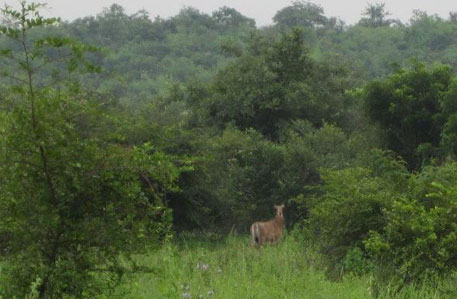 The forest department's data accessed by the non-profit Vindhyan Ecology and Natural History Foundation (VENHF) shows presence of critically endangered wildlife such as sloth bear, Bengal monitor lizard and peafowl in and around the project site. “The compensation paid by the forest department for the damages caused by the sloth bear have been maximum from around the project site. But the impact of project on the forest and wildlife has not been mentioned at all in the EIA report. The EIA report says the project site is a barren land but in reality it is either agriculture land or is full of grass and trees and qualify as forest irrespective of its ownership. The bamboo plantation mentioned in the EIA report is also forestland,” said Debaditya Sinha of VENHF.  The report has put several photographs as evidence to support its claims.

'Farmers forced to give up land'

The report also alleges that land has been bought forcibly at a meagre price by creating an atmosphere of fear among farmers with the help of local property dealers. Recently, application forms for employment in the power plant have been distributed to the local people. The form, a copy of which is attached with the site-visit report, runs into three pages and consists a declaration that the applicant is totally in the favour of the project.

“We all are with the project plan, and whosoever  becomes obstruction to the project, today or in future will together voice against him and will  support the thermal power plant to be established by Welspun Energy U.P. Pvt. Ltd shoulder to shoulder,” says the text of the declaration and the applicant and his family members are required to put his signature on the first page itself. The details about the job application are to be filled in the next two pages. “It seems that because the project was coming up for consideration of EAC and the protest was growing against it in the region, the project propnents used this tactic to show they had the support of the local people,” said Sinha. 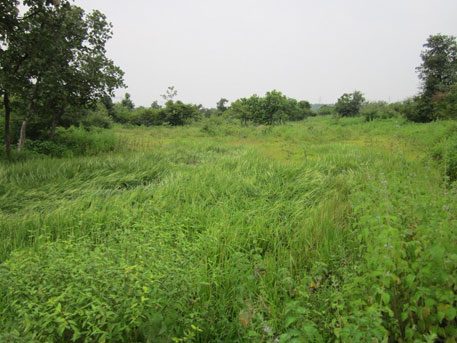 As per MoEF guidelines, the location of the thermal power station should be avoided in the vicinity of places of archaeological, historical, cultural, and religious or tourist importance. However, Wyndham Fall, a historical tourist place on Khajuri river, the newly built south campus of Banaras Hindu University (BHU) and the ancient Ludki Baba temple, are located within 7.5 km of the project site, claims the report.

The report claims that the project will result in the pollution of Upper Khajuri reservoir and river Khajuri, on which the entire population of the region depends for drinking water and irrigation. BHU has also written to MoEF, the copy of which is with Down to Earth, showing their concern for the health of students of BHU campus and the impact on the drinking water supply of the campus which depends entirely on Lower Khajuri Dam reservoir, which is fed by Upper Khajuri Dam reservoir. BHU has recommended shifting of the project to some other place. The Vindhya Bachao Andolan in its report has also countered most of the arguments for selection of the site, such as those on availability of resources and suitability of the topography as claimed in the EIA report.

The power company insists that the project is on revenue land. In response to the allegations sought by Down To Earth through email, the spokesperson of the Welspun Energy Limited wrote: "The EIA report is clear. As a responsible, transparent and an honest organization working in the energy sector, we too have nothing to hide. Our project stands on revenue land. We have been able to acquire the land and set up the plant because there is no reserved/ protected forestland involved at all.”

The spokesperson admitted that the access road to the project site was maintained by the Forest Department and that the land for the project was not acquired through the Land Acquisition Act. “There is no displacement of farmers involved as most of the plant stands on barren land. As and when there was requirement, we purchased additional land directly from the land owners as per their demand and not through Land Acquisition Act,” the spokesperson wrote.

Countering the allegations of water pollution, the spokesperson said: "For the welfare of the villagers we have set up a water scheme to bring in about 9.54 million cubic metre of water from Ganges to Upper Khajuri dam for meeting their irrigation requirement. This wasn’t the case earlier. Separately, water conservation measures like rain collection ponds as well as rain harvesting ponds have been considered to conserve the use of water."