African exporters face choppy waters in the wake of Brexit 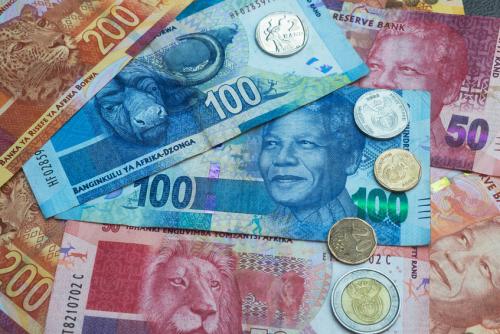 One would certainly be forgiven if, like us, you found yourself doing a double take at the news that Britain’s public voted in favour of leaving the EU. This is because shortly before the Brexit polls closed, opinion polls were showing the ‘remain’ vote marginally ahead. While currency markets were already reflecting heightened volatility in the run up to such a momentous event, the decision to leave certainly came as a surprise, garnering an even more tumultuous response. A more disconcerting development is that Britain’s decision has opened the possibility of other member states calling their own referenda on EU membership. This would result in a fragmented EU, creating further market uncertainties. Caroline Southey, the Conversation Africa’s editor, asked Fatima Bhoola and Nimisha Naik, lecturers in economics at the University of the Witwatersrand, what it means for Africa.

What impact will the exit vote have on South Africa and other African countries and who on the continent will be most adversely affected?

The immediate effects were clearly reflected in the currency markets.

For emerging markets heavily reliant on commodity exports, Brexit could not have come at a more worrisome time. Growth prospects are already severely strained due to flat commodity prices and slower global growth.

UK ministers in favour of Britain’s exit were quick to offer reassuring comments. The UK minister for Africa James Duddridge pointed out that without the burden of the EU, relations between the UK and Africa would improve.

Despite this reassurance, Brexit will adversely affect countries such as Nigeria, which relies heavily on foreign direct investment from the UK. The country’s tenacity is going to be severely tested by a combination of the post-Brexit transition period coupled with softer oil prices.

Kenya is equally concerned that trade with the UK will be disrupted because agreements made under the auspices of the EU will have to be renegotiated. Kenya is heavily dependent on earnings from agricultural exports to the UK such as cut flowers. On the other hand bilateral agreements between the two nations are long standing which means that trade relations are likely to continue.

On a positive note, the decision to leave the EU may well open a new chapter in the UK’s trade relations with the world in general and Africa in particular. The UK’s exit could give it new found sovereignty and autonomy over its relations with Africa. This could result in more favourable agreements with African trading blocs, creating incentives for African farmers as well as firms.

If Duddridge is to be believed, then the UK’s post Brexit resurgence of relations with Africa may extend to its policies on monetary aid. He argues that funds will be allocated more efficiently as they will no longer be channelled through the European Development Fund.

How is the decision likely to affect the rand?

The immediate aftermath of the announcement saw currency traders seeking refuge in safe havens such as the Yen and the US Dollar. These currencies strengthened while the pound hit record lows last seen during the Plaza Accord.

Naturally this also led to a significant decline in the currency of most emerging markets. Investors shed their pound denominated holdings. They sold anything associated with the currency while buying assets related as remotely as possible to the pound.

South Africa was no exception. The strengthening dollar resulted in a sharp drop in the rand’s value to levels lower than those seen during last year’s ill-fated decision to reshuffle the finance ministry. The rand remains volatile and will do so as worldwide uncertainty prevails.

Unfortunately, the weakened and volatile rand does not bode well for South Africa. If it continues, the depreciation of the currency will put upward pressure on the inflation rate. Higher prices will weaken the economy further. A persistent decline in the rand may also reduce the country’s ability to service its foreign denominated debt.

The implication of this is that when ratings agencies reevaluate South Africa’s position later this year they may very well readjust its credit rating to junk status. If this happened international banks, among others, would be more reluctant to lend to South African entities. And existing credit lines could also be withdrawn. This is a development South Africa has been trying to prevent and most certainly cannot afford.

Will there be any impact on South Africa’s trade relations with the UK?

Trade is a cornerstone of South Africa’s relationship with the UK. It is the country’s seventh largest trading partner and the UK’s largest trading partner in Africa. This relationship is governed under the EU-Southern African Development Community (SADC) Economic Partnership Agreement. South Africa also has several trade agreements with the 28-member EU member countries. But the UK is a highly profitable market for the country, generating exports to the value of nearly R42 billion in 2015. This figure constitutes almost 20% of South Africa’s total exports to the EU, making the UK one of the top four destinations for South African exports.

In the very short term there are unlikely to be major changes to South Africa’s trade relations with the UK or even EU. This is because it could take two to four years before the UK officially exits. Nevertheless continued market uncertainty will see a definite decrease in exports of South African commodities to the UK as markets adjust to news of the exit.

But the medium term is going to be characterised by significant changes to South Africa’s trade relations with the UK, and, by the same token, with the remaining EU bloc. Professor Peter Sinclair at the University of Birmingham, who was opposed to Britain’s withdrawal from the EU, believes that because the UK constitutes such a substantial portion within the EU market, previous trade relations between South Africa and EU would certainly need to be re-evaluated. He believes that a more detailed renegotiation of trade relations, particularly with the UK, is inevitable.

Will anybody benefit economically from this decision?

The immediate reaction to the referendum was to move capital away from UK assets. Those holding dollar denominated assets emerged as the immediate beneficiaries. A brief period of weak foreign direct investment should be expected as the UK’s new relationship is renegotiated. But to assume that this capital flight will continue indefinitely is premature since the UK, despite not being a member of the EU, would still remain a safe haven for investors.

It may be surprising to some, but the benefactors of Brexit may well be the EU and UK. The creation and subsequent expansion of the EU delivered clear benefits for both Britain and continental Europe. However, according to British economist Andrew Lilico, the success of the euro depends on the Eurozone becoming a more unified state. The UK’s refusal to join Europe’s common currency project was a clear obstacle to it achieving deeper European integration. Hence it is in fact in the EU’s best interest that Britain voted to leave.