Allocation for schools in tribal areas increased, but funds for other education schemes heavily slashed 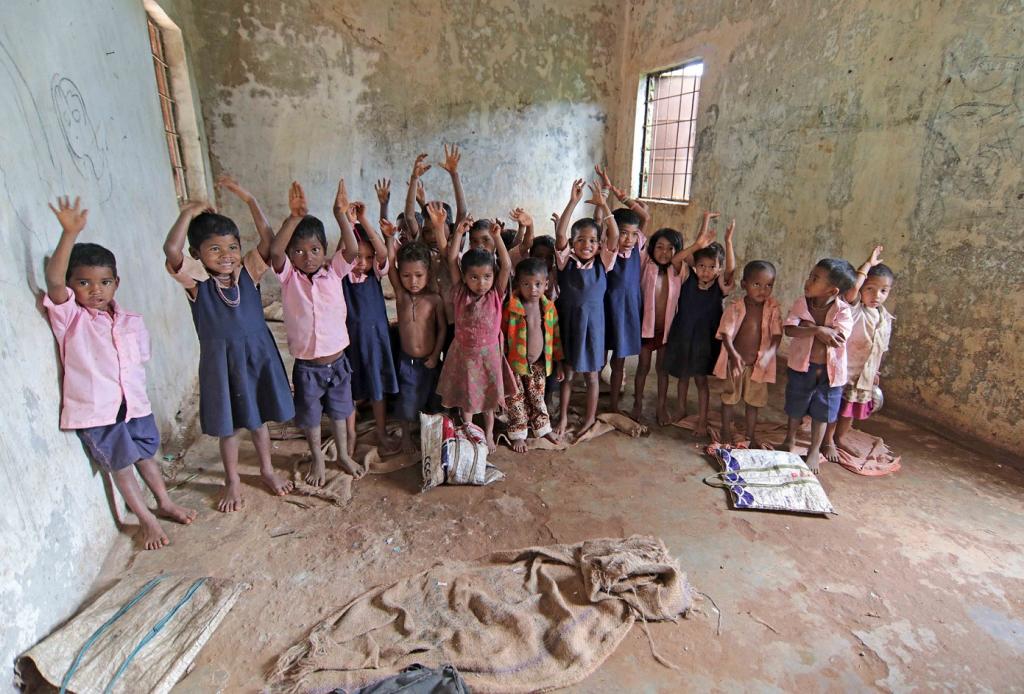 To have residential school, every block needs to have more than 50 per cent ST population, which makes the eligibility criteria far stricter. Credit: Vikas Choudhary / CSE

Finance Minister Arun Jaitley in his budget speech talked about the importance of education in tribal areas. He announced government’s plan to set up Eklavya Model Residential Schools (EMRS).

“The government is committed to provide the best quality education to the tribal children in their own environment. To realise this mission, it has been decided that by the year 2022, every block with more than 50 per cent ST population and at least 20,000 tribal persons, will have an Ekalavya Model Residential School,” the minister said.

On the face of it, the budgetary allocation for Tribal Education has increased from Rs 1,635 crore in 2017-18 to Rs 1,936 crore in the current financial year. However, the minister’s good intention towards the tribal population of the country is not supported by the data on individual schemes for the same.

Although the amount of fund released for setting up EMRS have increased over the years under the current NDA government, they are lower than what was released for the same under the previous UPA-II government. In comparison to the funds allocated for the EMRS scheme at the beginning of this decade, in 2016-17, the funds were almost 20 per cent lesser.

Apart from EMRS, fund allocation for related schemes has reduced drastically: funds released for hostels for ST students sustained a drop of 94 per cent and for Pre-matric scholarships for ST students in IXth and Xth class, there was a drop of more than 75 per cent.

The minister also linked the question of education to the larger question of skill development. Yet, here too, the funds have been reduced.

The tribal communities, which constitute the lowest rung of the economic ladder, with 45 per cent living under the Below Poverty Line in rural areas and 24 per cent in the same category in the urban areas saw funds for Skill Development, Vocational Training (Income generation) getting slashed by more than 50 per cent.