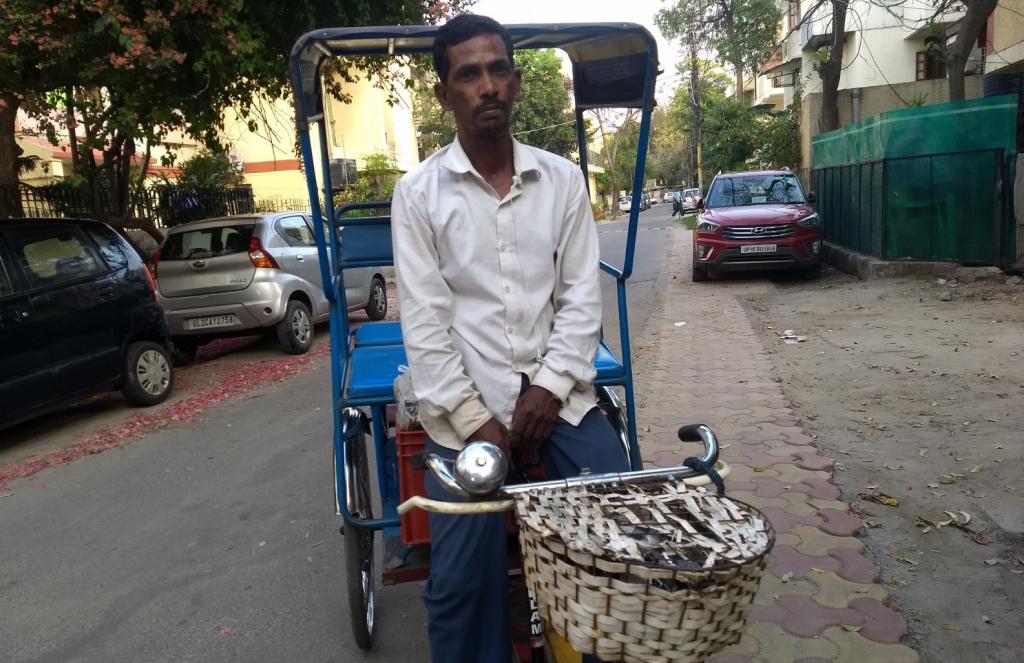 Rickshaw puller Mohammad Idrish from Purnia in Bihar, earns a living in Gautumbudh Nagar in western Uttar Pradesh. He will be affected most by the lockdown due to COVID-19. Photo: Kundan Pandey / CSE

The novel coronavirus disease (COVID-19) pandemic, the lockdown announced to combat it, are affecting the most vulnerable sections of Indian society, including the urban poor.

The economic fallout of COVID-19 will be much larger than the health crisis in terms of the number of people who will be affected, Reetika Khera, an economist told Down To Earth. Those who escape disease, will be affected by the fallout of the lockdown, she added.

The biggest hit would be taken by internal migrants, many of whom work in urban areas.

Nine million people migrated annually from one state to another either for work or educational purposes, according to the Economic Survey of India, 2017. India had a total of 139 million internal migrants (inter and intra-state movement), according to the 2011 Census estimates.

The size of the inter-state migrant workforce in the country was estimated to be over 100 million (10 crores) in 2016 in absolute terms, Santosh Kumar Gangwar, Union Minister of State for Labour and Employment stated in Lok Sabha recently.

Most of the migrants belonged to states like Bihar, Uttar Pradesh, Madhya Pradesh, West Bengal and Rajasthan. The major destinations for these migrants were Delhi, Maharashtra, Gujarat, Tamil Nadu and Kerala.

Millions of such people are stranded now and are clueless about what is in store for them in the days ahead.

Like Mohammad Idrish, a rickshaw puller in his late forties. On March 23, 2020, when Gautumbudh Nagar in Uttar Pradesh (where Noida is located), along with 80 other districts, was in complete lockdown, he did not get a single passenger to ferry.

He usually sends at least Rs 2,000 to his family in Purnia district of Bihar. Now, he is in a fix as he can neither send money to his family including four children and wife nor arrange food for himself. And, he cannot go home as well since all trains are closed.

Or Seema, a domestic help, who stays in a rented accommodation in Nithari village of Noida along with her husband who is a daily wage worker.

She was asked by all four households where she worked to not come for work. Some assured her they would pay her money regardless of whether she had worked or not. But she is not sure. Her husband too cannot find any work in the lockdown.

“Immediate relief needs to be announced for these people,” Khera said. “This must include shelter at stadiums and community halls and setting up community kitchens across all such cities, especially at bus and railway stations,” she added.