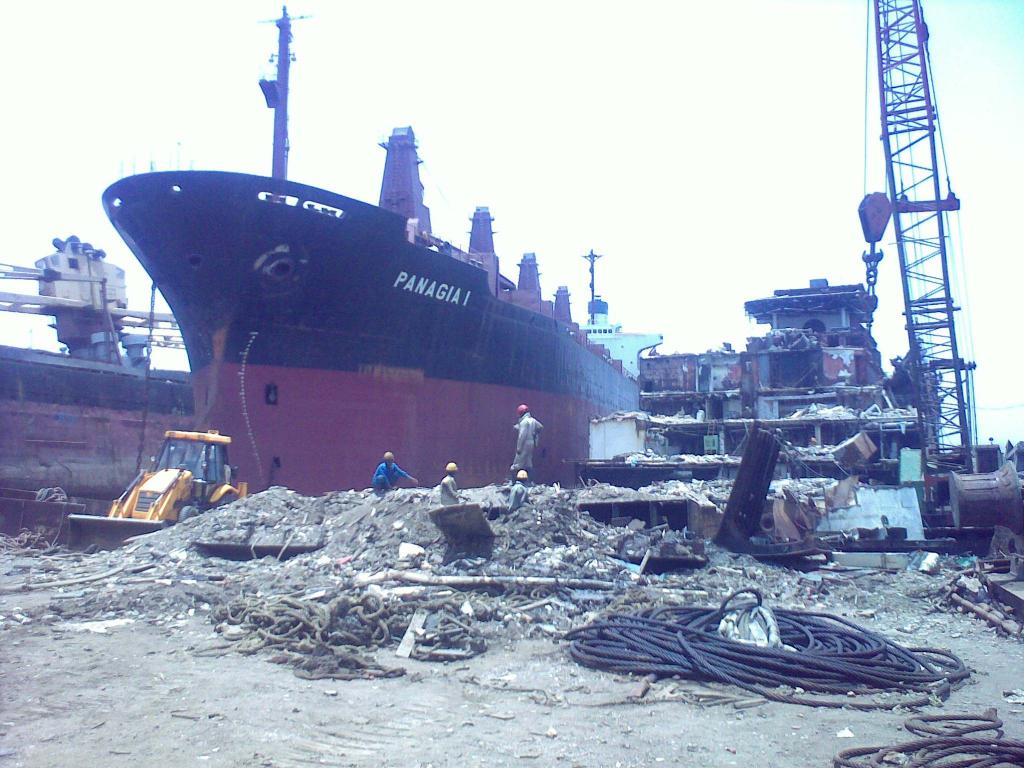 The ship-breaking and recycling industry in Gujarat’s Alang — the largest in the world — is among the many victims of the novel coronavirus lockdown. At least 75 per cent of its labour force returned to Bihar, Odisha, Uttar Pradesh and Maharashtra, which has led the industry owners to look at workers from Saurashtra, rendered unemployed by diamond cutting and polishing units.

The industry is also looking at those who worked at textile units in Surat but returned home. Workers from fishing and other industries who approached the labour union and ship breakers at Alang for a livelihood opportunity are also on board.

The ship breakers have been writing to the Gujarat Maritime Board (GMB) to reopen its training institute and impart mandatory training to the unemployed workers.

They claimed that the lockdown and reverse migration placed the industry at a precarious position in comparison to the industry in Pakistan and Bangladesh.

The ship breakers have also asked the central government to bring back the labourers willing to return to work via Shramik trains. Several labourers had been calling contractors to make arrangement for their return, they claimed.

“We have only 25 per cent of the 10,000 strong labour workforce. There are 120 ship breaking plots in Alang, of which 90 were functional at the time of the lockdown. Alang always hosts a floating workforce; about 2,000 labourers go to their homes and come back,” said Haresh Parmar, general secretary of Ship Recycling Industrial Association (SRIA) in Alang.

“We cannot employ labourers directly. The guidelines make it mandatory for the potential employees to be given basic training by the institute being run by Gujarat Maritime Board. We are now looking at the unemployed labour sitting at their homes in the villages of Bhavnagar and neighbouring districts of Saurashtra,” said SRIA President Vishnu Gupta.

He added that the Gujarat Maritime Board needs to start imparting basic and expert trainings to these people so that they could be meaningfully employed.

“More than 80 per cent of labour force comes from Uttar Pradesh, Bihar and some other states. We are facing a difficulty in managing the shortfall,” added Gupta.

The labour crisis has its roots in the ‘mismatch’ between the lockdown and reverse migration, claimed ship breakers. According to them, had the labourers been allowed to go back home when the first lockdown was announced, majority of them would have been ready to come back when the government started opening the lockdown.

“Training a diamond or textile worker to take up ship building is not easy, but it can be done. Labourers from different states have different skill sets. For example, labourers from UP are good at gas cutting and those from Maharashtra at disintegrating. We are also getting queries from workers employed in fishing and who are looking at employment avenues,” said Vidyadhar Rane, general secretary, Alang-Sosiya Ship Recycling and General Workers Association.

He added that the ship breakers and recyclers needed to chalk out a requirement plan as reservations on employing local labour are also changing.

He pointed out that Alang has been a key destination for ship breaking and recycling for four decades, and yet there is permanent employment for workers so far.

“It is high time that the government and ship breakers come together to provide regular employment with social security benefits to labourers,” said Rane.

Rane said Alang could have prevented its labourers from leaving during the lockdown. “We needed to address their requirements and educate them that they were better placed here. But we missed the opportunity,” he added.

The ship breaking industry has pegged its losses at over Rs 350 crore. The depreciation of the rupee has also hit ship breakers hard, Rane said.