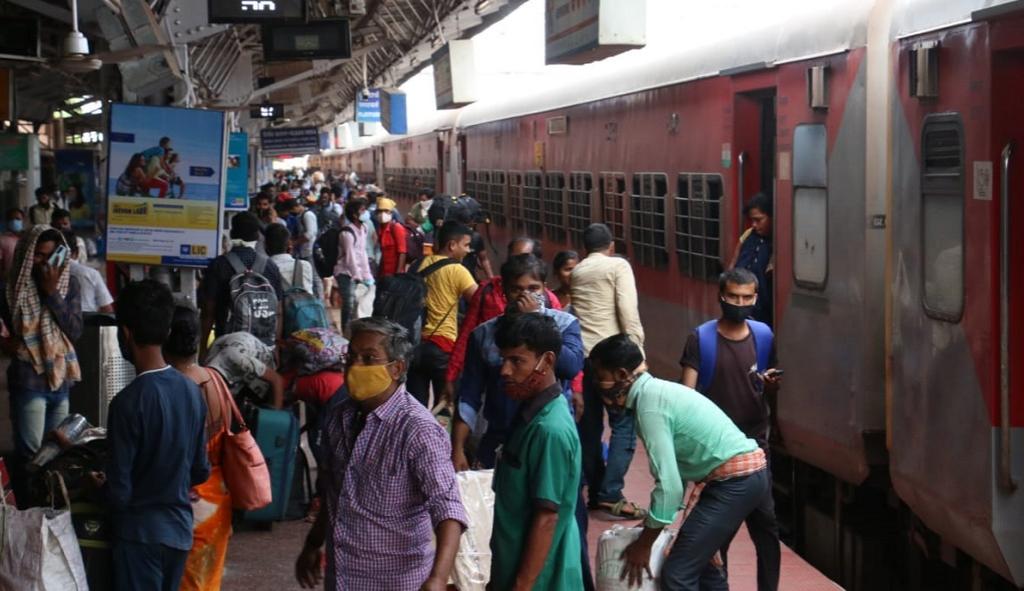 Ahmedabad, Mumbai and Chennai-bound trains from Odisha have been running to full capacity for the last 4-5 days due to the return of the migrant workers. Photo: Hrusikesh Mohanty

Migrant workers who had returned to their native places in Odisha in the wake of the second wave of the novel coronavirus disease (COVID-19), three months ago,  have started going back to their workplaces in states like Gujarat, Maharashtra, Tamil Nadu and Karnataka.

The migrant workers preferred to go back to their work places given the declining trend of COVID-19 cases in India and fewer job opportunities in Odisha. Most migrant workers from Odisha work in the textile mills and the diamond industry in Surat and Ahmedabad and the fish processing units in Chennai and Mumbai.

Ahmedabad, Mumbai and Chennai-bound trains have been running to full capacity for the last four-five days due to the return of the migrant workers, a railway officer in East Coast Railway said. These trains were running with empty seats about a month ago.

Several migrant workers from Ganjam, Khurda, Gajapati, Rayagada, Jajpur and Balangir districts had returned to their native villages in March and April amid a surge of COVID-19 cases in their workplaces.

We estimate that only 40,000 migrant workers returned to Odisha in the wake of the second wave of COVID-19, Odisha labour commissioner Thirumal Naik, said.

Unlike the first wave, this time, migrant workers are not facing difficulties in returning. Most of them preferred to stay in their workplaces, as the factories were running with restrictions, the labour commissioner said.

In the wake of the country-wide lockdown, as many as 853,777 persons returned from three states — Gujarat, Tamil Nadu and Kerala — during April-September 2020 through special trains, sources said. Besides, many more people had also returned in special buses, on foot and also via sea routes.

“The textile mills in Surat have resumed operations with the decline in COVID-19 cases in Gujarat. Instead of sitting here without a job, I decided to go to Surat once again,” Dibakar Bhuyan of Gangapur in Ganjam district, said. He had returned to his village in the month of April.

Rabindra Sahu of Beguniapada in Ganjam said: “The textile mill owners might have engaged some others if we had not returned to our workplaces. Moreover, we have been sitting idle for the last two months due to a lack of work in our native places.”

The state government however claimed as many as 49,370,569 person days have been generated in the state from April to June 10 this year under the Mahatma Gandhi National Rural Employment Guarantee Act (MGNREGA). The migrant-prone Ganjam district generated 10,104,989 person days — the highest in the state during this period.

Ganjam collector Vijay Amruta Kulange said several migrant workers who had returned, had benefited from MGNREGA in the district.