Full-house at orchards despite pandemic keeping away workers, but hardly any transport now 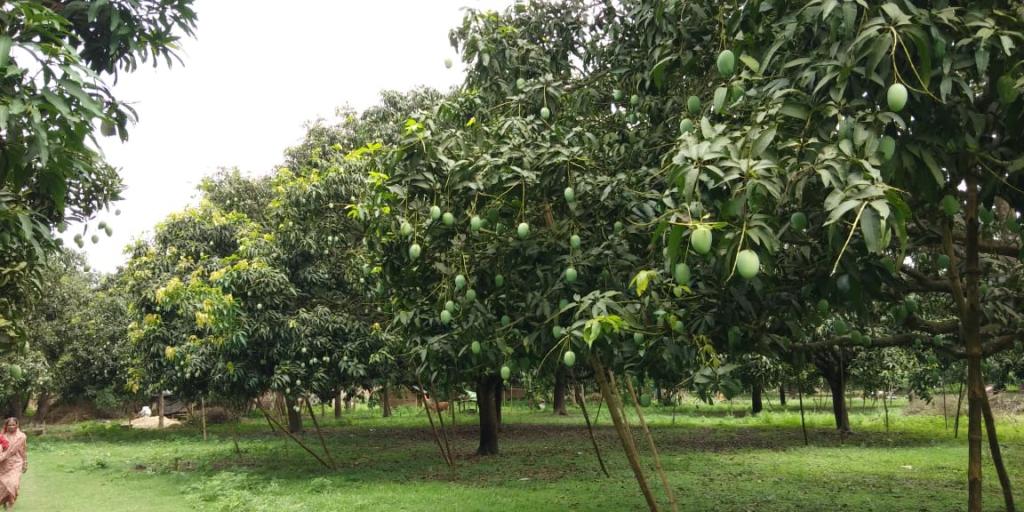 Mango farmers in West Bengal’s Malda district are staring at huge losses as the second wave of the novel coronavirus disease (COVID-19) pandemic threatens to disrupt late-stage harvest and supply chain. The district, one of the biggest mango producers in the region, incurred a loss of around Rs 1,500 crore last year due to the COVID-19 restrictions and the devastating Cyclone Amphan.

This year, Malda had ‘bumper’ yield of mangoes due to favourable weather conditions and is expecting to harvest close to 350,000 tonnes of the fruit till June, said agriculture experts.

But the second COVID-19 wave that struck right around peak harvest season, may wash over the industry, feared locals and experts. Most fruits are picked in the first week of June, said Ujjwal Saha, President, Malda Mango Merchants’ Association, since a majority of the Malda varieties mature late. He added:

This is the time when Malda mangoes ripen. During these crucial weeks of production, farmers need to take special care and apply pesticides to prevent attack of insects and fungal infection. But now, the labourers who are skilled for the work are refusing to come to the orchards fearing contagion. This will surely have an impact on the quality of mangoes.

Malda, just north of where the Ganga enters Bengal, produces Fazli, Himsagar, Lakshmanbhog, Amrapali and several other popular varieties of mangoes over 33,000 hectares. The district’s produce has a huge market across West Bengal and in other states such as Assam, Tripura, Bihar and Jharkhand.

But COVID-19 lockdowns disrupted transport and restrictions on market timings affected sales. Farmers fear that most of the fruits will be wasted on the orchards without labourers to pick and package them and merchants to buy them.

Dipak Mandal, who is associated with Indian Council of Agriculture Research-Central Institute for Subtropical Horticulture in Malda, said:

Assam or other states are our major purchasers. But due to COVID-19, interstate transport has been restricted. So the dispatch has stopped and export to different states is uncertain.

Even at the local level, there are hardly any buyers for the fruits that have been picked. Last year, only 15-20 per cent of the total produce was sold in Malda and the rest was sent to other states. So, the rate was higher. This year, 60-70 per cent of the mangoes harvested in some areas and 90 per cent in others have not gone out of the district.

The production cost of each kilogram of mango, including labour and packing, is Rs 30 per kg, said Saha. The produce is being sold within the district at Rs 10 / kg due to low demand but there are still no buyers, he added.

“This year the yield is better but COVID-19 is having a terrible impact. People’s purchasing power has gone down and there is almost no market for the mangoes," said Mandal. He added that if the pandemic had not reared its head again, mango traders would have seen a great returns.

Around 100-120 labourers are engaged in each mango orchard in the district. The production structure followed is unique to Malda:

Also, there are those involved in making wooden boxes to transport mangoes and those associated with the logistics. Thousands of women in certain villages across the district are involved in making and selling Amsattva, a popular sweet made with mangoes.

Each of these people will be impacted if sales fail to take off this year as well. Many small-scale mango cultivators are thinking of shifting to paddy or vegetable farming while some are selling off their land and investing in ponds for pisciculture. A few of them are contemplating becoming daily wagers.

Those who have larger orchards and also lease out parts of the land, are not backing off despite heavy losses. But they are cultivating on smaller parcels of land this year to be on the safer side.

Soumen Poddar, whose family is in the mango business for more than 30 years and cultivates nearly 100 acres, invests Rs 30-35 lakh every year. Last year, the family incurred a loss of around 70 per cent of the investment. He said:

Till 2019 the business was good, despite the attack of Nipah virus in 2018. The massive rainfall last year along with COVID-19 was destructive for most cultivators and businesses. We somehow survived because we have our own land and we don't involve middlemen in our trade. We have not cut down on our investment but many have been forced to do so. The buying and selling of orchards has gone down significantly this year.

A government insurance policy would have helped cushion the blow, he added. Locals and experts echoed his demand and added that the pandemic made it evident that the district needs food production and preservation units.

Many cultivators also observed the government apathy to their situation. “Our economy is mostly dependent on mango cultivation. The central government should extend some financial help to save us,” said Saha.