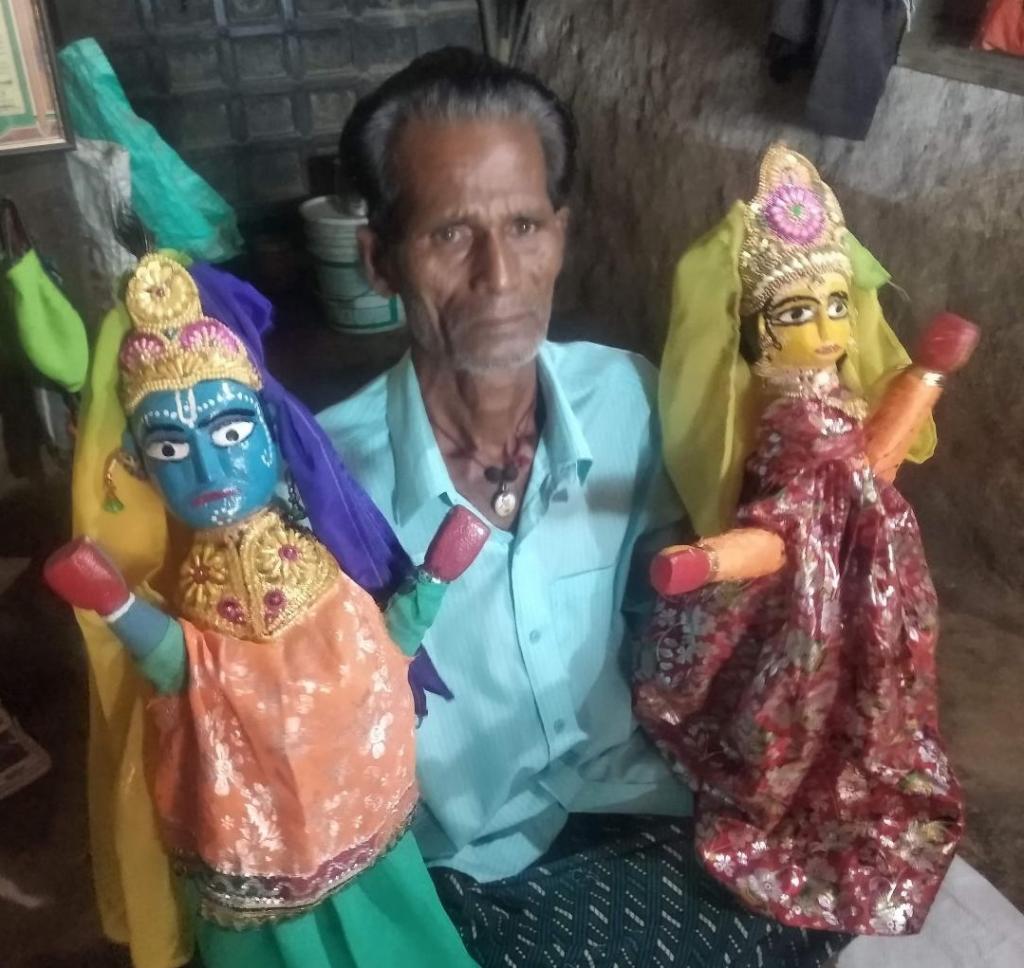 The second wave of the novel coronavirus disease (COVID-19) pandemic has robbed Odisha’s puppeteer community of a chance of revival. The travelling performers suffered a severe financial blow last year when the lockdowns confined them to their homes. They are fearing a second bout of financial strain with a state-wide lockdown enforced since May 5, 2021.

“The puppetry sector was just beginning to revive four months ago. Within days, the second wave struck, forcing us to abandon our strings again,” said Ajaya Singh, a puppeteer from Palakana village in Kendrapara district.

The puppet artists and ventriloquists are invited to perform in religious gatherings, weddings and other ceremonies across the state. “But such gatherings were banned since the onset of the pandemic. We are now in distress,” said Fakir Singh, a puppeteer from Kendrapara district.

The lives of most puppeteers depend on the financial support from villagers. They play simple tunes on rudimentary instruments and use the dolls to tell profound tales drawn from folklore.

“I was only 12 years old when I started accompanying my father on his travelling puppet shows. My puppets (locally called kundhei) are my constant companions. But the pandemic has snatched away our livelihood,” said Aswani Das from Mantripada village.

The state has around 5,000 puppeteers, mainly concentrated in Kendrapara, Jajpur, Jagatsinghpur, Cuttack, Angul and Dhenkanal districts, according to Ramachandra Behera, a noted writer and cultural activist who has studied the health of the sector. The number of puppet artists has halved in the last decade and around 50 per cent of them are landless, he said.

Those who had another string to bow, managed to sustain themselves. But many of these artists have gone to bed hungry during the enduring pandemic months, especially since the second surge earlier this year.

“We are still optimistic that the coronavirus will disappear and we will move from village to village with our puppet shows again,” said Natabar Das, a puppeteer of Jagatsinghpur.

The authorities in some areas have been using puppet shows to spread awareness about the nature of COVID-19 and the precautions to take.

“We have penned songs to promote social distancing, washing hands and wearing masks. The audience have responded well to the messages delivered by the dancing the puppets,” said Sangram Singh, a puppeteer of Kendrapara, who was part of one such initiative.

The puppet shows have also been designed to dispel misinformation, rumors and stigma around the disease, added Singh.

Puppetry is an intrinsic part of Odisha's cultural landscape and the state should engage them more in their campaigns to alleviate their plight, said Behera.

The government should provide financial help and other support to puppet artists who have been struggling due to COVID-19 restrictions, said Rajankanta Das a puppeteer of Jajpur.