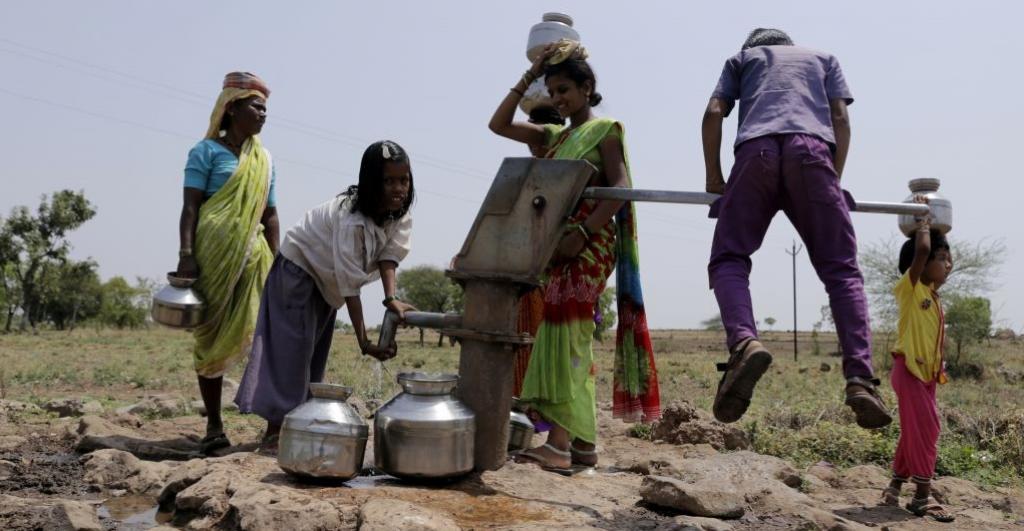 Rural economy could be adversely affected due to the second wave of the novel coronavirus disease (COVID-19) — despite forecast of record agricultural production and normal monsoon this year — warned experts. It may even drain the overall economy, they cautioned.

India Ratings and Research (Ind-Ra), a credit rating agency, May 27 said the economic impact of the second COVID-19 wave would be harder due to loss of demand in rural India. The demand will probably not pick up soon either, it added.

Rural consumption was a boon for the economy during the first wave of the pandemic in 2020, for it remained largely unaffected till early 2021, according to economists and rural policy experts. But with a positivity rate of over 10 per cent in more than half the country’s districts, the expenditure pattern of rural households can take a turn for the worse, even if agricultural output / income remains the same.

There may be a tendency to supress discretionary spending due to the fear of impending disease, said Abhirup Bhunia, a development consultant.

“A downward force on consumption and demand in rural areas this year will hit us. Rural demand saved us in 2020. A health crisis of this measure will put pressure on out-of-pocket expenses for many families,” said Bhunia.

The share of government in the current expenditure on health in India is only 27.1 per cent; a large share of 62.4 per cent is borne by households.

“So people are going to try and save more and cut down on consumption. High out-of-pocket expenditure puts people in a debt situation,” he said.

This debt can be more damaging than the other types of household debt. “As these expenses generally occur during an illness, it limits one’s ability to work, leading to depletion of household savings and unanticipated economic shocks,” said Ind-Ra.

These out-of-pocket expenses could push millions of people below the poverty line. There could be a 10 per cent increase in rural poverty, compared to what it was a decade ago, according to Santosh Mehrotra, visiting professor, Centre for Development, University of Bath, United Kingdom and former economics professor, Jawaharlal Nehru University.

“As much as 26 per cent of the rural population was living under poverty in 2012; we are likely to see a 10 per cent increase this year. When poverty increases at this rate then aggregate demand in economy collapses. When that happens, the organised sector is impacted.”

He added that the organised sector may be doing okay, but going forward as poverty increases and wages collapse, aggregate demand will remain extremely tepid. This may mean that investments will not revive and GDP growth will not get anywhere even close to 5 per cent for the next three to four years.

This time, however, the blow is worse: Rural unemployment rate increased from 7.07 per cent at the start of the month to 10.12 per cent May 26, according to Centre for Monitoring Indian Economy.

“The migrants who walked back home in 2020 had some work before they left the cities. They went back with some savings and thus, additional money was injected into the rural economy. MGNREGA also provided employment. This time, unfortunately, several migrants were without work,” said Pradeep Kashyap, founder, Rural Marketing Association of India.

Pravakar Sahoo, professor, Institute of Economic Growth said the money in circulation or that with public currently is around Rs 29 trillion. “This is 50 per cent higher than the money that was with the public before demonetisation,” he said.

Why is the demand for money high when jobs and incomes have been lost? Sahoo explained that these are distressed withdrawals.

“People are now withdrawing money. They have lost their income and are now relying on their savings to survive. It’s a bad sign. The consumption level will go down further.”

The overall share of the rural economy in gross domestic product (GDP) is around 30 per cent. Agriculture contributes a third to the rural economy; the rest is the non-farm component that comprise industries and services. While the government estimated a record crop production in 2021, there are apprehensions if agriculture can repeat 2020’s performance.

Experts said with activities in rural non-farm sector also almost shut, there is an increase in surplus labour in agriculture. MGNREGA cannot absorb all the demand for work. Moreover, with COVID-19 making inroads in the villages, a healthy work force may not be available for the rural economy to function, said Arup Mitra, professor, Institute of Economic Growth.

“The impact on people’s incomes and economy is likely to be much worse compared to disasters such as El Nino and droughts,” he said.

Rural wage growth both for agricultural and non-agricultural activities has declined recently, according to Ind-Ra.

Even though the economic impact of the pandemic in rural areas was less severe in 2020, the Union government announced various steps in such as a stimulus package that included relief measures. This year, however, there have been no such announcements so far.

Sahoo said: “The stimulus package created liquidity in the market. The measures were not perfect, but they worked to some extent. Even many micro, small and medium enterprises could keep both their men and machinery functioning after the first wave. But there is no substantial support in the second wave. So many MSMEs like the cottage industry, which would have tried to stand up after the first wave, are finding it difficult to do so this time.”

“The Union government has given some relaxation regarding loans through the Reserve Bank of India to MSMEs. But when there is no demand and the enterprises are not operational, the relaxations are not going to help,” he added.

Economists said the government must prepare itself to initiate a wide range of schemes for low-income households in rural as well as urban areas.

“The urban informal sector and rural non-farm sector will require a great deal of attention for livelihood creation. If the same is not done, it can lead to large-scale consequences. Inequality will increase further, which will not be sustainable,” said Mitra.

Mehrotra made a case for an urban employment guarantee scheme like MGNREGA for rural areas and cash transfer to ensure a minimum income guarantee. “Spending funds for urban employment scheme will substitute for MGNREGA and will invite workers back to town,” he said.