COVID-19: The world is staring at a recession — the first to be driven by a pandemic

The novel coronavirus disease and measures to contain outbreaks can shrink the global economy by 5.2%; that would be the 4th-deepest recessions since 1870 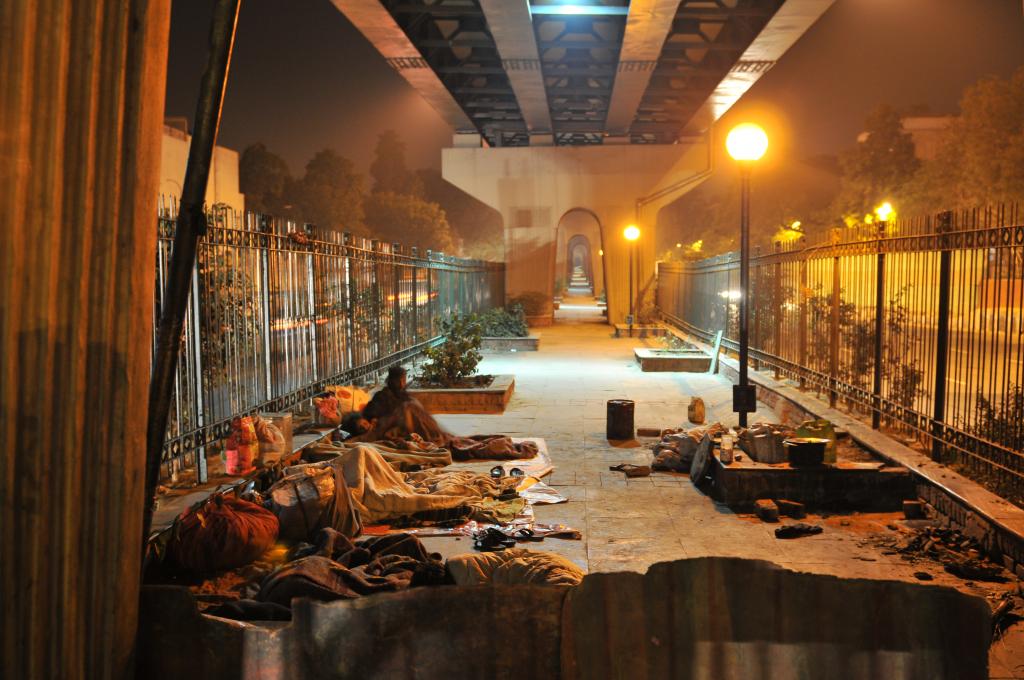 The current pandemic can push 100 million people into extreme poverty across the world. Photograph: Meeta Ahlawat/DTE

The novel coronavirus disease (COVID-19) pandemic has put a question mark on one the ‘promises’ of modern life and capital-driven economic systems: That the quality of life would increasingly improve. The crisis is, in fact, “effectively wiping out the progress made since 2017” to fight extreme poverty, the World Bank recently admitted. Its Global Economic Prospects predicted “quite significant” social and economic impacts:

The world is currently dealing with the worst ever recession since World War-II (1945-46), in terms of the impact of real and per capita GDP. There have been 14 global recessions since 1870 and none have had such a widespread impact. Some 90 per cent of economies around the world are hit by the pandemic, according to World Bank. That’s higher than even the Great Depression of 1930s, which covered 85 per cent economies.

This is also the first time in modern history that a pandemic and measures to contain it have solely triggered a recession. The prolonged global recession of 1917-21 was partly driven by the 1918-20 Spanish flu pandemic but largely stemmed from the aftermath of World War I.

The current recession is expected to shrink the world economy by 5.2 per cent — the lowest since 1975. The impact on per capita GDP will be worse: -6.2 per cent, indicating that the crisis — currently expected to last till the end of 2020 — will increase inequality in the world. Countries in ‘Latin America’ will feel the worst pinch, followed by ‘Europe and Central Asia’ and ‘the Middle East and North Africa’. 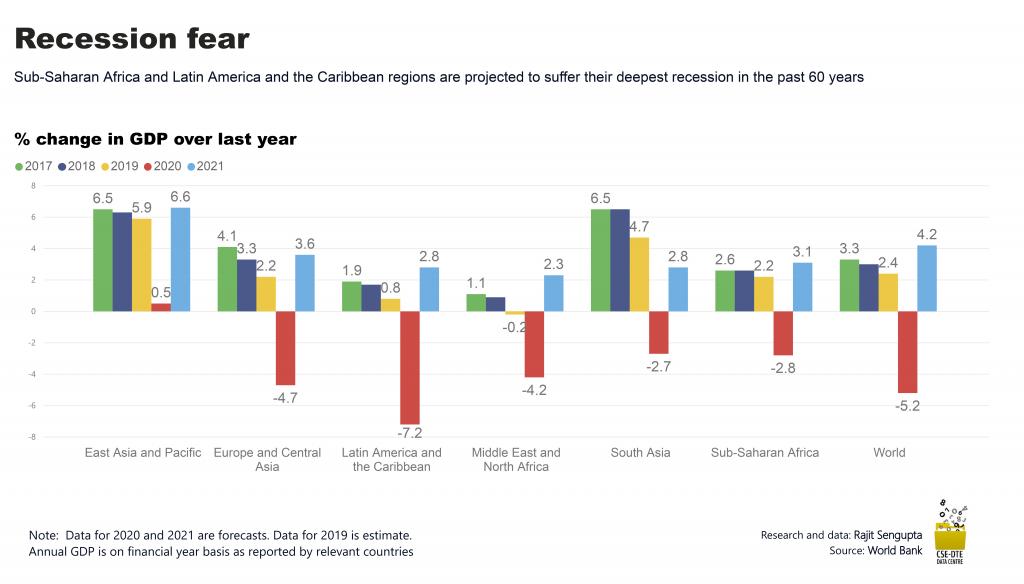 Such a recession will add to the disadvantages of the poor. This will be most visible in emerging markets and developing economies where a substantial population is employed in informal sectors.

The poor normally live in unsanitary crowded places and have limited access to healthcare. As the impact of the outbreak becomes more pronounced in developing countries, a substantial share of these populations employed in the informal sector will be pushed into further poverty.

One of the biggest scars that could be left by the current pandemic will be that the world will miss the 2030 Sustainable Goals target of eradicating poverty. The World Bank predicts the global poverty rate in a post-COVID world will be in the range of 7-8 per cent. The agency looked at three scenarios — that countries beyond 2021 follow their growth patterns of the past five, 10 or 20 years — and the results remained largely the same.

Sub-Saharan Africa will have poverty rates above 30 per cent in all the three scenarios, according to the report How Much Does Reducing Inequality Matter for Global Poverty?