COVID-19 has led to a huge demand for the black meat of the breed, said to have medicinal properties 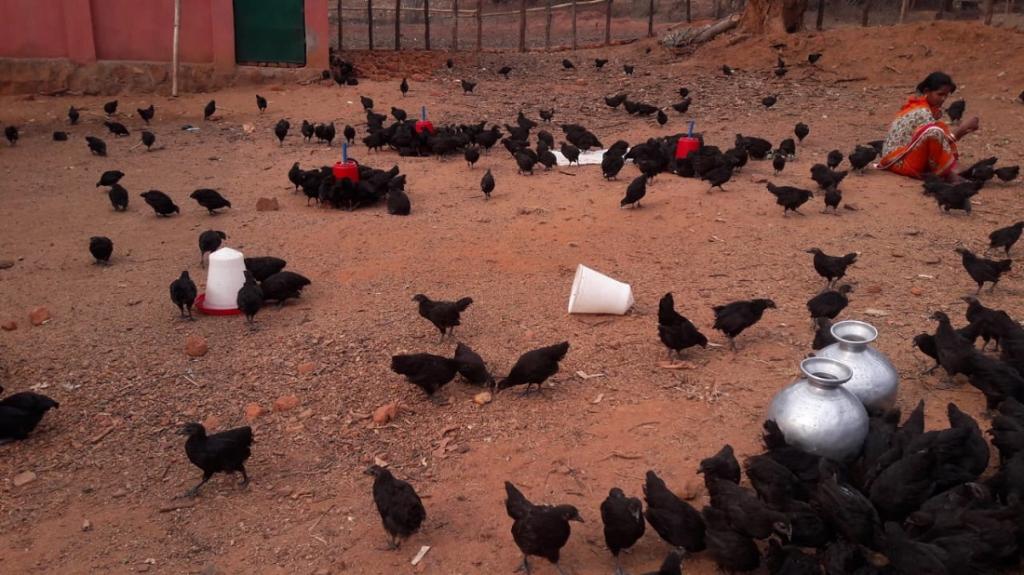 The Kadaknath, the black, protein-rich breed of chicken from Jhabua in Madhya Pradesh, is changing lives of people in Odisha for the better in these dark days of the novel coronavirus disease (COVID-19) pandemic.

The fear of COVID-19 has made many in the state eat the meat of Kadaknath to increase their immunity. As a result, farmers are making good money, Surya Narayan Mishra, a senior scientist at the Krishi Vigyan Kendra (KVK), Odisha University of Agriculture and Technology (OUAT), Kendrapara, told this reporter.

“Kadaknath farming offers great scope and potential because of its supplementary income and additional employment to farmers. We are providing proper training and other equipment to farmers,” he added.

He noted that Kadaknath was considered a premium breed. Its black meat was priced three times more than that of broiler chicken due to its high iron content and much lower cholesterol levels than other breeds.

“We are supplying Kadaknath chicks to farmers after getting them from the Central Poultry Development Organization in Bhubaneswar,” Mishra said.

The reason for the growth of Kadaknath farms currently was the increasing demand for its meat which was believed to have medicinal properties, Pradhan added.

A senior official of the government-run Odisha Livelihood Mission, Bhubaneswar said 10,000 families from Kendrapara, Koraput, Rayagada, Malkangiri, Keonjhar and other districts earned their livelihood by rearing Kadaknath with the help of OLM, KVKs and  the Odisha Tribal Empowerment and Livelihoods Programme of the Scheduled Castes and Tribes Development department.

Parameswar Swain of Rajnagar in Kendrapara district is one such person. He said:

I was working as a mason in Pune. I returned to my village last year due to the COVID-19 lockdown. I took up Kadaknath farming in July 2020 after getting a loan of Rs 200,000 as part of a community-based initiative by OLM. Now, I am reaping profits due to the huge demand for the black meat of Kadaknath. My wife Kamala is helping me.

Swain said the cost of a chick was Rs 70. A chick grew into an adult within two months and weighed around 1.5-2 kg.

“The rate of a kilogram of Kadaknath meat is Rs 400-500. I am now rearing 500 birds at my farm. We are supplying Kadaknath to nearby towns, Paradip and other areas. I will not return to Pune as this bird has provided me with proper livelihood to sustain my family,” he added.