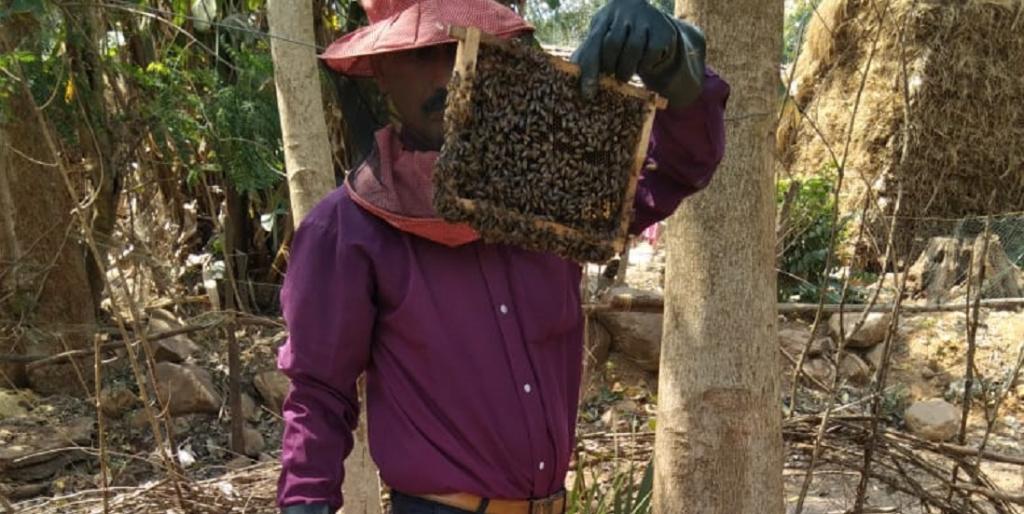 Forest fires, coupled with soaring temperatures in and around Similipal Biosphere Reserve in Odisha’s Mayurbhanj district, are likely to affect the honey output, jeopardising the livelihoods of tribal people in the district, locals have said.

Collection and cultivation of raw honey is an important occupation for forest dwellers, especially for the around 2,000 families belonging to particularly vulnerable tribal groups like Khadia, Mankadia, who live near the reserve.

In 2020-21, the OFDC and TDCCO procured around 150 quintals and 35 quintals respectively, sources said. Besides, tribal people also supplied honey to private entrepreneurs and other visitors to the area.

Honey is one of the sources of income for tribal people in the area, Sanjukta Basa, a social worker, said. An estimated 500-700 quintals of honey were produced in the district and supplied across the country under the name ‘Similipal Honey’, she said.

Tribal people, especially the Khadia tribe, will be the worst-hit due to the forest fires, Rabi Narayan Das, chairman, Centre for Weaker Section Development, a Jashipur-based non-profit said.

The honey harvesting season is from April to June. Wild honeybees make hives every year on the same trees, which tribal people term as ‘honey trees.’ They spend more than a week in the forests to collect honey, he said. The honey bees could not have stayed in the jungle when the entire area was engulfed in the smoke.

Mangal Bhakta of Kasikundala village said the smoke from the fires had disturbed the bees, thereby affecting the collection of honey. “Our sources of income have been destroyed in the smoke,” he said.

Rajat Pradhan, a honey cultivation trainer of the OFDC said they had supplied around 200 honey boxes to the tribal people in different areas of the Shyamkhut block. While several honey waxes melted due to high temperature, the bees too could not survive in the heat.

Jagannath Swain, divisional manager, OFDC, Baripada, said the extent of the impact on tribal livelihoods would be known only after end of the procurement of honey.