From tailors to paani poori sellers: MGNREGA lends a hand to migrant returnees 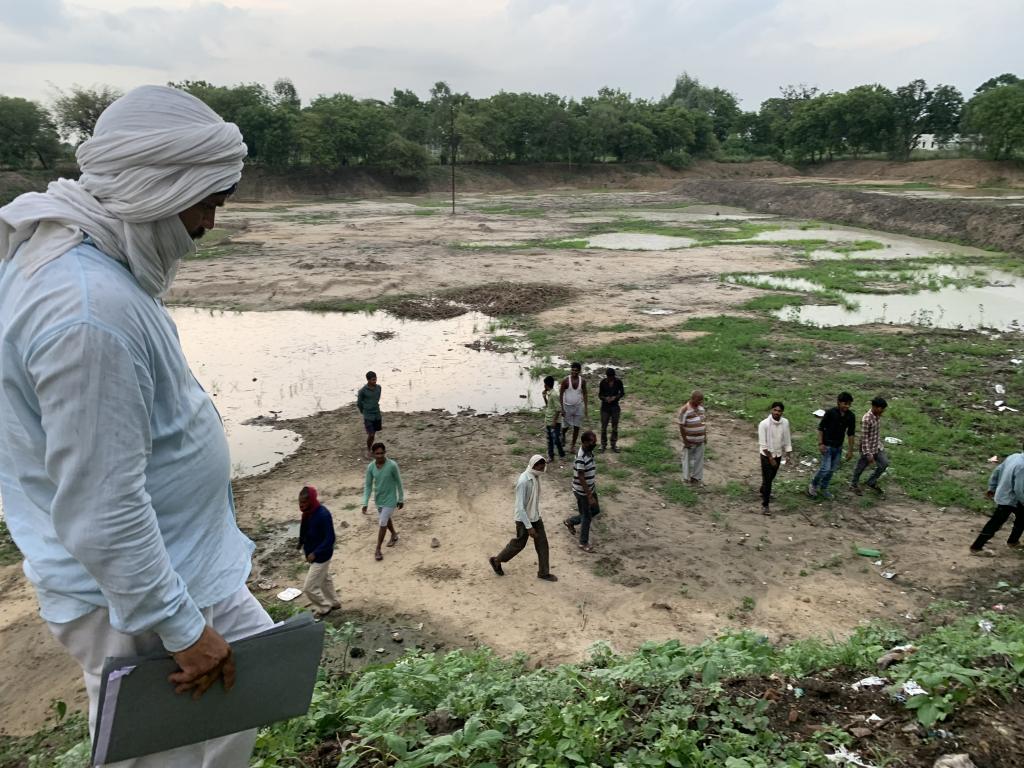 It’s been five months since the novel coronavirus disease (COVID-19) pandemic and the subsequent countrywide lockdown stripped migrant labourers of their livelihood, leading to a wave of reverse migration.

Many workers have left metropolises and big cities to return to smaller towns and villages. But what do they do? Tailors, watchmen or vendors of snacks like paani poori don’t have much work in villages.

In villages, several returnees are landless or own small land holdings, which was primarily why they migrated to cities — for a better income and life. So, falling back on agriculture is hardly an option.

Help, though, has arrived through Mahatma Gandhi National Rural Employment Guarantee Act (MGNREGA), 2005. Once criticised as the biggest failure of the United Progressive Alliance government by the current Prime Minister Narendra Modi and touted as a scheme geared towards “nothing but digging holes”, the scheme is now making sure that returnees are not without an income.

Down to Earth visited village Dhamna in Uttar Pradesh’s Jalaun — a district counted among the most backward — to see how life in rural India is being sustained by the biggest employment guarantee scheme in the world. 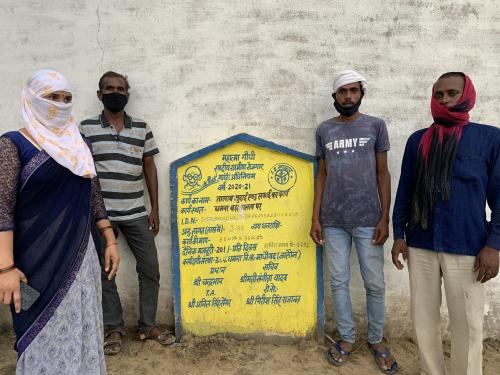 What place to call home was the biggest dilemma for Surendra Kumar, 48, till four months ago: He spent his childhood and his initial youth in Dhamna.

For the last 20 years, however, a rented room in Ahmedabad, where he worked in a garment factory as a tailor, was his home. It was in Ahmedabad that he got married and became a father to two girls.

But the lockdown imposed on March 24, 2020 left Kumar and his family struggling to pay the rent and managing other expenses.

“I used to make Rs 8,000 a month. I paid the rent, bills and my kid’s school fees. I somehow managed for two months, but decided to come home on May 25 on a Shramik train to Rai Bareilly,” he said. 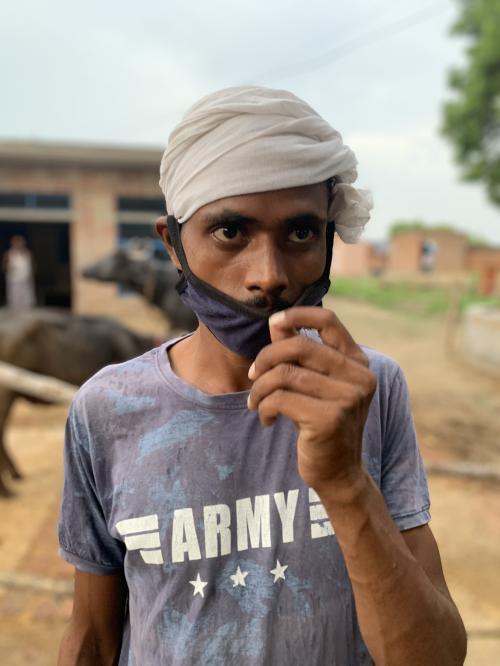 Kumar’s neighbour, Ramkumar Singh, too, had left Dhamna three years ago in a search for greener pastures. The city he found to call his second home was Warangal in Telengana. After working odd jobs for some time, Ramkumar found a stable source of income in selling paani poori.

“I earned well. People love paani poori. My stall would be thronged by customers in the evenings. I made around Rs 10,000 a month,” he said.

As the flow of customers dropped to zero following the lockdown, so did Ramkumar’s income. A month-and-a-half later, he decided to walk back home. “I managed without a job for more than a month. I walked, rode on trucks, and reached home in a week. My uncle got injured on the way,” he said. 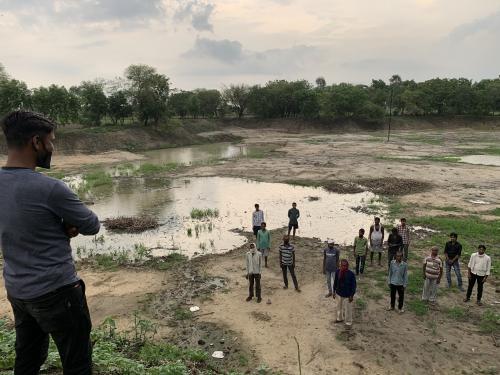 Ram Pratap Singh had a similar story: The 22-year-old used to work as a security guard at a small garment manufacturing company in Ashok Nagar, Delhi. When the company shut down in the wake of the COVID-19 lockdown, he decided to walk back home on April 10. It wasn't easy though, and he occasionally had to sneak through police barricades to evade arrest.

“We were four people living in one room near our place of work before the lockdown was imposed. There were days when there was no food. I had no savings,” he said.

Crossing borders during the peak of lockdown was hard, but Ram Pratap’s will to reach Dhamna was tougher.

“Going back wasn’t an option. We could either die of starvation or the disease. I had to reach my home,” he said, adding: “I sneaked around police barricades, walked when I couldn’t find any transport and used whatever little money I had when I did.”

Around 10 days later, after spending Rs 5,000, Ram Pratap was home in Dhamna. 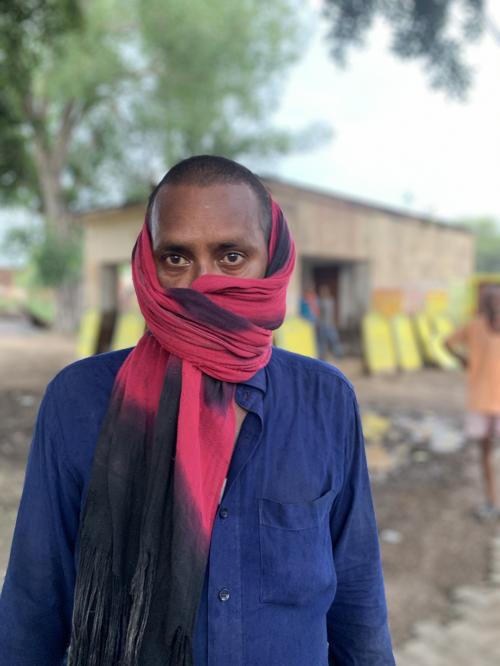 Gulab Singh, his wife and four kids were happy in Surat, Gujarat. The income from selling paani poori wasn’t much, but it was enough to get by.

So, on May 10, he headed to Dhamna on a Shramik train.

Dhamna has a population of 984; at least 206 people — including children and the elderly — returned after the lockdown.

Most of them came from Gujarat, Maharashtra and Delhi, according to Girish Kumar Singh, the Gram Rozgar Sahayak (employment Guarantee assistant). Those who did not have a job card, like Ramkumar Singh and Ram Pratap, were given new cards. Job cards of a few were no longer functional, and were reactivated.

“We added 22 job cards and reactivated 30. The village has undertaken 13 MGNREGA works since April, including nine individual works, one plantation, two check dams and one village pond. At least 1,012 person-days have been created,” Girish Kumar said.

The money is not much, but is enough to survive on till things get better.

“My wife and I have worked for around 25 days each at Rs 201 a day. We have earned around Rs 10,000 so far, which is enough to get us by. The work of digging soil is difficult, but that’s the only thing available. At least I can keep myself and my family alive and safe from the disease,” Girish Kumar said.

Many migrants who returned did not own land of their own, which limited their means to earn a living. With the economy of the nearby towns reeling under the impact of COVID-19, MGNERGA has shown a ray of hope.

Some, however, say they cannot work at such low wages their entire lives.

“I wish I could stay here in the village and not go back. This is my home, but I’ll have to leave. No one eats paani poori in this village and I cannot work as a labourer at such low wages. That was the reason I left Dhamna,” Ram Pratap said.

Till the cities accept these economic oustees back into their fold again, life in many such homes will continue: Some will dig holes and some will do backbreaking manual labour. There seems to be no other option, yet.