Fruits of globalisation have gone only to few at the top 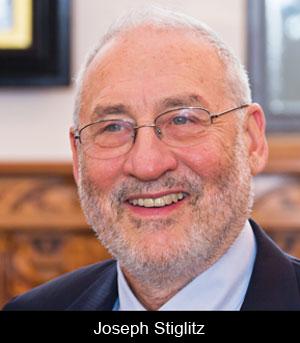 As I have travelled around the world in recent weeks, I am repeatedly asked two questions: Is it conceivable that Donald Trump could win the US presidency? And how did his candidacy get this far in the first place?

As for the first question, though political forecasting is even more difficult than economic forecasting, the odds are strongly in favour of Hillary Clinton. Still, the closeness of the race (at least until very recently) has been a mystery: Clinton is one of the most qualified and well prepared presidential candidates that the United States has had, while Trump is one of the least qualified and worst prepared. Moreover, Trump’s campaign has survived the behaviour by him that would have ended a candidate’s chances in the past.

So why would Americans be playing Russian roulette (for that is what even a one-in-six chance of a Trump victory means)? Those outside the US want to know the answer, because the outcome affects them, too, though they have no influence over it. And that brings us to the second question: why did the US Republican Party nominate a candidate that even its leaders rejected?

Obviously, many factors helped Trump beat 16 Republican primary challengers to get this far. Personalities matter; and some people do seem to warm to Trump’s reality-TV persona.

But several underlying factors also appear to have contributed to the closeness of the race. For starters, many Americans are economically worse off than they were a quarter-century ago. The median income of full-time male employees is lower than it was 42 years ago, and it is increasingly difficult for those with limited education to get a full-time job that pays decent wages. 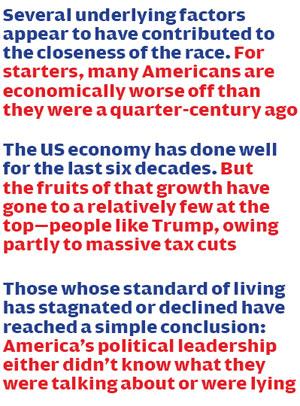 Indeed, real (inflation-adjusted) wages at the bottom of the income distribution are roughly where they were 60 years ago. So it is no surprise that Trump finds a large, receptive audience when he says the state of the economy is rotten. But Trump is wrong both about the diagnosis and the prescription. The US economy as a whole has done well for the last six decades: GDP has increased nearly six-fold. But the fruits of that growth have gone to a relatively few at the top­—people like Trump, owing partly to massive tax cuts that he would extend and deepen.

At the same time, reforms that political leaders promised would ensure prosperity for all—such as trade and financial liberalization—have not delivered. Far from it. And those whose standard of living has stagnated or declined have reached a simple conclusion: America’s political leaders either didn’t know what they were talking about or were lying (or both). Trump wants to blame all of America’s problems on trade and immigration. He’s wrong. The US would have faced deindustrialization even without freer trade: global employment in manufacturing has been declining, with productivity gains exceeding demand growth.

Where the trade agreements failed, it was not because the US was outsmarted by its trading partners; it was because the US trade agenda was shaped by corporate interests. America’s companies have done well, and it is the Republicans who have blocked efforts to ensure that Americans made worse off by trade agreements would share the benefits.

Thus, many Americans feel buffeted by forces outside their control, leading to outcomes that are distinctly unfair. Long-standing assumptions—that America is a land of opportunity and that each generation will be better off than the last—have been called into question. The global financial crisis may have represented a turning point for many voters: their government saved the rich bankers who had brought the US to the brink of ruin, while seemingly doing almost nothing for the millions of ordinary Americans who lost their jobs and homes. The system not only produced unfair results, but seemed rigged to do so. 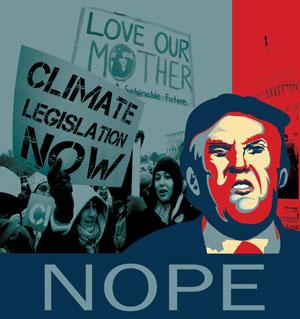 Support for Trump is based, at least partly, on the widespread anger stemming from that loss of trust in government. But Trump’s proposed policies would make a bad situation much worse. Surely, another dose of trickle-down economics of the kind he promises, with tax cuts aimed almost entirely at rich Americans and corporations, would produce results no better than the last time they were tried.

In fact, launching a trade war with China, Mexico, and other US trading partners, as Trump promises, would make all Americans poorer and create new impediments to the global cooperation needed to address critical global problems like the Islamic State, global terrorism, and climate change. Using money that could be invested in technology, education, or infrastructure to build a wall between the US and Mexico is a twofer in terms of wasting resources.

There are two messages US political elites should be hearing. The simplistic neo-liberal market-fundamentalist theories that have shaped so much economic policy during the last four decades are badly misleading, with GDP growth coming at the price of soaring inequality. Trickle-down economics hasn’t and won’t work. Markets don’t exist in a vacuum. The Thatcher-Reagan “revolution,” which rewrote the rules and restructured markets for the benefit of those at the top, succeeded all too well in increasing inequality, but utterly failed in its mission to increase growth.

This leads to the second message: we need to rewrite the rules of the economy once again, this time to ensure that ordinary citizens benefit. Politicians in the US and elsewhere who ignore this lesson will be held accountable. Change entails risk. But the Trump phenomenon—and more than a few similar political developments in Europe—has revealed the far greater risks entailed by failing to heed this message: societies divided, democracies undermined, and economies weakened.

Joseph Stiglitz is former chief economist of the World Bank and recipient of the Nobel Memorial Prize in Economic Sciences. He teaches at the Columbia Business School

The commentray was first published in Project Syndicate under the title 'How Trump Happened'. Down To Earth got the republishing rights.