Africa would not adopt rules and decisions that would restrict governments from formulating policies to industrialise, create jobs and move up in the value chain 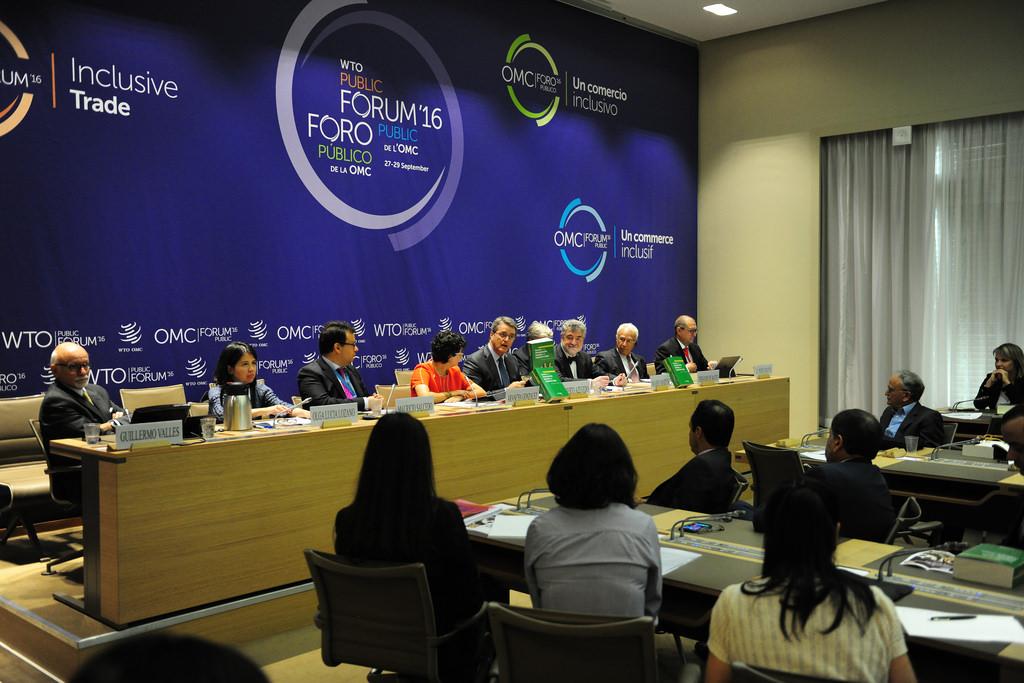 The developed countries, according to the Africa Group, are still adamant that developing nations have to give up huge agricultural subsidies. Credit: WTO / Flickr

African Trade Ministers have reinforced the position of the Geneva-based African Ambassadors and Experts a few hours before the opening of the 11th WTO Ministerial conference (MC11) on December 10, 2017.  The Ministers met on Sunday morning at Hilton Hotel, in Buenos Aires, the official venue for MC11.

Briefing African Civil Society Oranisations (CSOs) present at MC11 immediately after the Africa Trade Ministerial, a representative of the Africa Group, said that Africa remains united and solid ahead of this Ministerial and would not adopt rules and decisions that would restrict governments in Africa from formulating policies to industrialise, create jobs and move up in the value chain. That Africa’s position is underscored by the need to industrialize and structurally transform its economies.

Specifically, on the issues, the representative of the Africa Group said the imbalances in the Multilateral Trading body must be addressed. "In the Uruguay Round, developed countries crafted rules that favour them and close the door for developing countries. They have huge subsidies and also curtailed the policy instruments that are needed for development,’’ the representative told the CSOs.

"That is why the Africa Group is calling for relaxation of rules in the area of Trade Related Investment Measures (TRIMS) and those governing Infant Industry.  Also, special and differential treatment should be accorded African countries," the Representative continued. The representative indicated that Article 18 of the GATT is just problematic in terms of protecting nascent industry in Africa though the now developed countries subsidised their industry and continue to do so.

On agriculture, the Representative briefed Africa CSOs that developed countries still remain adamant in giving up their huge subsidies. ‘The notion is always created that there is the need for market-oriented policies but when it comes to areas where the developed countries are not competitive they drag their feet while their harmful subsidies wreak havoc on poor countries.

Touching on the new issues it was reported that the African Ministers have rejected those proposals. The representative stated that the proponents are asking that any measure in the area of domestic regulation must be published to ensure ‘transparency’ and allow entities to comment and their interest taken into account. Also, the measure must be based on ‘objective criteria’ and ‘reasonable’. "These are intrusive and eroding in terms of the capacity of African governments to regulate," the representative stated.

On the issue of e-commerce, the representative told African CSOs that the continent would not adopt rules that will divide it and make it impossible to develop its digital economy. "Electronic trading is good, but the mistake should not be made between binding rules in the multilateral space and trading electronically and that the two are different," the representative stated.

Asked how strong will Africa stay together in the next three days judging from previous Ministerial conferences, the representative reported that no Minister from this just ended African Ministerial objected to the Africa Group's stand and that all Ministers are solidly behind it. He also said the fault line, division between the experts on hand and the Ministers from the capitals on the other, has been closed and Africa is going into MC11 with a clear leadership.