Mother Teresa's blue and white sari has been trademarked to avoid misuse. But to what end? 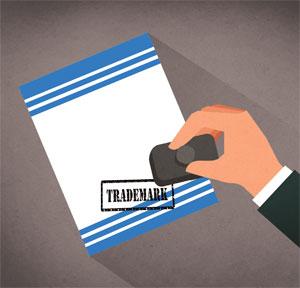 Nearly 70 years ago, a nun who left the seclusion of her convent to work among the poorest and most destitute of Indians, shed her traditional habit to wear something more in keeping with the spirit of her new assignment. The nun, who would in due course become known worldwide as the Mother Teresa for her compassion, also made famous the traditional Bengali sari she chose as the habit of her order, the Missionaries of Charity (MoC).

Mother Teresa was a professed Loreto Convent nun when she opted in 1948 to leave its cloisters and work outside with the poor. She also opted to wear the local sari in her new avatar. She chose a traditional Bengali sari she found on Harrison Road in Kolkata (Calcutta then). The simplest of these are white saris with three coloured stripes on the border, one larger than the other two, which come in red, blue and white. Mother Teresa chose the blue-striped saris and since then, these have become the habit of the MoC but are most famously identified with her.

There is also Didi who is partial to white saris with blue borders. Trinamool chief and West Bengal Chief Minister Mamata Banerjee has made the local handloom saris, white with blue borders, her trademark, but then quite a few women and men are totally identified with the apparel of their choice. Similarly, many uniforms are identifiable with well-known organisations, specially religious orders. I can still tell a Carmelite nun from her habit although the skirts have become shorter and the coifs and veils have changed dramatically in the decades since I first interacted with them.

So, religious orders have had from time immemorial their distinctive habits. What prompted MoC to trademark their habit? Trademark is an intellectual property (IP) right which becomes the exclusive property of an individual or an organisation once it is registered by the authorities. The blue and white sari was registered as the IP of MoC in September 2016 immediately after Mother Teresa was canonised. Getting the trademark was not surprisingly the idea of a lawyer. Biswajit Sarkar, a lawyer who works pro bono for the MoC, says he had filed the claim in 2013 to combat what he calls the misuse of Mother Teresa’s reputation. He says he will take “severe” legal action against unauthorised use of design even if by other charitable organisations.

Apparently, the design was being used on the covers of religious books and other material for commercial gain and needed to be stopped. But he makes it clear that even if the design is not being exploited commercially, unauthorised use will be stopped to protect the identity of the order. In an interview to The Guardian he claimed: “We are thinking about our identity. If the blue pattern, which is unique in the world, is diluted or used by the public, then one fine morning the organisation will lose their identity.”

That is as absurd as it gets. Is the saint a brand who would lose value if someone else used her blue stripes? How Sarkar goes about protecting the famous nun’s value should prove instructive. Online, there are dozens of retailers offering Mother Teresa costumes for children at a range of prices. Can he get the trade stopped?

Currently, the MoC gets its saris, about 4,000 annually, from a leper’s home in Titagarh. The inmates work round the year to weave the saris which are sent to the various convents of the order worldwide. But can it stop anyone else from manufacturing similar striped saris which are after all traditional?

Two decades ago, Sarkar trademarked the famous nun’s name to stop any exploitation. Yet, we have schools and institutions using Mother Teresa’s name. Even a cooperative bank! No wonder, the Vatican is said to be displeased about the latest trademark foray.

(This article was first published in the 16-31 August issue of Down To Earth, under the headline, 'Sainted trademark blues').