0.1 million weavers taken on board on government portal to enable weavers to market and sell produce; Union govt plans to introduce new schemes 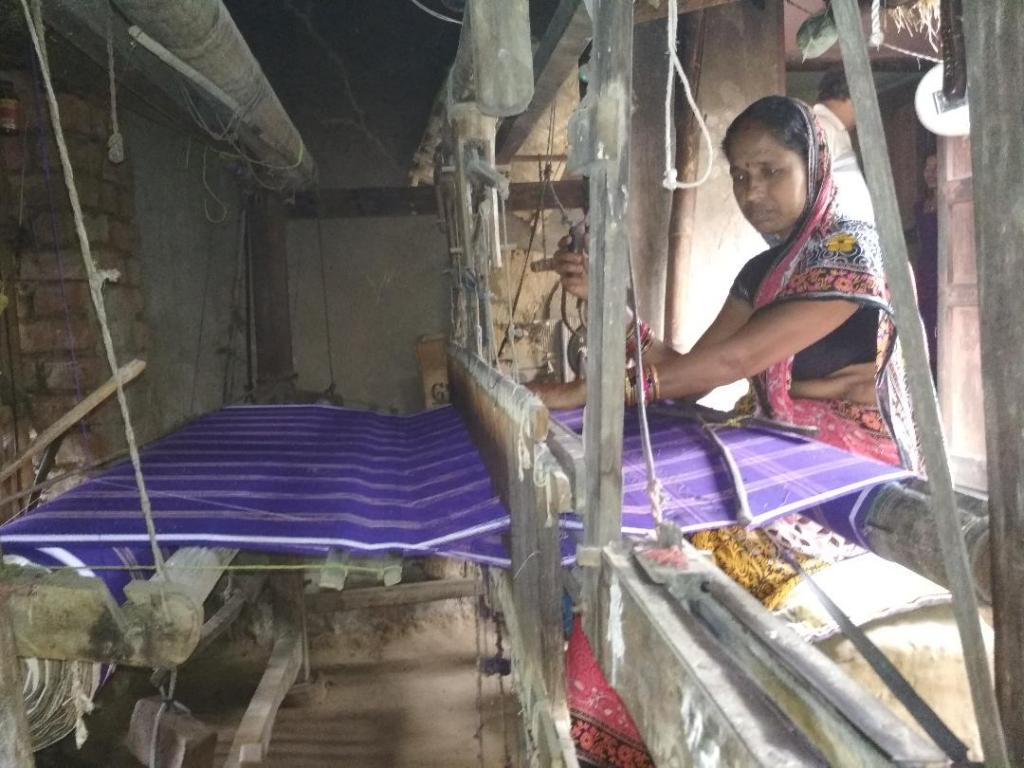 At least 98 per cent of grants to the National Handloom Development Programme (NHDP) were used up in the last three years: Rs 353.05 crore was allocated as revised estimate under grant-in-aid, against which expenditure of Rs 347.65 crore was incurred.

Union Minister of Textiles, Piyush Goyal, said this in response to a question in the Rajya Sabha August 5, 2021. There, however, was no clarification on the closure of the handloom board last year.

Financial assistance is provided to eligible handloom agencies / weavers for purchase of upgraded looms and accessories, design innovation and product diversification, infrastructure development, marketing of handloom products in domestic as well as overseas markets under various components of NHDP.

Micro Units Development and Refinance Agency (MUDRA) loans are provided at concessional rates as well. Guidelines of the NHDP are applicable throughout the country.

The achievements under the NHDP depend upon the receipt of viable proposals from the state governments as per the extant guidelines of the scheme. MUDRA loans are sanctioned by banks on the basis of their internal credit appraisal parameters.

There was also a dip in the number of viable proposals from the state governments. The conditions emanating from the novel coronavirus disease (COVID-19) pandemic led to disruptions in economic activities, leading to demand and supply shifts in the off take of raw-materials and finished goods.

The handloom sector is unorganised, rural-centric and traditional in nature. To overcome the challenges, the Union Ministry of Textiles has taken new initiatives to develop and improve the sector. These include taking on board weavers on the government e-market place (GeM) to enable them to sell their products directly to government departments and organisations.

As many as 150,000 people have been taken on board on the GeM portal so far. To enhance productivity, marketing capabilities and ensure better incomes, 125 handloom producer companies have been formed in different states.

Under Concessional Credit / Weaver MUDRA scheme, margin money assistance at 20 per cent of the loan amount subject to a maximum of Rs 10,000 a weaver, interest subvention up to 7 per cent and credit guarantee on loans for a period of three years are given.

To promote marketing of handloom products, the Handloom Export Promotion Council organises International Fairs in virtual mode. In 2020-21, 12 such handloom fairs were organised.

According to the existing policy framework, the schemes being implemented by the Government of India for the development of handlooms and welfare of handloom weavers are executed through the state governments and handloom agencies functioning in the states.

For effective implementation, the schemes are monitored from time to time at the central and state level, added the minister.

Answering another question from M Shanmugam, minister of state in the ministry of textiles, Darshan Jardosh stated on August 5 in the Rajya Sabha that the Government of India is implementing various schemes to make the Indian textile industry globally competitive, boost exports and facilitate modernisation.

The Union government is planning to implement the Amended Technology Upgradation Fund Scheme with an outlay of Rs 17,822 crore for technology upgradation of the textile industry, with one-time capital subsidy for eligible machinery.

The scheme has been designed to mobilise new investment of about Rs 95,000 crore and employment for 3.5 million people by 2022. Government launched a special package of Rs 6,000 crore for textile and apparel sector in June 2016 to boost employment and export potential in apparel and made-ups segments.

The package also comprised the Remission of State Levies (RoSL) scheme till March 6, 2019. The RoSL scheme was replaced by the Rebate of State and Central Taxes and Levies, with effect from March 7, 2019 to March 31, 2020.

The Union government has launched the National Technical Textiles Mission for research and promotion of the sunrise segment of technical textiles industry.

There were 1,360 operational cotton / man-made fibre textile mills in the country as of October 31, 2021, added the minister.

Answering  another question by Rajya Sabha member Prasanna Acharya, Piyush Goyal said the Union government had taken a policy decision to introduce a degree course in Handloom and Textile Technology of four years in all Indian Institutes of Handloom Technology (IIHT) under the Centre.

There are four IIHTs in Venkatagiri (Andhra Pradesh), Gadag-Betgeri (Karnataka), Champa (Chattisgarh) and Kannur (Kerala) and are run by the respective state governments.

The information on handloom courses under different nomenclatures being run by the private sector is not centrally maintained. As many as 340 students are awarded diplomas / post diplomas / degrees each year by the six central government-run IIHTs.