The government can allocate money more rationally between ministries and set ministry spending limits based on available resources, thanks in part to three years of revenue projections 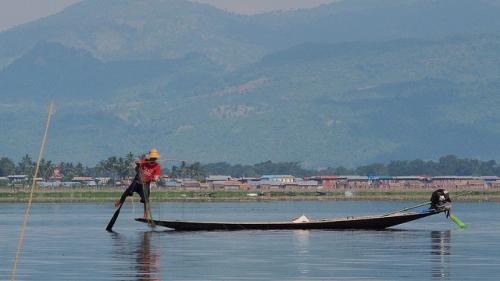 This is an important year for Myanmar. With expectations so high, the new government is under enormous pressure to prove that it can transform the more than 20 trillion kyats (USD 17 billion) budgeted into tangible benefits for the people of Myanmar. This will not be easy, yet significant reforms are already underway to help achieve this objective.

For one, the government has adopted a new way of budgeting. It can now allocate money more rationally between ministries and set ministry spending limits based on available resources, thanks in part to three years of revenue projections. The result has been an increase in education, health and social service spending, albeit from very low starting levels, and more money for the state and regional governments.

Increased income and commercial taxes have paid for this reform. So have cuts to general public service spending, including government hiring. However, defense spending has also increased substantially since 2009; social spending might have increased much more had military spending not been such a priority.

While these changes are positive signs of progress, overlooking the specificity of natural resource revenues—mainly from oil, natural gas, minerals and gemstones—hinders public finance reforms in at least three ways.

While some Other Accounts are simply payment mechanisms for subcontractors or international donors, others are enormous funds kept at the Myanma Economic Bank, only reviewed by a select few inside the Ministry of Planning and Finance and the Auditor General’s office. Myanmar’s citizens are unable to monitor how the money is being used or whom it is benefiting. In absence of official information, based on our projections, MOGE’s Other Accounts could hold as much as 4.6 trillion kyats (USD 3.9 billion).

In addition to a lack of transparency in Other Accounts, there is a question as to whether MOGE, MGE and other state-owned economic enterprises should retain such large amounts of money. In 2013-14, MOGE transferred more than 1.3 trillion kyats (USD 1.1 billion) into Other Accounts—or 60 percent of all its oil and natural gas revenues—more than either public health or education spending for the entire country.

Yet, MOGE does not serve as the “operator” in charge of managing most of Myanmar’s petroleum fields, meaning it does not need to invest significant amounts of cash in unpredictable exploration activity and does not need particularly large levels of cash on hand for sophisticated capital planning.

Currently, the Union Parliament and public interest groups do not have enough information to make informed recommendations on the amount these powerful organizations should retain for reinvestment purposes, or, alternatively, whether the system should change to give the Union Parliament greater power to approve their budgets.

However, the information we do have—including indications that the company is being allowed to hold onto significantly more money than it is spending—suggests that MOGE retains too much given its limited mandate. The people of Myanmar may be better served if a large portion of this money were spent on social services or infrastructure, or to help cover the budget deficit.

Second, the government’s rule currently limiting the budget deficit to 5 percent of GDP is inappropriate for a resource-rich country with low public debt levels, like Myanmar. While the government is rightly concerned about not overspending, the current rule is what economists call “pro-cyclical,” meaning that the government can spend more when GDP rises and must cut spending when GDP drops.

Not only does this go counter to the fundamentals of macroeconomic management, it is particularly detrimental in a resource-rich country reliant on volatile oil, gas or mineral revenues. The drop in oil and gas prices led to an approximate 600 billion kyat-drop (USD 500 million) in government revenue in 2014-15. However, the rule did not allow for temporary increased borrowing to compensate for this drop.

The current rule is also inappropriate for a country where public spending on infrastructure and social services can generate significant economic growth. According to the World Bank, in 2014 Myanmar spent approximately USD 20 per person on healthcare, compared to USD 61 in Cambodia, USD 142 in Vietnam and USD 360 in Thailand. Instead of focusing on the risks of over-borrowing, the government could focus on smoothing year-to-year spending volatility to prevent boom-bust cycles and increasing spending in areas that will reduce poverty and generate economic growth.

Third, the government does not collect what it should from the resource sector. There are many reasons for this, but one is that the Ministry of Planning and Finance’s Internal Revenue Department (IRD) is under-resourced and lacks capacity to properly audit petroleum and mining companies. Relative to agencies with similar functions in other countries, the IRD has less than one-eighth of the budget it needs to do its job. According to experts, properly funding the IRD could generate a more than 1,000 percent return on investment for the government.

Furthermore, the IRD has no real way of closely controlling tax rates and tax exemptions, which are decided by MOGE and the Ministry of Mines (now the Ministry of Natural Resources and Environmental Conservation), since contracts are neither transparent to the public nor to many other government ministries.

The IRD has also very little sway over the Myanmar Investment Commission, which plays an important role in investment incentives and is subject to political control. Discretionary tax exemptions seem to cost the government billions of kyat annually. Thus it is unclear whether the government is receiving a fair share of profits generated from the resource sector.

Additionally, smuggling and the underreporting of mineral production—particularly in the lucrative gems market—means that the reported value is sometimes less than 10 percent of the true value of mineral and gem extraction. Even if the small proportion that is declared is taxed at appropriate rates, illegal activities represent a loss of trillions of kyat per year for the government. Undeclared jade production alone could account for more than 17.5 trillion kyats (USD 15 billion) in tax revenue a year. Accurate reporting could generate trillions of kyat in tax revenue per year, enough to cover the entire healthcare and education budgets.

The government’s reforms are on the right track and spending on social programs under the National League for Democracy government is expected to increase. However, given the vast amounts of money at stake, the government should pay particular attention to the specificities of the natural resource sector.

With respect to macroeconomic management, the government could implement a rule smoothing volatile year-to-year spending, thereby preventing boom-bust cycles. Other Accounts at MOGE and MGE could be made more transparent. The government could reevaluate whether MOGE and MGE are retaining too much revenue rather than sending more to the budget to finance health, education and infrastructure. Tax collection could be improved by providing the IRD with more resources to audit accounts.

Finally, gem production monitoring could be improved and incentives provided to incorporate illegal mining activities into the formal system, thereby generating much-needed revenue. Together, these policies could improve the quality of public spending decisions and increase the share of natural resource revenues that make their way into the budget, helping pay for what the country needs most.

Andrew Bauer is a senior economic analyst and Matthieu Salomon is the Myanmar manager with the Natural Resource Governance Institute (NRGI).

This commentary originally appeared in The Irrawady and can be accessed here.