No pension for 5,000 Bhopal gas tragedy widows for 18 months

Endless wait for Rs 1,000 a month; victims unable to protest due to COVID-19 pandemic 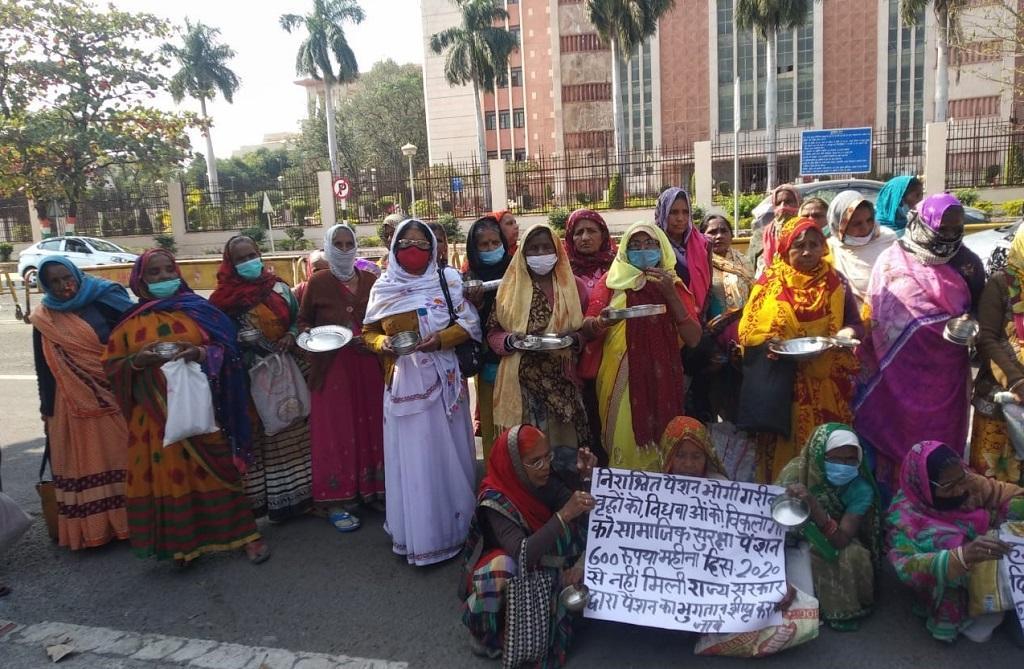 At least 5,000 women widowed in the Bhopal Gas tragedy have been waiting for their pension of Rs 1,000 for 18 months. This has happened before as well, but the women would stage protests, pressuring the state government to expedite the process.

They are unable to do so this time around because of the novel coronavirus disease (COVID-19) pandemic.

The Bhopal Gas Tragedy Relief and Rehabilitation department would give Rs 1,000 to the widows under the social rehabilitation scheme. The amount was earmarked on the recommendations of a ministerial committee at the Centre in 2010.

Between April 2016 and November 2017, however, the government stopped the pension without citing any reason. Later in December 2017, it was started again. It was revised to Rs 1,000 in 2019. This continued until the COVID-19 pandemic struck.

Balkrishan Namdev, a social worker, said: “Instead of helping them during pandemic, the central and state government have abandoned the economically vulnerable sections. If the government doesn’t help, where will these old women go?”

The CM visited them on Raksha Bandhan (a Hindu festival celebrating brother-sister bond) on August 25. He promised to rename the Gas Victim Widow colony to Jivan Jyoti colony and announced a Rs 5 crore budget for the development of the colony.

The widows came on the streets to protest following the first lockdown. They protested in the ministry’s corridors during the February 2021 budget session. While the state finance minister did announce a separate fund for gas tragedy widows, the victims did not receive a single penny.

Chiraunji (90), who has been protesting for the cause for the last three decades, said she is now weak and ill. She lives with her two grandsons, who are mostly sick and don’t have any work. The pension is the last resort for the family.

Now, the state government has stopped the below-poverty line (BPL) ration card scheme as well, she claimed. She has requested the CM to start the pension for gas widow victims and the BPL ration card for poor families.

Punia Bai (70) said she needs the pension to raise her two sons, Shankar and Purushottam Kushwah, who were affected during the gas leak. They are mostly sick, but work as electricians when they get better. But the lockdown has stripped them of work opportunities.

More than 2.5 million widows, abandoned women and specially abled people didn’t get Rs 600 rupees in pension for three months during COVID-19 lockdwn last year. The finance department didn’t give funds in proportion to the beneficiaries, the Union Department of Social Justice claimed.

This happened despite the Supreme Court’s order to deposit pension for the elderly, widows and specially abled before the fifth of every month.

“The state government boasts about good governance, but the CM forgets his promises. About 75 per cent of COVID-19 deaths in the city are of gas leak victims. This is when only 25 per cent of victims live in the city,” said Purnendu Shukla, a member of the Gas Victims Rehab committee.

Rachna Dhingra, chief, Bhopal Group for Information and Action, a non-profit, said: “Yoga centres built to improve the health of Bhopal tragedy victims are being used as wedding venues. Thousands of tonnes of toxic waste are still buried near the factory. This is polluting the groundwater for more than 0.1 million people living in the city.”

Nearly 37 years after the tragedy, dozens of petitions demanding compensation, treatment, pension and punishment for culprits are still waiting in various courts. More than 36,000 died in the gas leak; 1,000 are still suffering from severe lung, kidney and liver-related diseases.

At least 0.3 million affected victims, including those born after the gas leak, still get intermittently ill.