2014 marks the 30th anniversary of Bhopal gas tragedy. Bhopal now has three generations of people suffering from diseases or disabilities caused by gas leak. We are releasing this book that not only tracks the history of the event but also reports on the latest development. 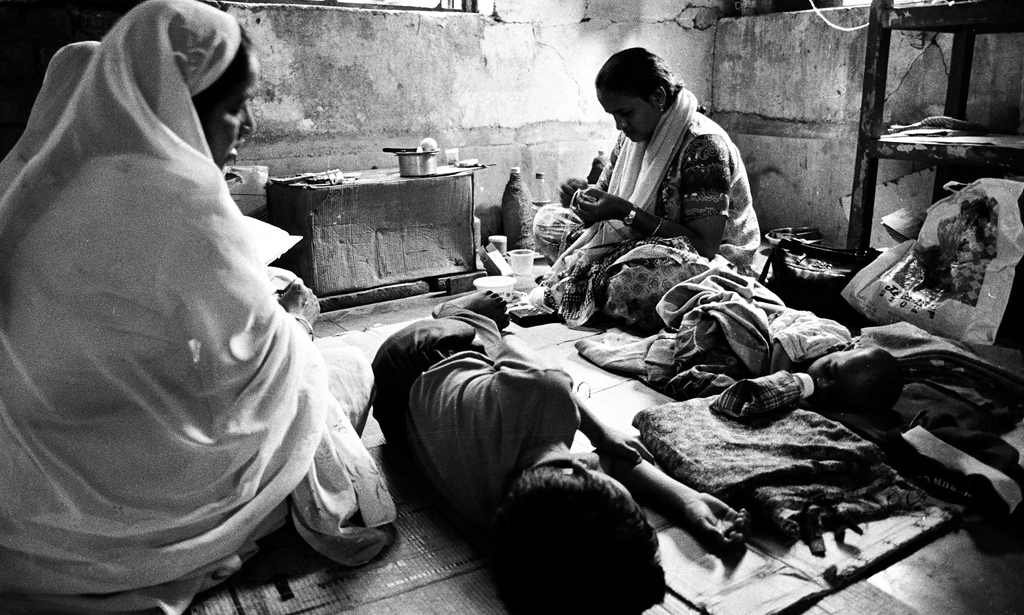 30 years of Bhopal gas tragedy:
A continuing disaster
An appraisal by Sunita Narain and Chandra Bhushan, exclusively extracted from the recently released book, Bhopal Gas Tragedy, After 30 Years
Author: Sunita Narain and Chandra Bhushan
It was on the night of December 2, 1984, when Bhopal died a million deaths. The chemical, methyl isocyanate (MIC), that spilled out from Union Carbide India Ltd's (UCIL's) pesticide factory turned the city into a vast gas chamber. People ran on the streets, vomiting and dying. The city ran out of cremation grounds. It was India's first (and so far, the only) major industrial disaster. Till then, governments had handled floods, cyclones and even earthquakes. They had no clue how to respond in this case. The US-based multinational company, Union Carbide Corporation (UCC), which owned the plant through its subsidiary UCIL, did little to help deal with the human tragedy. Thirty years later, there is no closure. Not because of what happened that fateful night, but because our response has been incompetent and callous.
Read More
Slideshow
Bhopal gas victims speak out
New book features the stories of 30 people, struck by the poisonous gas leak at Union Carbide
Select articles from DTE archive
Could Bhopal gas victims have got more compensation?
A 1988 confidential letter by JRD Tata to Rajiv Gandhi reveals Union Carbide was willing to pay a higher compensation in case of an out-of-court settlement
Author: Jemima Rohekar
Thirty years after the Bhopal gas tragedy, as victims still battle for a fair and complete compensation, documents accessed by Down To Earth show that Union Carbide could have been made to pay a much larger compensation than that proposed by Indian courts had the then Congress government pursued the matter.
Read More
The chemistry of living death
Author: Anumita Roychowdhury
THE world's biggest industrial disaster has been rendered today its most trivial. Criminal corporate culpability and governmental concern for its poorest of the poor are the 2 elements missing in Bhopal a full decade aft methyl isocyanate leaked from a U Carbide plant and littered the city's streets with the dead, the dying am those destined to ebb in slow agony. Death can be bribed into postponing its grim reaping, but it requires money. The government has made sure that the disaster's victims don't have enough of it. If there is aspect of the disaster that is not co with a miasma thick as that stink smog 10 years ago, it is that the living today are worse off than the dead. Union Only a 6th of Bhopal's 600,00 registered victims have received the begging bowl amount called, with irony whatsoever, "compensation doesn't even begin to compensate. hospitalisation charges, soaring like pack of vultures. There are some lawyers who have grown fat and sleek in the labyrinths oflegality where Bhopal's victims are routinely led astray, but that is all. Meanwhile, the world's stockpile chemicals that have not been tested toxicity or contraindications increase by 3,000 every year. All of us are seething with chemicals of dubious it safety, chemicals that come from ostensibly benign things like lipsticks and preservatives. There is a Bhopal ticking away in each one of us.
Read More
BHOPAL: the bad dream continues
Author: Vibha Varshney and Kushal Pal Singh
Bhopal is a metaphor for disaster, industrial and human. It has been the object of much speculation and typically endless litigation. A case study in regulatory law, it could serve as wonderful proof in an argument to uphold the precautionary principle. Reams of paper -- research unpublished or not undertaken -- and crores of cash - money unspent, or non-funding - facilitate the entry of a new generation of the city's residents into the 21st century, and death by unknown illness
Read More
Subterranean Leak
Author:
25 years after the gas leak, another tragedy is unfolding in Bhopal. CSE tests reveal the water and soil in and around the Union Carbide factory are loaded with pesticides
Read More
Beyond Bhopal: incentive for unsafe industries
Author: Ravleen Kaur, Kumar Sambhav and Savvy Soumya Misra
A judgement by a Bhopal court has brought the worst gas tragedy into spotlight. It has galvanized the media and the government into action. A group of ministers has recommended relief measures, clean-up of the factory site and asked the government to go after Bhopal's prime culprit, Warren Anderson. Ravleen Kaur, Kumar Sambhav and Savvy Soumya Misra revisit the tragedy and uncover why liability has not yet been fixed, where the courts and authorities went wrong and what it will take to remove the toxic waste at the site
Read More
Missing evidence
Questions are being raised about the authenticity of forensic samples of Bhopal gas victims, crucial for establishing the cause of deaths. Have they been lost?
Author: Soma Basu
Thirty years after the Bhopal gas tragedy, there is no justice in sight for the survivors of the world's worst industrial disaster. To make matters worse, the authorities have no forensic evidence of the disaster. It would have proved to be the most crucial evidence in the ongoing trials and would have also helped understand the ill-effects of methyl isocyanate (MIC)-the poisonous gas that leaked from the Union Carbide pesticide plant in Bhopal and killed thousands on the intervening night of December 2-3,1984.
Read More
Indira Jaisingh, Supreme Court lawyer and human rights advocate on fallouts of the disaster
Raaj Kumar Keswani, Bhopal-based journalist shares his thoughts on the disaster
Author Vijay Manohar Tiwari, on Bhopal Gas Tragedy
India
SUPPORT US