The number of nations in need of food aid increased to 37 from 34 in March this year. Papua New Guinea, Haiti and Nigeria have entered the list of nations requiring help to feed populations 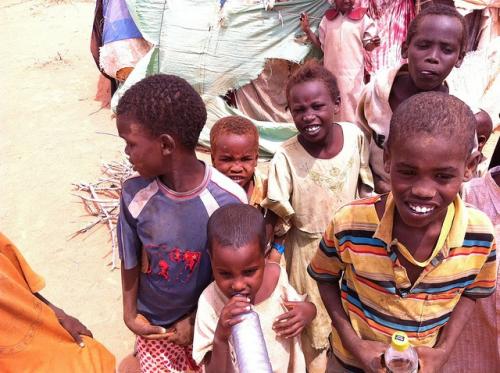 Drought caused by the El Niño and civil conflicts have increased the number of countries in need of food assistance, a new edition of the crop prospects and food situation report, says.

While the El Niño is now over, the World Meteorological Organization has forecast a 65 per cent chance that it will be followed by a La Niña episode, triggering rainfall and flooding.

The number of nations in need of food aid has gone up to 37 from 34 in March this year. Papua New Guinea, Haiti and Nigeria have made it to the list of countries requiring outside help to feed people.

In Haiti, cereal output and that of starchy roots in 2015 dropped to its lowest level in 12 years. About 3.6 million people, more than one-third of the country’s population, are food insecure while at least 200,000 are in an extreme food-emergency situation, the report says.

Haiti’s woes are mainly due to the El Niño, which has also brought on the worst drought in decades in Central America’s dry corridor.

In the southern Africa region, El Niño impacts have significantly worsened food security and the 2016 cereal harvest currently underway is expected to drop by 26 per cent from the already reduced level of the previous year. This will trigger a “substantial rise” in maize prices and import requirements in the coming marketing year.

Conflicts and subsequent displacement of populations have worsened the food security situation in 12 out of the 28 countries on the watch list, the report says.

About 13.5 million people in Syria are in need of humanitarian assistance. This year’ s harvest is forecast to drop by around 9 per cent due to irregular rainfall in parts of the country, combined with lack of agricultural inputs and damage to farm infrastructure, according to the Food and Agriculture Organization (FAO) of the United Nations.

Nigeria, which is home to Africa’s largest economy and population, needs external help due to large-scale internal displacement of people stemming from ongoing conflict in northern districts.

In Yemen, where over 14.4 million people are estimated to be food insecure, there is a high risk that desert locust swarms will increase in hard-to-reach interior regions from early June onwards.

Prolonged drought in Papua New Guinea last year has been followed by heavy rainfall and flooding in early 2016, affecting around 2.7 million people.

Global cereal output on the rise

The FAO has raised its forecast for global cereal production in 2016 to 2,539 million tonnes, up 17.3 million tonnes from its previous May projection. This is up 0.6 per cent from last year’s harvest.

Global food commodity markets are on a stable path for the year ahead with solid production prospects and abundant stocks pointing to a stable outcome for prices and supplies, the UN food agency said.

Lower food prices than last year means that the world’s food import bill are on a course to fall to US $986 billion this year, below US $ 1 trillion for the first time since 2009, even as traded volumes increase, according to the FAO’s biannual Food Outlook.

Wheat production in 2016 will outstrip utilisation for the fourth year in a row, boosting inventories of the world’s most important cereal to a 15-year high, with major surges in China and the United States.

World cereal utilization is expected to be 2,546 million tonnes for the marketing year, a slight markdown from the May projection.