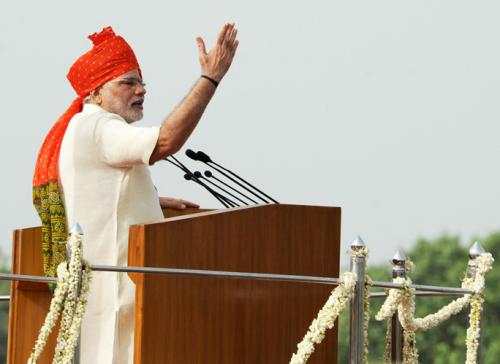 Agricultural reform, clean energy, sanitation and rural electrification were among the major issues that found a mention in Prime Minister Narendra Modi’s Independence Day speech today. Stressing on the shift in work culture from isolated to integrated development and entitlement to empowerment, Modi apprised the country about the work done by his government the past one year.