The move paves way for a uniform tax regime in India 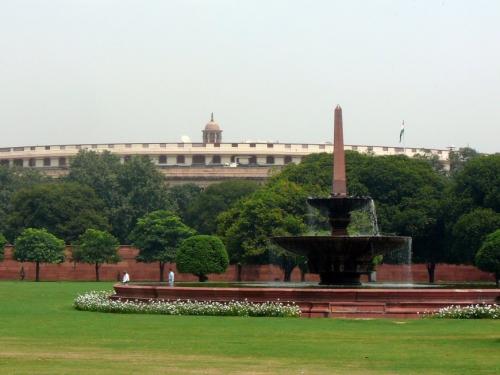 The Rajya Sabha on August 3 passed the Constitution (122nd Amendment) Bill, 2014, paving the way for India's biggest tax reform in the form of a uniform goods and services tax (GST).

The bill, which aims to bring a uniform tax regime, was passed by the Lok Sabha in 2015 but was stuck in the upper house where the ruling National Democratic Alliance lacks numbers.

The Rajya Sabha passed the GST bill with 203 votes in favour and none against after a marathon discussion which lasted nearly seven hours. Except for the All India Anna Dravida Munnetra Kazhagam (AIADMK) which staged a walkout from the house, all other parties came on board for the passage of the bill.

Six amendments were made to the bill which will now be sent for the approval of the Lok Sabha. Also, at least half of all the state assemblies need to approve the revised bill.

The amendments made to the bill include scrapping of one per cent additional manufacturing tax and compensation to states for revenue loss for five years, a mechanism for resolving GST disputes among others.

The main opposition party Congress also demanded that a constitutional cap be fixed on the GST rate. However, Union Minister for Finance Arun Jaitley assured that the rate would be kept “as low as possible”.

Calling the decision a “path breaking” one, Prime Minister Narendra Modi said that the reform would promote the Make in India programme, help exports and boost employment while providing enhanced revenues.

“I would like to add that GST will also be the best example of cooperative federalism,” Modi wrote on micro-blogging site Twitter.

An Empowered Committee of State Finance Ministers will now draft the Central and Inter-state Goods and Services Tax Bills which is likely to be introduced in the winter session of Parliament.