The deal will affect access to medicines and seeds by raising the standards of intellectual property rights, claims Forum of Trade Justice 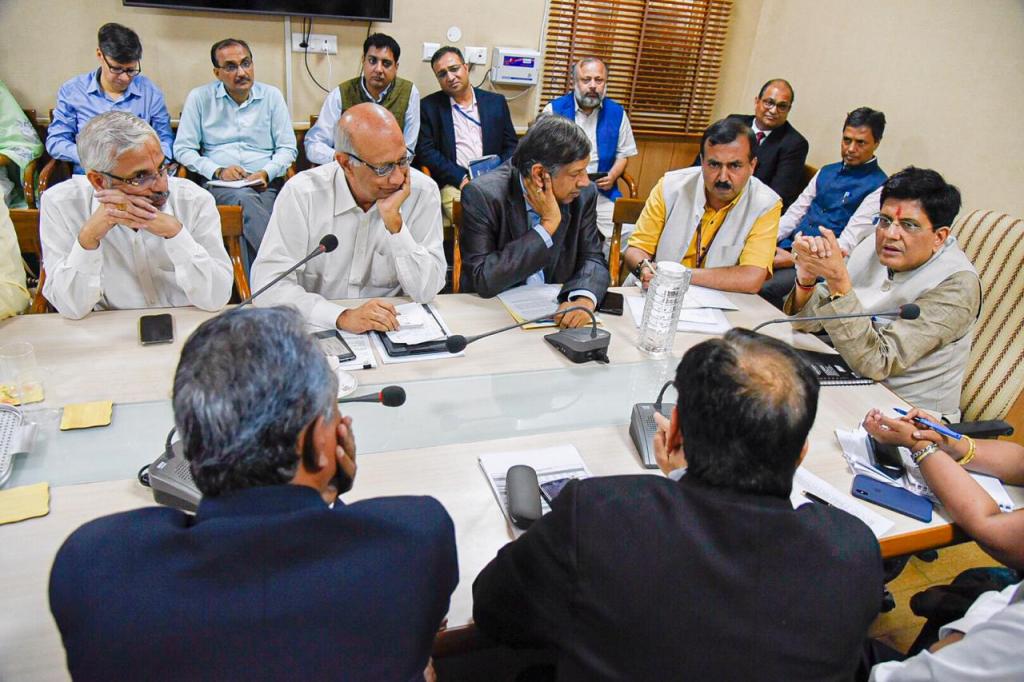 Piyush Goyal, minister of railways and commerce & industry, held a consultation with representatives of the pharmaceutical and chemical industry on the Regional Comprehensive Economic Partnership. Photo: Twitter

Regional Comprehensive Economic Partnership (RCEP) negotiations going on in Vietnam will strengthen investor rights against the rights of Indians, claimed Forum of Trade Justice (FTJ), a pan-India people’s network. The two ongoing deals with India and the USA will impact common people’s interests, it added.

If India agrees to adverse provisions in the investment chapter, it will be disastrous for the country, claimed the forum in a statement released on September 24, 2019. The RCEP will affect access to medicines and seeds by raising the standards of intellectual property rights, said FTJ.

The ongoing deal has witnessed strong opposition from various sectors in the country including automobiles, steel, copper, textile, dairy and many others. They fear that cheap imports from other countries will ruin their businesses. However, the government has not heard their concerns, they claimed.

India has proposed auto trigger and snapback as a safeguard measure, which has not been agreed upon yet. Even if the negotiating countries agree to it, it will not protect India from actual import surges, the forum claimed.

“Farmers, fishermen and the dairy sector, which supports the livelihoods of millions of small dairy farmers, have repeatedly asked the government to protect them from the flood of imports from ASEAN members, New Zealand and Australia. But our plea has gone unanswered,” said Yudhvir Singh, national coordinator, All India Coordination Committee of Farmers’ Movements.

In another development, India is negotiating a trade deal with the US. The main focus of this deal is stronger intellectual property (IP) along with reducing tariffs in the automobile and agriculture sector, claimed the forum.

If India agrees to US’s demand, it will reduce the competition from Indian generic manufacturers of medicines, it added.

“The US has, for long, been demanding for IP provisions that go beyond World Trade Organization rules such as patent term extensions, data exclusivity and amendment of the patentability criteria that India adopted to prevent patenting of new forms and new uses of known medicines. It will create monopolies in the crucial area of pharmaceuticals,” said Jai Prakash, president, The Delhi Network of Positive People.