Is the commodities super cycle slowdown a shock for Africa?

From Nigeria to Angola, South Africa or Zambia, decline in commodity prices is deflating growth and the ripple effect is affecting the reality of lives on the ground 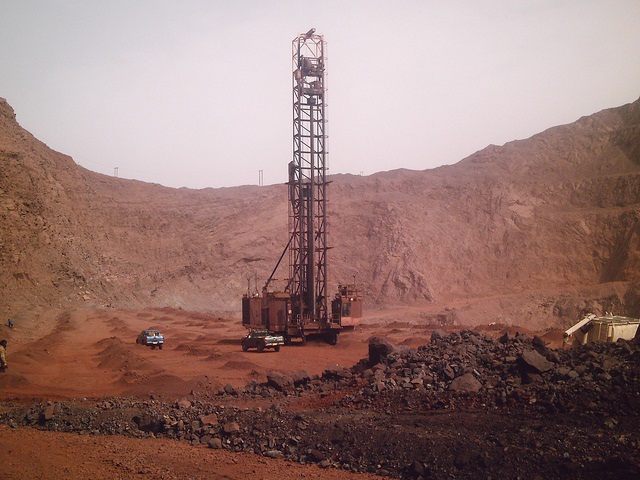 Tumbling commodity prices have refocused attention to sustainability of growth in Africa. For over a decade, high demand and rising prices for Africa's commodities have contributed significantly to growth on the continent. However, since 2011, continued fall in the price of oil and natural gas, and, more recently other minerals, are threatening to turn tailwinds into headwinds. Declining demand in major emerging economies coupled with continuous fragility in developed economies, as well as volatility in the currency and shrinking confidence all call for a reality check.

The global commodity price index slid from 125-150 between August and December 2014 to less than 103 in October 2015. Crude oil prices slowed down from over 100 USD/barrel in September 2014 to less than 50 USD/barrel in September 2015. Metal prices continues to decrease, falling below 125 in August 2015. In fact some stipulate that the prices of minerals and metals are now at their lowest since August 2002. Mining companies are trying to abate fears of profit losses by reducing production. Some estimates suggest cuts in capital expenditures by up to 20 billion USD for 2015.

From Nigeria to Angola, South Africa or Zambia, decline in commodity prices is deflating growth and the ripple effect is affecting the reality of lives on the ground. September 2015 estimates suggest that African currencies were down more than 20% against the USD. In an effort to curtail its 30 billion USD debt pile and restore investor's confidence, Glencore, the Anglo–Swiss multinational commodity trading and mining company, has cut 500,000 tons of zinc production and suspended copper production at its Katanga Mining unit in Democratic Republic of Congo and Mopani Copper Mines in Zambia. These actions have led to the removal of 400,000 tons of copper from the market. The slowdown in China is seen as the main culprit of these dramatic changes in demand. But the picture is certainly more complex.

African countries are not the only ones subjected to bad weather. Traditional and emerging economies are also on the receiving end of the deepening malaise. Brazil is facing trade deficits estimated at 40 billion USD, from a trade surplus of 20 billion USD in 2010. Russia has similar challenges, with growth of only 0.5% in 2014, compounded by geopolitical tensions and associated sanctions. Colombia, Turkey, Mexico and Chile have all seen their currencies fall between 20% and 50% against the dollar. Stock markets have responded to declining prices with continued drop in prices, some often strong. But by far the most impactful is the slowing down of growth in China, the lowest in a quarter century.

African countries remain resilient. Despite weakening commodity prices, growth momentum is set to continue, estimated to be above world and developing countries average, close to 4% in 2015. Analysis show that the impact of recent oil prices decline on Africa's growth has been less than expected. The decline in oil prices had a marginal impact. In fact Africa's growth is more attributable to internal demand as well as improved macroeconomic management. Progress in economic growth and rising wealth are contributing to the estimated 1 trillion USD projected rise in Africa's assets by 2020. This is a nearly a three-fold increase from a total of 293 billion USD in 2008, according to latest research by PricewaterhouseCoopers across 12 African markets. Indeed, Africa's traditional assets under management (AuM) is expanding aggressively, supported by megatrends such as demographic surge, fast growing middle class, increased use of technology, and rapid urbanization.

But the fact remains that many of Africa's fortunes are still driven by the commodity sector. Over 80% of total African exports are still linked to commodities, with extractive industries taking the lion' share. The amount of value addition is estimated at just over 10%. The formal employment generated by mining is 1% on the continent. These two elements are obviously related, Africa is exporting its commodities and jobs, simultaneously. It has done little to reverse such an appalling performance. It needs to catch up with its expanding labor force, and do it fast.

Awakened by the commodities super cycle downfall, time is right for Africa to accelerate its commodity-based industrialization, as promoted by the Economic Commission for Africa. It promotes an industrialization policy that leverages the continent's abundant resources and changing organization of global production process. This entails adding value to commodities, improving its backward integration, and expanding global value chain linkages to other areas of the economy. Apart from providing employment, income, price and non-price benefits, African countries, by adding value to their raw materials locally, could also bring about diversification of technological capabilities, an expanded skills base, and deepening of individual countries' industrial structures.

In the short run it would be necessary to have a commodity index that truly reflects the weight of African commodities in its GDP and projects impacts based on African realities rather than approximations. This is important so bad weather does not necessarily become associated with storms. Africans know how important that distinction is.

The article was originally published in allAfrica.