The brick kiln owner allegedly held the family captive, beat them up and made them work without paying them 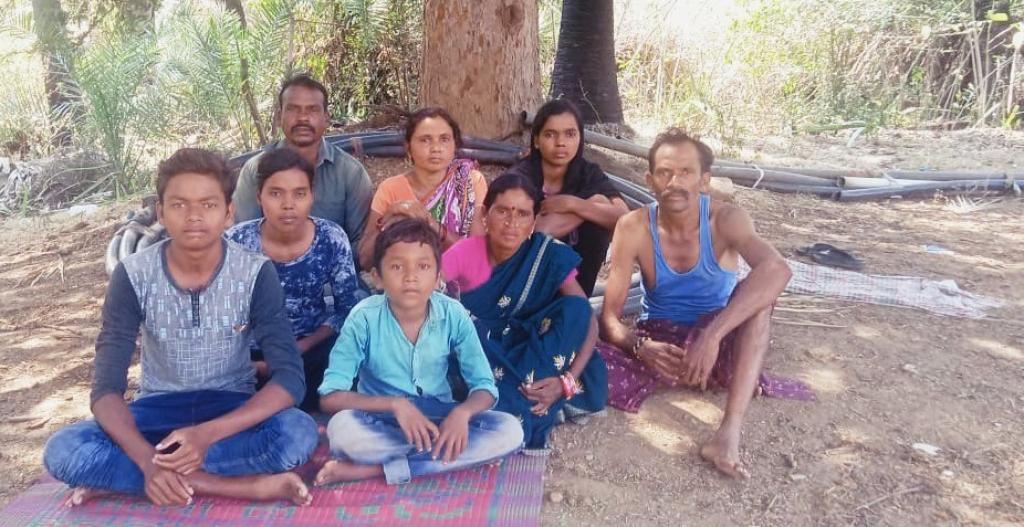 The Telangana police on May 11, 2020 rescued a migrant family from Odisha’s Balangir district from the clutches of a brick kiln owner who allegedly held them captive, beat them up and made them work without paying them their dues during the novel coronavirus disease (COVID-19) pandemic and lockdown.

The police have initiated action against the brick kiln at Gowreddipeta under Ramagundam city police area and are planning to send the family members back home to Odisha.

The migrant family comprises eight persons including four women and a 10-year-old boy. It had migrated from Bahalbhatli village under Khaprakhol block of Balangir to Nalgonda in Telangana in January to work in a brick kiln.

According to the family members, they had migrated for the first time to pay back a loan they had taken for the treatment of a family member.

However, after working for a month-and-a-half, they said they could not cope with the hard work at the brick kiln and wanted to return to Balangir.

They left the brick kiln and reached the Peddapalli railway station, but were trapped by some three-wheeler drivers who dropped them at another brick kiln at Gowreddipeta.

“We were held captive at the brick kiln and the owner forced us to work, spending less than Rs 200 per week towards our food expenses,” Siba Barik, one of the male members of the family, said.

When the Odisha government decided on April 19 to bring the state’s migrants back, the family members wanted to register for their return, but the owner allegedly beat the male members to terrorise them, they said.

The brick kiln owner had seized their mobile phones.

The matter finally came to light as Siba Barik’s daughter Sonia had hidden her mobile phone from the owner and made distress calls to relatives on May 9.

After this, the matter was on social media and non-profits working on migration issues informed the police about the family’s plight.

Ramagundam city police commissioner V Satyanarayana said complaints had been lodged against the brick kiln owner for keeping the labourers without their consent.

“There are no trains from Peddapalli to Balangir right now due to lockdown but we are exploring ways to send them back home,” he said.

Around a million migrant workers from Odisha are stuck in different states of the country.

Over 0.5 million of them have registered with the state government to return to the state. As of May 11, a total of 67,535 migrant workers have returned to Odisha.