African governments have increasingly been taking a stand on potentially controversial issues, including trade policy, land redistribution and macro-economic and debt-management policies 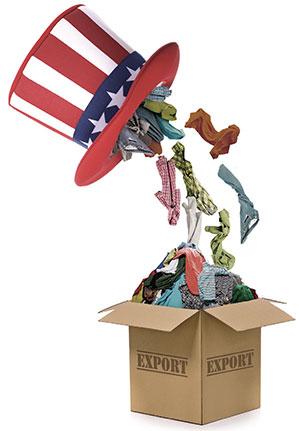 The year 2018 was marked by tremendous economic and political turbulence around the world. And yet, for future historians, it may well be the year when Africa started to claim its intellectual and economic-policy independence.

The unlikely trigger for what could turn out to be a continent-wide strategic shift was Rwanda’s decision to increase tariffs on imported secondhand clothes and footwear in support of its local garment industry.

This provoked an immediate hostile response from the US, which suspended duty-free status for Rwandan textile exports under the African Growth and Opportunity Act (AGOA), America’s flagship trade legislation for the continent.

For a small, landlocked African country that relies heavily on trade, this was a big deal. But the fact that Rwanda held its ground confirmed that times have changed. If Rwanda is willing to risk preferential access to the US market in order to develop its domestic garment industry, then it must be confident that it will find alternative markets for its exports.

African governments have increasingly been taking a stand on a wide range of potentially controversial issues, including trade policy in East Africa, land redistribution in Southern Africa, and macro-economic and debt-management policies in North Africa.

African governments’ motive for stepping up now is not only economic; it is also about dignity, intellectual freedom, and a willingness to risk charting one’s own course.

And, more broadly, African leaders recognise that the ongoing trans-formation of the global economy means that no country will have enough power to impose its strategic preferences on others, even when they are much smaller, as in the case of Rwanda and the US.

Empirical research from the World Economic Forum (WEF) shows that tariff reductions and market access have become much less relevant for economic growth than was the case a generation ago.

Trade is no longer about manufacturing a product in one country and selling it elsewhere; rather, it is about cooperating across borders and time zones to minimise production costs and maximise market coverage.

The WEF estimates that, “Reducing supply chain barriers to trade could increase [global] GDP up to six times more than removing tariffs.”

If all countries could bring the performance of border administration, together with transport and communications infrastructure, up to just half the level of global best practice, global GDP would grow by $2.6 trillion (4.7 per cent), and total exports would increase by $1.6 trillion (14.5 per cent).

By comparison, the complete elimination of all tariffs worldwide would boost global GDP by only $400 billion (0.7 per cent), and exports by $1.1 trillion (10.1 per cent).

Clearly, global value chains are now the dominant framework for trade. And, as we have seen, African countries such as Rwanda (as well as Ethiopia and Morocco) are already taking advantage of this paradigm shift. Rather than wasting time in unproductive policy discussions over tariffs, they are redirecting their strategies to focus on trade facilitation.

True, today’s trade wars have disrupted international supply chains, and will continue to do so. But new constraints will also stimulate creativity and innovation.

For example, as Meghnad Desai of the London School of Economics points out, “In the light of advances in technologies such as 3D printing and artificial intelligence, it is not far-fetched to imagine that businesses could manufacture domestically the intermediate products that they currently import.”

In this case, trade would continue apace, “but the product mix would shift from intermediate to final products.”

Moreover, in an increasingly multipolar world, low-income countries will not have to rely solely on the West for financing and policy ideas (though they will have to be mindful of the risks of indebtedness and precarious governance frameworks). Even as global commerce has undergone a tectonic shift, traditional development thinking, policies, and practices have not.

Meanwhile, as the major emerging economies pursue technological and industrial development to escape the “middle-income trap,” they are altering the distribution of roles and responsibilities across the global production system.

Owing to the economic success of countries such as China, Vietnam, and Indonesia, other low-income economies in Africa and elsewhere now have substantial opportunities to boost employment in labour-intensive industries.

After all, China now produces many of the high-value-added goods that once were the exclusive preserve of advanced economies.

As China and others continue climbing the industrial and technological ladder, the necessary relocation of large parts of their supply chains to lower-cost countries will affect the costing and pricing of goods and labour everywhere. But developing countries can actually use their latecomer status to reap substantial economic benefits.

Despite the wildly exaggerated threat of automation, African countries, in particular, can exploit their lower factor costs to promote successful labour-intensive industries in which they have a comparative advantage.

For example, African countries can lower the cost of doing business by building strategically located production clusters and industrial parks (including for green industries). They are also in a strong position to attract foreign direct investment, which brings the positive externalities of technology and know-how transfer, managerial best practices, state-of-the-art learning, and access to large global markets.

If managed properly, this two-pronged approach could provide ample employment for a low-skilled labour force, while rapidly increasing fiscal revenues. And this, in turn, would allow for improvements to infrastructure in other areas, thus creating the conditions for long-term prosperity and social stability.

While trade agreements such as the AGOA are still very important to African countries, broader economic and techno-logical changes are opening up new opportunities, and smart policymakers are seizing them. This is a pivotal moment in North-South relations.

After centuries of being politically and intellectually tethered to advanced economies with little to show for it, Africa is striking out on a new path of self-affirmation.

In this quest for prosperity, African leaders and policymakers have proved ready to withstand sanctions, threats, and setbacks. They may not all have read Nietzsche, but they know that what “does not kill us, makes us stronger”.