The road to the great regression

In the 21st century, counter reactions to globalisation have been taking radically different forms 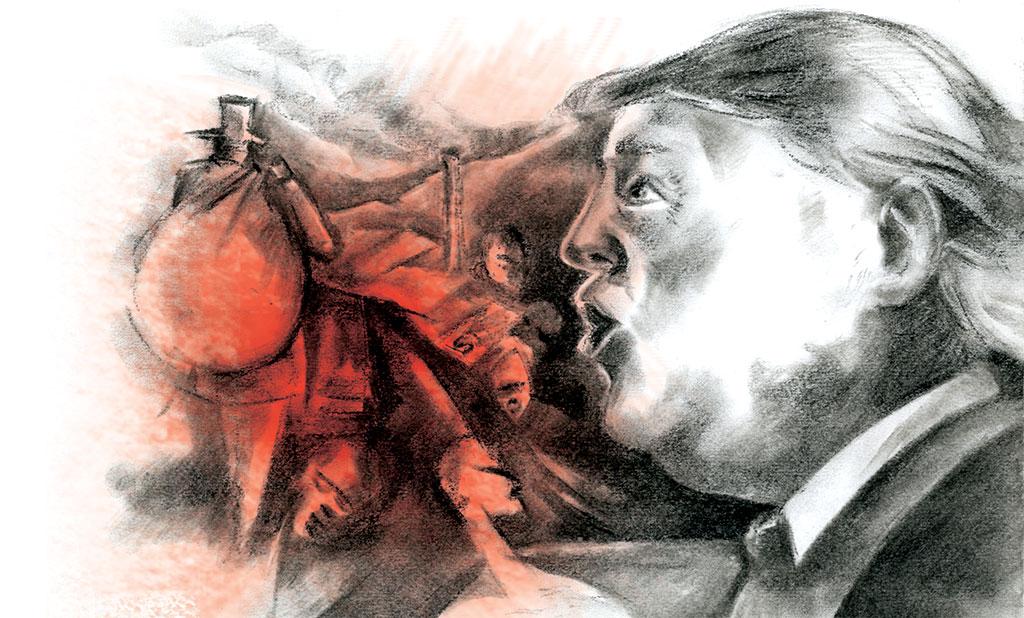 In 1980, the novelist Martin Amis attended a meeting in Texas with Ronald Reagan, then in the midst of the campaign that would put him in the White House. Reagan liked to end his electoral activities with some audience Q&A. The more personal the question, Amis explained, the more Reagan enjoyed answering.

Question: “Of all the people in America, Sir, why you for President?”

Answer: “Well, I’m not smart enough to tell a lie.”

“But why do you want it, sir?’ Reagan flexes his worn, snipped, tucked, mottled face. ‘This country needs a good Republican and I feel I can do the job. Why? I’m happy. I’m feeling good.’ Here he turns. ‘And I have Nancy to tuck me up at night.”

Laughter, applause, hats in the air.

Imagine this anecdote today. Were Donald Trump had asked the same question in 2016, it seems like he may have responded: “Because I’m unhappy. I’m feeling bad. And my relationship with my wife is catastrophic.”

And surely his Republican audience would also have clapped, identifying now not with Reagan’s optimism but with Trump’s self-portrait of anger, discontent and resentment.

Ronald Reagan, that carefree actor-president, may have been the last US leader to channel Americans’ good feelings about the free market. As Robert Putnam outlines in his famous investigation, Bowling Alone, civil society and social bonds in the US strengthened from the early 20th century until the 1970s, when the era of neoliberal reforms began.

At that point, things quickly began to unravel. Historically speaking, the growth of mercantilism, an economic nationalism that seeks to enrich the state through trade and wealth accumulation, has always deteriorated social bonds, though that’s not necessarily a bad thing. The market also weakens relationships that are clientelistic, toxic or patriarchal.

Problems arise when mercantilism becomes an expansive, generalised social dynamic, which is precisely what globalisation unleashed starting in the 1970s. After global economic crisis exposed the limits of the Fordist assembly line-style mass production model, the world veered sharply back toward the liberal, unregulated Manchester capitalism that had predominated before the second world war.

'A CATASTROPHIC LEVEL OF SOCIAL CORROSION'

We often make the mistake of thinking that globalisation is a radical new phenomenon, both postmodern and futuristic.

In fact, in his 1944 book The Great Transformation, historian Karl Polanyi was already explaining the political and social crises of the inter-war period as a reaction to the failures of the free market. From his perspective, the whole utopian idea of a self-regulating market was nihilistic and self-destructive, materially incompatible with the variety of human social life of humans.

For the pragmatist Polanyi, the “free market” never existed and could never exist. To begin with, mercantilism as a financial system has always required aggressive state intervention, both to ease the pains of its flaws and to break people’s natural resistance to being dragged along by the coattails of their economy.

Practically every government in the world has undertaken this process since the 1980s. In privatising public services, for example, they have created enormous business opportunities for local elites (Argentina being a prime example), stimulated rampant real estate speculation (just look at the UK) and used public resources to rescue the banking system from its own mistakes (remember Spain?). When mercantilism reaches the catastrophic point at which it begins to corrupt all society, Polanyi says, then collective counter-movements emerge. These efforts to reestablish communal living can have radically different political orientations.

All these were anti-mercantlist projects inspired by democratisation, learning and egalitarianism.

This history is a reminder that there is an old pattern to these shaky modern times. In the 21st century, counter reactions to globalisation have also been taking radically different forms. Early in the century, Latin America’s leftist governments challenged the neoliberal order, rejecting the Washington Consensus and building regional solidarity.

Then, there were the Arab Spring uprisings of 2010 to 2013, which sought to deepen democracy in a region long dominated by dictators.

The former was crushed and the latter has largely waned. But the innovative ideas developed in the anti-austerity protests of Iceland Greece, Spain and Portugal following the start of the European debt crisis in 2009 are still very much alive.

What has everyone talking are developments on the opposite end of the ideological spectrum: Brexit, Trump, the extreme right, Islamic fundamentalism—neoliberal backlashes offering new solutions for global elites hoping to preserve their privileges in a turbulent international economy. It is early yet for an in-depth analysis of the current regressive phenomenon. But we can at least start asking the right questions.

First, did economic discontent really fuel the rise of the modern right, as many claim? Data from the UK and the US indicate exactly the opposite. Not only—not even mainly—blue collar workers supported Brexit and Donald Trump; the rich and the educated did too.

But it is misleading to blame the resentment of the declining middle class for the state of Western politics today.

Money played a crucial role in right-wing victories in the US. Big business and well-funded think tanks, including the tobacco lobby and the billionaire Koch brothers, have funded the US Tea Party for years, and starting in 2015, they richly backed Trump.

To mobilise the traditional conservative base of the Republican Party, cash was injected into media blitzes that spread simple messages, often lies, appealing to American fear.

Money is not the whole story, but it is an important part of it and it has historic resonance. During Europe’s fascist and Nazi movements, regressive counter movements feigned solidarity with the 99 per cent while clearly enjoying the support of the 1 per cent. The market’s positive response to Trump’s victory may be a clear indication that this is happening again.

So far, the new regressive movements are adopting very different forms to their left-wing recent predecessors in Latin America and Europe. They diverge not only ideologically—with cosmopolitanism on the one side and xenophobia on the other—but also in their organisational models.

On the right, politics today is characterised by strong, personalised leadership: Recep Tayyip Erdogan, Narendra Modi, Vladimir Putin and Donald Trump being prime examples. Recent progressive anti-neoliberal movements, on the other hand, have been mostly been defined by citizen participation. There’s no evidence (yet) that regressive movements are necessarily more successful than their progressive counterparts.

Rather, in times of economic crisis, left-wing advances such as workers’ rights have been met with a powerful, well-funded resistance. The near-constant protests of Trump, Erdogan or Orban confirm progressive counter-reactions are very much alive indeed. But they seem unlikely to put regressive movements out of business any time soon.

ONE STEP FORWARD, TWO STEPS BACK

The mainstream progressive response to this reactionary challenge has been, primarily, nostalgia for Keynesian economics: increase public spending to stimulate the economy, boost demand and create employment, redistribute wealth to grow the economy, among other things.

That’s a bad alternative. Keynes is dead and he’s not coming back. Everything about his era—from the post-second world war international relations system of Bretton Woods and the Soviet threat to the fast clip of economic expansion back then—is unthinkable today.

Only in a few places has the popular response to the failure of the self-regulating free-market been to push for greater freedom and deeper democracy, rather than to retrench or reminisce.

In addition to a timid normalisation of such activism around basic rights such as housing, a universal basic income, cooperativism and feminism, we have Portugal’s left-wing ruling coalition, Podemos in Spain and the Syriza government in Greece.

Today, it is evident that Greece is not the European Union’s burden to bear but rather part of its salvation. Syriza has proposed an alternative to European financial metastasis by reclaiming fiscal sovereignty, battening down the markets, focusing on democratisation, and seeking continent-wide social solidarity. It’s noteworthy that virtually all rights-based anti-neoliberalism has come from peripheral or semi-peripheral nations: first Latin America a decade ago, and now southern Europe. All of them have faced fierce opposition from the rich West.

It may be time to start thinking about the Global South not as a problem but as a solution to the great regression.