US scientists come up with equation to measure natural capital

They used the same economic principles used to value traditional assets to calculate the value of natural capital, but factored in changes in ecosystems and human behavior 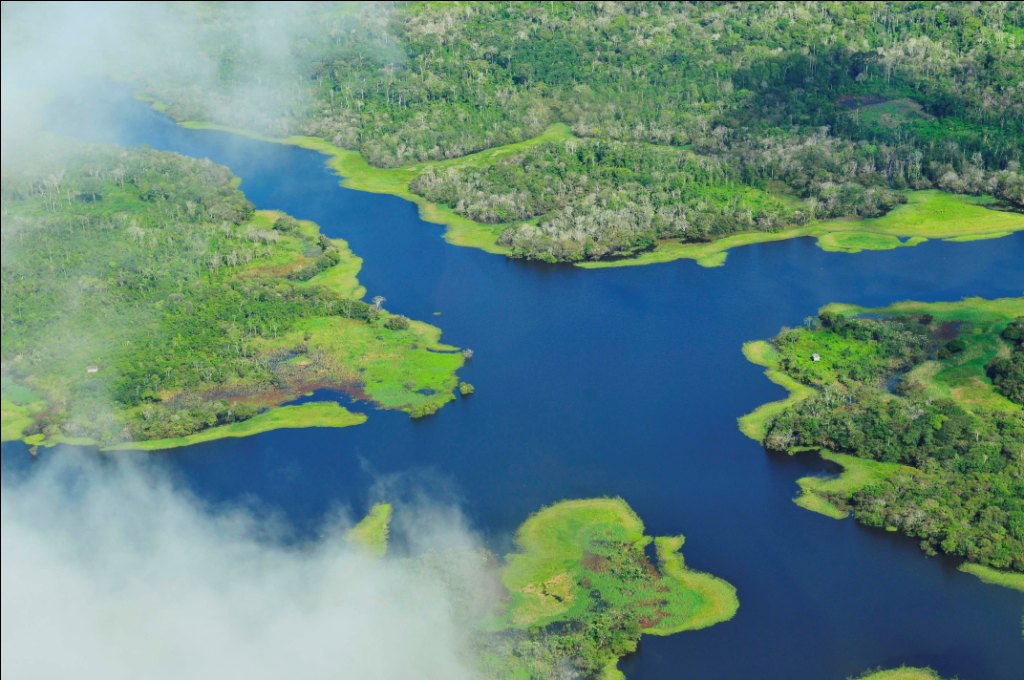 Aerial view of the Amazon rain forest near the city of Manaus in Brazil Credit: Flickr

It is now common knowledge that nature is valuable. Not nature as drinking water or lumber or food, but nature as standing forests, clean and healthy aquifers, and living organisms—nature as ecosystems without which life would cease to exist. What isn’t common knowledge is how to measure this value and compare it to other assets.

Establishing the dollar value of natural capital would be of invaluable aid in the measuring of sustainability, and would allow for the conservation of natural assets for future generations.

Researchers developed an interdisciplinary equation to estimate the monetary value of natural resources, like groundwater, before it is pumped to the surface and used.

They used the same economic principles used to value traditional assets to calculate the value of natural capital, but factored in changes in ecosystems and human behavior that influence the appreciation or depreciation of the natural resource being evaluated. The resultant figures can be compared with traditional assets like real estate, machinery and infrastructure.

"Without an apples-to-apples valuation approach, the value of natural capital cannot be measured against other assets and expenses," Abbott said. "Our work can help governments and businesses track the sustainable use of natural resources."

The research team’s quantitative framework allows the valuation of natural capital in a manner that is grounded in economic theory. It accounts for biophysical and economic feedbacks and will be able to guide interdisciplinary efforts to measure sustainability.

As an illustration, the authors applied the framework to the value of groundwater in the Kansas High Plains Aquifer, which is rapidly depleting as farmers use the water to support food production.

According the team’s calculations, Kansas lost approximately $110 million per year (2005 USD) of capital value over the years 1996 to 2005. By using up the groundwater and changing the way they managed the aquifer (through subsidies and new technology), Kansas created an annual loss in wealth approximately equal to the state's 2005 budget surplus.

"Without a calculation like ours, policy makers would lack critical information about how food production impacts our water wealth," said Abbott.

"Kansas can improve the sustainability of its agricultural system through careful groundwater management, such as policies that truly foster water-efficient agriculture, and investments in other natural and traditional assets to help offset its lost water wealth," said Yale's Eli Fenichel.

Groundwater supports 40 per cent of the world's food production. The framework the authors have published will apply to any groundwater supply as well as other natural resources.

This framework will be able to help policy makers develop better measures of local, regional and national sustainability, a need that has been expressed by prominent agencies such as the World Bank and United Nations Environment Programme.

Valuating natural capital will allow businesses and governments to define conservation expenditures as investments, and bring natural capital into the existing economic framework. It will provide a way to measure resources and keep checks on them as part of a portfolio of assets.

"Sustainability is ultimately about making sure that the portfolio of assets we give future generations— including natural capital, but also our knowledge and physical infrastructure—is at least as valuable as the one we inherited," Abbott said. "Our research helps us do a better job of bringing nature into the balance sheet of society, so that policy makers and business leaders can do a better job of evaluating tradeoffs."