Why we need a circular economy

Reusing products is not only necessary for a sustainable future, but also makes business sense 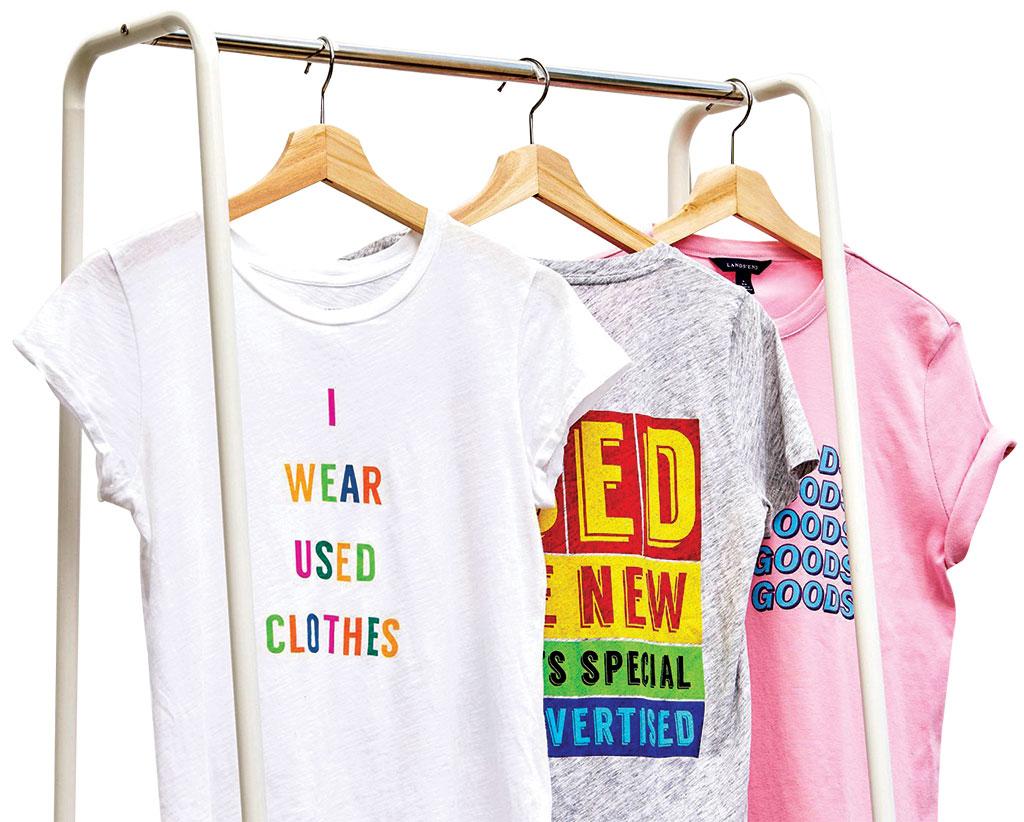 Rwanda has a reason for opposing used clothes. Pushed by flawed trade regimes and myopic policies, these goods have nearly decimated the textile, apparel and leather industries in Africa. But elsewhere, a movement of sorts has gained momentum with celebri ties urging consumers to choose second-hand clothes for a sustainable future.

“The textiles system operates in an almost completely linear way: large amounts of non-renewable resources are extracted to produce clothes that are often used for only a short time, after which the materials are mostly sent to landfill or incinerated,” says a report by UK-based think-tank Ellen MacArthur Foundation.

Globally, clothing production doubled between 2000 and 2015. During the period the number of garments purchased each year increased by 60 per cent but the average number of times a garment was worn before disposal declined by 36 per cent. More than $500 billion worth of natural resources are lost every year due to clothing underutilisation and the lack of recycling, says the report.

The volume and variety of natural resources that end up in landfill due to the take-make-disposal model is immense if one considers the diversification of industrial economy and technological advancements. “Some 65 billion tonnes of raw materials entered the economic system in 2010, and this figure is expected to grow to around 82 billion tonnes in 2020,” says a 2014 report of the World Economic Forum.

Three planet Earths would be required to accommodate the gargantuan waste humanity would produce by 2050, warns environmental group, the World Wide Fund for Nature.

Amid this impending crisis, the idea of circular economy is fast catching up. A paper published in ScienceDirect in August 2018 says in the past five to 10 years, the concept has received significant attention at various levels.

There has been a 50 per cent increase in academic publications on circular economy in the past five years. Worldwide, govern ments, particularly those facing a growing crisis of raw materials, are making the concept an integral part of their policies.

Consider China. The world’s most populous country is among the first to have realised the potential of circular economy as far back as in the 1990s. In 2008, the country adopted the Circular Economy Promotion Law and has established a commission which is responsible for planning and coordination of the circular economy.

It monitors a scheme, Trade Old for Remanufactured, which aims to motivate citizens to recycle and reuse. Under the scheme, customers get 10 per cent discount if they trade their old equipment for remanufactured items. Its 11th five-year plan has been drafted keeping in focus three R’s—reduce, reuse and recycle.

In 2017, the government introduced Circular Economy Policy Port-folio which ensures that manufacturers focus of ecofriendly designs and remain responsible for collecting, transporting, recycling and responsibly disposing of the products at the end of their life.

Japan is the other Asian player which sees circular economy as a mechanism to tide over resource constraints. It processes and reproduces its waste in such way that 98 per cent of the metals get recycled. Even 12 years ago, only five per cent of waste ended up in landfills.

In fact, in 2001, Japan was credited for introducing the first take-back law in the world, which forces retailers and manufacturers to take back used air conditioners, televisions, washing machines and refrigerators.

Under the law, consumers share the responsibility of manufacturers and the government to initiate the take-back process and pay a fee for collection and recycling of products. The law, though appears stringent, makes sense in a country whose volcanic and mountainous terrain offers limited space for landfills.

In Europe, Germany is the leader when it comes to sustainability goals. As per the Circular Economy Index prepared by media house The Politico, Germany recycles 65 per cent of its materials and sends 30 per cent to waste-to-energy plants. Only five per cent goes to landfills. The country, in fact, holds an estimated 1,260 patents that deal with sustainable products, processes and services.

Global bodies like the Organisation for Economic Co-operation and Development, the World Economic Forum (WEF) and the United Nations Environment Programme (UNEP) are also promoting circular economy through various events. In 2017, WEF and its partners established the Platform for Accelerating the Circular Economy, or PACE, to drive action towards a circular economy. Under PACE, over 50 business and government leaders have come together to create favourable conditions for widespread adoption of the concept. However, UNEP urges global leaders and think-tanks to expand the scope of circular economy beyond just recycling products.

It points out that the value-retention processes (VRPs) like remanufacturing, refurbishment, repair, direct reuse and recycling can be complementary. In a report, it points out that VRPs create net-positive outcomes by enabling product-level efficiency gains in materials and energy use, as well as help control emissions and waste generation.

Remanufacturing and comprehensive refurbishment can contribute to reduced emissions by 79 to 99 per cent in many sectors. Remanufacturing can reduce new material requirement by 80 to 98 per cent.

Comprehensive refurbishing saves more materials on an average, and it stands between 82 and 99 per cent. Repair saves an even higher share, between 94 and 99 per cent; and arranging direct reuse largely does not require any inputs of new materials. This can help us save gold, silver, indium, iridium and tungsten which can near depletion very soon.

It now remains to be seen whether countries would see their used products as waste and dump on poorer countries or try to achieve resource efficiency for a sustainable future.