Will a new and ‘improved’ WTO be in India’s interests

The World Trade Organization needs an overhaul, but the reform will leave even less space for developing nations 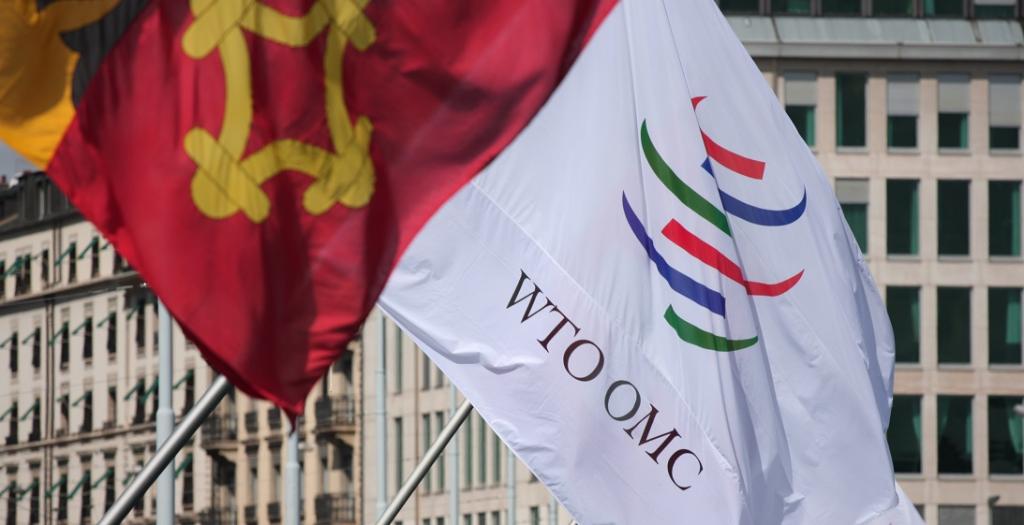 “Outside, there is anguish and fear, insecurity about jobs. It is the sacred duty of the United Nations system, the World Trade Organization (WTO) and the Bretton Woods Institutions to create reasons to believe in the future and to give people sound reasons to hope.”

That was Rubens Ricupero, secretary-general of the UN Conference on Trade and Development (UNCTAD) 22 years ago. The Brazilian economist was speaking to WTO delegates, many of them heads of government, on behalf of the UN chief. He wanted to caution them that despite the impressive gains of global liberalisation, the world was in turmoil since large numbers of people were not seeing the benefits.

The turmoil has increased manifold since then, specially after the United States mortgage crisis of 2008 roiled global financial markets and resulted in a contraction of economies.

Today, the situation is dire. The novel coronavirus disease (COVID-19) pandemic has tested the ability of the world to act in concert to tackle an unprecedented challenge, and found it wanting. The disruption of global supply chains and the growing gravity of the economic downturn have spurred widespread trade protectionism, deepening a trend that set in two years ago.

WTO finds trade restrictions by member governments have affected global imports valued at US$747 billion in 2019 alone. The rising uncertainty about market conditions has stalled investment worldwide and its implications for developing countries can be gauged from the World Bank’s projection that an additional 71 million people will fall into extreme poverty.

In the midst of the Great Lockdown and its grim trajectory, there is farce and tragedy being enacted by the US. Instead of spearheading a collective response, it has attacked relentlessly the very institutions that should be leading the charge — the World Health Organization and WTO — and has choked off funds to the former.

WTO is in a shambles, brought to its knees by successive US administrations but more resolutely by the Donald Trump regime which is contemptuous of multilateral organisations in general.

Trump is given to describing the 164-member WTO as ‘disaster’ or ‘horrible’ and frequently threatens to quit the organisation. He has paralysed a critical aspect of its work, dispute resolution, by blocking the appointment of the required number of judges to its Appellate Body.

WTO is also headless. Robert Azevedo, the director-general, quit in August, a year before his term was to expire, saying nothing much was happening at the apex trade regulatory organisation. His exit was likened to someone leaving a sinking ship.

There is a slender chance a new director-general will be appointed before the year-end but the hope that the new incumbent will revive a floundering organisation is out of the question; it is the members who drive WTO. In any case, the successful candidate would have to be someone who is agreeable to the US and Europe and, perhaps, to China as well.

Skirmishes among major trading partners — the US, China, European Union, Japan and South Korea — have erupted into full blown wars. In all three areas of its functioning — negotiation, dispute resolution and monitoring compliance — WTO is in deep crisis, says Abhijit Das, head of the Centre for WTO Studies at the Indian Institute of Foreign Trade.

“Respect for WTO rules has receded,” he says. You could argue that the credibility of WTO dented a long time ago and that multilateral rule-making had become unfeasible almost from the start.

A headline event on September 15, 2020, underlines how dysfunctional the global trading system is. A WTO panel found the US had illegally imposed tariffs on more than $350 billion worth of Chinese imports.

Since he unleashed a trade war against China in 2018, Trump had threatened tariffs on nearly all Chinese imports but stepped back from the brink in January, when he signed an initial trade deal with China.

The US had claimed its tariffs were justified because China was stealing intellectual property and forcing American companies to transfer technology to Chinese firms. WTO’s three-member panel did not accept the argument.

“A WTO member cannot waive unilaterally its own WTO obligations whenever it considers that another member is acting ‘unfairly’ and that the WTO Agreement does not provide adequate remedies,” the panel said. “Such unilateral responses are themselves both unfair and illicit under the WTO Agreement.”

There is little comfort to be drawn from the ruling. China has already retaliated against the US tariffs but there is no indication when the Chinese measures will be looked into.

The US is bound to appeal the ruling at the Appellate Body which cannot take it up since it does not have the quorum of judges. Effectively, this would land the case in a procedural limbo and prevent WTO members from adopting the panel report.

Some members have initiated a bypass operation to circumvent the blockage of the dispute settlement proceedings. In April, 18 members including the EU, Australia, China, Canada, Singapore and Brazil, notified the setting up of a Multi-Party Interim Appeal Arbitration Arrangement.

Arbitration is not mandated by WTO and how far it will succeed is an open question. That’s the reason the panel which ruled on the US-China dispute wrote in justification that “it is very much aware of the wider context in which the WTO system currently operates,” reflecting “a range of un-precedented global trade tensions”.

What is the outlook? Will WTO continue to hobble along in its crippled state? Will it wither away and die? Not at all, declares trade policy analyst Biswajit Dhar. “Big business needs a predictable rules-based system. It’s very important for them and they will not allow it.”

Besides, with new areas coming up on the horizon, such as investment facilitation, E-commerce and rules of MSMEs (micro, small and medium enterprises), all of which offer huge market access to the big players, are being pushed in plurilateral negotiations, points out Dhar, professor at the Centre for Economic Studies and Planning at Jawaharlal National University.

Behind the obvious chaos at WTO, there is steady work going on in the general and subject committees to secure binding rules on new issues.

WTO rules are not going to vanish. Instead, more might be added, warns Das. “The developing countries are aiming for a more efficient WTO, with add-ons.”

Going by the different groups working on reforming the organisation, it is clearly a different WTO that we will see soon.

The changes are aimed at reinvigorating its negotiating function which has atrophied since the collapse of the Doha Round although the dispute settlement mechanism will be the primary focus. It’s fairly certain the wings of the Appellate Body will be clipped since the US complains bitterly that the institution has created new rules of its own.

The reforms push, which started in 2018, is set to gain momentum with several initiatives under way. While the European Commission has published a revised paper on modernising WTO to “make international trade rules fit for the challenges of the global economy”, more than a dozen like-minded members have organised minister-level meetings to chart the way forward.

Besides, the US, EU and Japan have issued scoping papers on strengthening WTO disciplines on industrial subsidies and state-owned enterprises, initiatives that are aimed at reining in China.

Neither India nor any developing country of note is involved in discussions of these reforms. This is worrying since the trajectory of reform will have serious implications for developing countries. At the 1994 meeting in Marrakesh, Morocco, which led to the setting up of WTO, developing countries undertook various obligations and agreed to new disciplines on trade in goods which were only tenuously connected to the central function of trade.

In return, developed countries had promised changes in critical areas where they enjoyed huge advantages. One of these was a firm commitment to phase out the egregious agriculture subsidies that had been craftily kept out of the purview of the trading rules.

A quarter century after the setting up of WTO, that commitment has not been made good while an onerous list of new items have been added to the burden of poor nations. History might be repeating itself as developed nations begin a reset of WTO.

It would be pertinent to recall the other crucial advice that Ricupero gave the WTO members in 1998. “A word of caution is required at this juncture on the extension of the frontiers of the trading system into new areas. The use of the trade rules as a mechanism for imposing disciplines in non-trade areas would create heavy strains on the system,” he warned.

He reminded them that trade was intended to promote sustainable development and human rights. In the time of the Great Lockdown that’s an idea worth cultivating.