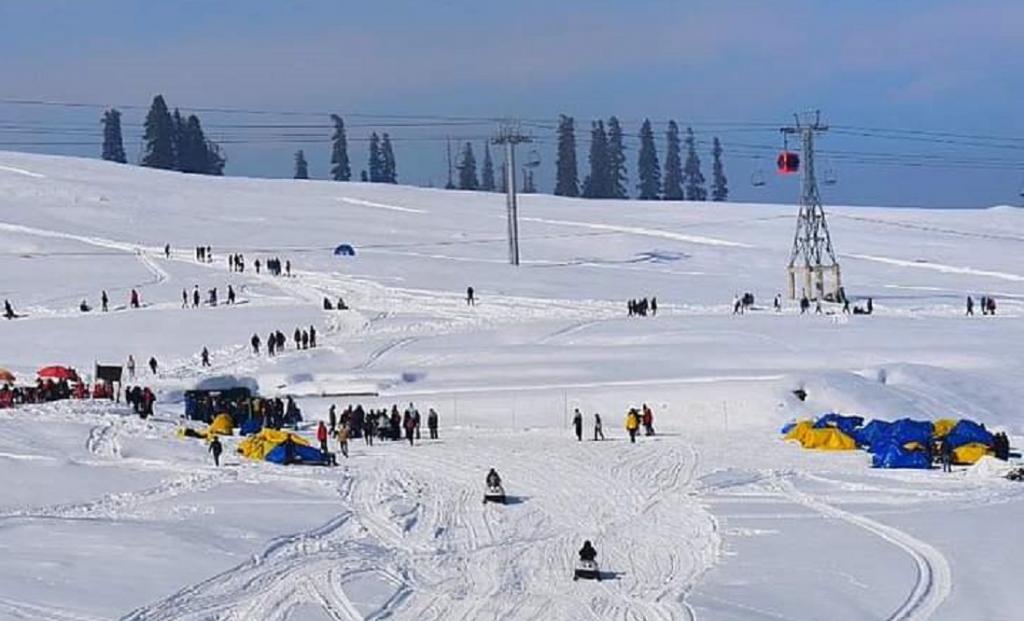 Winter snow has brought tourists back to Kashmir after a year-long lull following the revocation of Article 370 and the novel coronavirus disease (COVID-19) pandemic.

Tourism has been a pillar for the economy of Jammu and Kashmir and fewer tourists didn’t bode well. The Kashmir Chamber of Commerce and Industries (KCCI) pegged losses at Rs 40,000 crore for the year through August 2020 and estimated job losses at 144,500.

“The biggest boon for Kashmir tourism is the early snow, particularly in the famous health resorts of Gulmarg and Pahalgam, which is drawing tourists back to the Valley,” Nasir Shah, chairman of Kashmir Leisure and Pilgrimage Tour Operators told this reporter.

The ski resort at Gulmarg has seen a rush. The inflow of tourists has persuaded the tourism department to open both phases of the Gulmarg Gandola — from Gulmarg to Kongdoor and from Kongdoori to Apharwat.

The pandemic-driven ban on international travel has meant more domestic tourists turning to the Valley. “Kashmir remains a favourite with all Indians,” he added.

The number of COVID-19 cases have also come down — from over 1,000 daily infections in summer to just over 200 now. Besides, the talk of vaccines has boosted confidence, Shah said.

The hospitality industry, however, have to remain vigilant; they have been asked to observe standard operating procedures and ensure occupancy remains below capacity to maintain distancing norms.

The footfall is part of a process that started in July, after 11 months of shutdown: On August 2, 2019, three days before the revocation of Article 370, the then state home secretary Shaleen Kabra asked pilgrims and tourists to “immediately” curtail their stay and leave “as soon as possible”.

There were 25,000 tourists in hotels in Gulmarg, Pahalgam and on the Dal lake then. In July 2019 alone, more than 150,000 tourists visited the Valley, according to the tourism department.

Over the next two days, the Valley was emptied of tourists. Government transport was used to ferry them to Srinagar airport and bus terminals. A travel advisory against visiting Kashmir followed, to be lifted only on October 9, 2019.

But the inflow remained a trickle due to the security clampdown and communication blockade. Around 43,000 tourists visited the Valley from August through December 2019 and a paltry 19,000 this year (through September) — mostly before March.

The COVID-19 lockdown made Kashmir out-of-bounds like most parts of India. Foreign tourists were banned; parks and gardens, including tourist favourites like the Mughal Gardens and Tulip garden, shut.

There were no tourists in the first quarter of the current financial year. In July there were 186, which kept rising to 284 in August, 848 in September, 2,697 in October and 6,327 in November — including 56 foreigners.

The government has now geared up: The tourism department has roped in film director Imtiaz Ali “to promote local art and culture”. It has also announced winter games in Gulmarg for February 2021.

In November, tour and travel operators from Maharashtra started an ‘Unlock Kashmir Tourism Campaign’ with support from the Jammu and Kashmir Tourism Department. Some 70 operators, along with writers and journalists, visited scenic spots in Kashmir.

“We are banking on winter to bring back tourists,” Manzoor Ahmad Pakhtoon, a member of KCCI, associated with its tourism wing, said. “The coming three months are crucial. Snow is our USP (unique selling proposition),” he added.

Pakhtoon pointed out with a capacity of 35,000 tourists a day, a few thousand visitors won’t make a difference. “We need several thousand tourists a day to reasonably enhance occupancy level in the hotels,” he added.

But going by the current daily arrivals, the situation is improving by the day. On December 17, 378 tourists arrived in Kashmir by air from 14 states of India.

“We are doing our best to increase the tourist footfall,” Ahsan-ul-haq Chisti, who headed a recent visit by a team of the tourism department to Kolkata to interact with tourism industry officials and tour operators there, said.

“There is a steady growth in arrivals as is clear from the daily figures. Both enquiries and bookings are picking up,” he added.