Clean push: Why compressed biogas has an edge over CNG

CBG can replace CNG as a transport and industrial fuel, while dissuading farmers from setting fire to paddy stubble 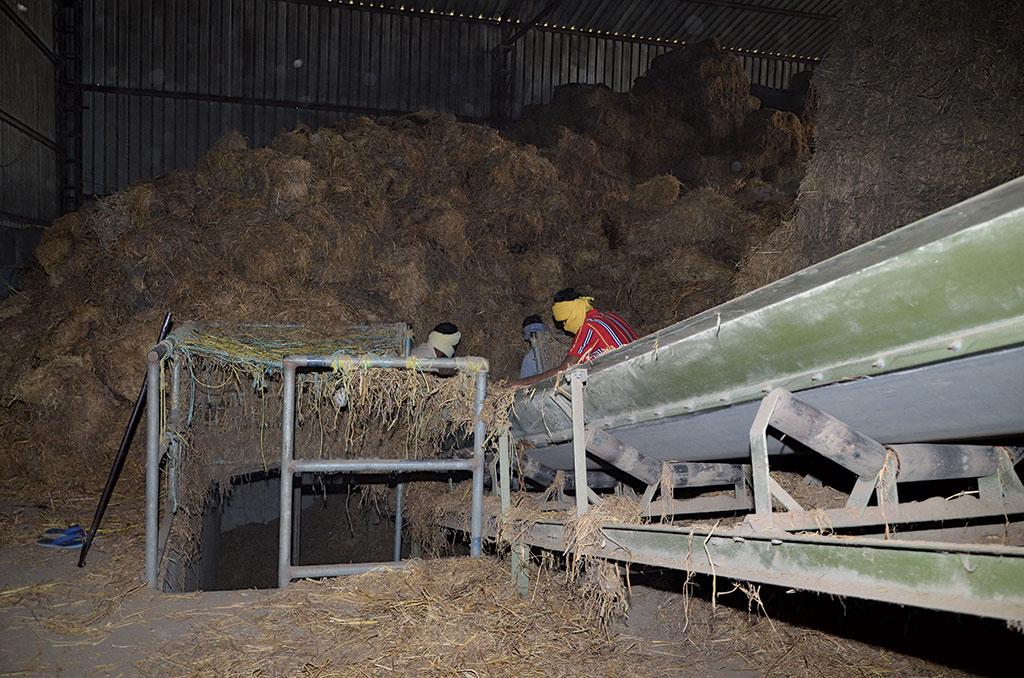 How about filling up your vehicle with straw and running it for a full year? If this sounds bizarre, then here’s more. Verbio AG, a German company, claims that you can actually do it with just two tonnes of straw.

The company is now busy setting up a plant in the middle of lush paddy fields at Bhutal Kalan village in Punjab’s Sangrur district. “Our plant will procure paddy stubble from within 15 km radius of the plant and use it as raw material,” said Yuvraj Verma, a project manager.

The plant should start producing compressed biogas (CBG) in June or July. CBG holds a win-win solution to the country’s air pollution problems.

The plant will use paddy stubble  — the burning of which increases air pollution in north India during winters. On the other hand, CBG can be used to replace compressed natural gas (CNG). India mostly imports a clean fossil fuel.

If all goes well, the country will have 5,000 such plants by 2023. Going by the policy initiative Sustainable Alternative Towards Affordable Transportation (SATAT), introduced in October 2018 to promote CBG, these plants will produce 15 million tonnes of gas, enough to reduce the country’s CNG bill by 40 per cent. This needs an investment of Rs 1.75 lakh crore and will help generate 75,000 jobs.

By the end of 2020, more than 70 such plants were under construction across Punjab, Haryana and Uttar Pradesh — the states notorious for stubble-burning. Together, these plants will consume 1.3 million tonnes crop residues a year, mostly paddy stubble.

While some like Verbio are importing technologies, others plan to use the dry-digester technology developed by Indian Institute of Technology Delhi.

Irrespective of technology, producing CBG from biomass involves a two-pronged approach. First, biogas is produced through anaerobic decomposition of biomass. Since biogas contains 55 to 60 per cent methane, 40 to 45 per cent carbon dioxide (CO2) and trace amounts of hydrogen sulphide, the second process involves purifying the gas to remove carbon dioxide and hydrogen sulphide gases to prepare CBG.

Thus chemically, CBG is the same as CNG — both are compressed methane — and has the same calorific value. The difference is that while CNG is a by-product of petroleum, CBG can be produced from any biomass, be it crop residue, cattle dung, sugarcane press mud, municipal wet waste or effluents from a sewage treatment plant.

This makes CBG a commercially viable option as it can be directly used to replace CNG in transportation fuel. Just like CNG, CBG too can be transported through cylinders or pipelines to retail outlets.

“Given the abundance of biomass in the country, CBG has the potential to replace CNG in automotive, industri al and commercial uses. It can also be used directly in generator sets to produce clean power,” says Sanjeev Nagpal whose Sampurn Agri Ventures has been running a paddy straw-based CBG plant in Fazilka, Punjab, since 2006.

Both Nagpal and Verma are confident about the future of CBG in the country as well as their busin esses. Verma’s biggest relief is that he does not have to worry about the market for this novel fuel:

“The Indian Oil Corporation Ltd (IOCL) has identified some number of filling stations where it will develop the infrastructure for CBG. It will create awareness about the gas and market it, so that by the time our plant is operational there is demand from consumers. We have signed an agreement with IOCL, under which it will also buy our entire offtake.”

To ensure a sustained interest from the industry, the government has promised to purchase gas produced by CBG manufacturers at the same rate as CNG and is offering easy loans to entrepreneurs.

“It’s a plan designed to curb burning of crop residue not by focusing on the farmer or farm-level measures, but on entrepreneurs,” says Nivit Kumar Yadav, program me director at the Centre for Science and Environment, a non-profit in Delhi.

“Once the plants are set up and farmers have a market to sell crop stubble, they will stop setting fire to their farms.” Verbio has already announced to buy paddy stubble from the target farmers for Rs 600 a tonne. Its plant will use 350 tonnes of crop residues a day to produce 33 tonnes of CBG.

The advantages of CBG do not end here. Its solid by-products can be used as bio-manure. Estimates under SATAT show the 5,000 planned CBG plants will generate 50 million tonnes of bio-manure a year.According to the Punjab Agricultural University, Ludhiana, bio-manure produced using paddy straw can result in a 20 per cent increase in crop yield.

It is a rich source of silica that not only aids in the growth and yield of crops but also bestows immunity against many diseases and prevents toxic material uptake by plants such as arsenic, cadmium, lead and other heavy metals. It can thus help reduce the requirement of chemical fertilisers.

Bio-manure produced from paddy straw also has a high water retention capacity that helps reduce irrigation requirement. The other by-product is CO2. It can be tapped while purifying the biogas and used to produce liquid or solid CO2, which have high demand for food preservation or to be used in fire extinguishers.

CBG and its by-products hold the chance for a circular econo mic growth. Let’s make it work this time.

This was first published in Down To Earth’s print edition (dated 1-15 January, 2021)